Local fires: What you need to know, updated 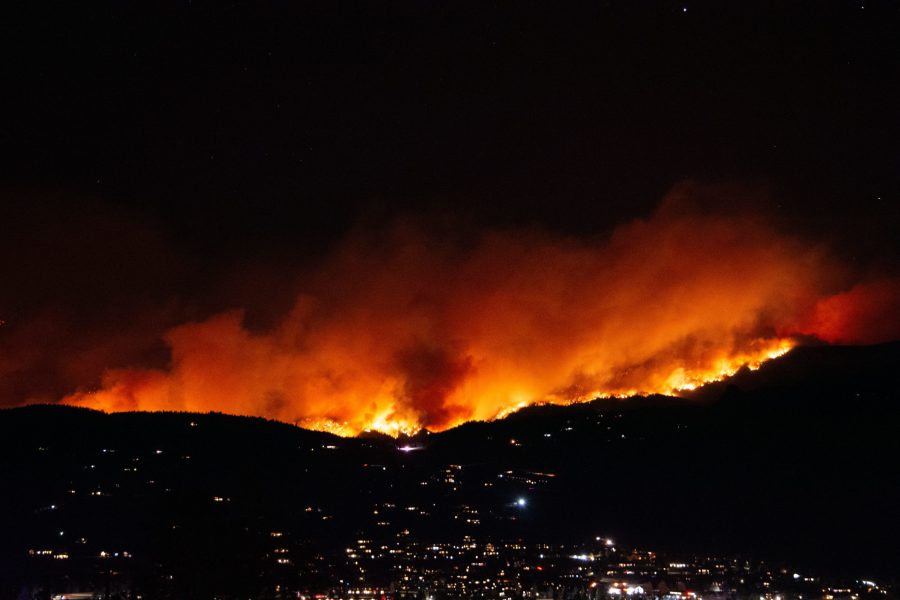 Editor’s Note: This post will be updated as information becomes available.

All mandatory and voluntary evacuation notices on the Cameron Peak Fire and in the Thompson Zone of the East Troublesome Fire were lifted by Larimer County officials Nov. 2, meaning that residents and business owners can now return to both fire areas.

Containment on the Cameron Peak fire holds at 89%, according to the Incident Information System’s Nov. 3 update.

Officials shared the news in a Nov. 2 Cameron Peak Fire update video but reminded those returning to the fire area to stay alert and cautioned residents of the emotional toll that returning to the area can take.

The Nov. 3 fire release reminded residents to “look up, look down, and look all around” as they begin returning to their properties, staying aware of potential hazards from burned or dying trees.

Signing off on the Nov 2. video, Casey and officials thanked residents for their support and patience throughout the long fire.

The Cameron Peak Fire began Aug. 13 and has burned over 326 square miles, becoming the largest wildfire in Colorado history early this October.

The East Troublesome fire is standing at a 32% containment, spreading to about 303 square miles, according to the Incident Information System. This is a 12% increase in containment since The Collegian’s last update on Oct. 27.

The slow snowmelt has allowed for moisture to be put back into the ground and other surface fuels, helping make dry fuels less available when all the snow is gone, according to Livingston.

“Overall, the fire looks really good,” Livingston said. “We continued to downsize, we are now at our organizational size, … about 110 or so firefighters that the team will be overseeing. … We feel at least for the next week, week and a half, that’s an appropriate resource to be able to provide security to the fire.”

The Cameron Peak fire increased by 3% containment from its previous 61% in an update provided by The Collegian on Oct. 27. The fire holds at about 326 square miles, according to InciWeb.

Smoke may appear due to a rise in temperatures as the snow melts, according to a Thursday release.

“Smoldering will continue with the potential to slowly spread as fuels dry out along exposed ground,” the release said.

The Mullen fire is at 95% containment, with its full containment date expected today. It has held at approximately 276 square miles since The Collegian’s last update.

The snowfall over the weekend along with the small amount on Monday piled up 15-20 inches across both the Cameron Peak and East Troublesome fires, according to an Oct. 27 release.

“The snow was not a season ending event but a season slowing event,” read the release. “Fire activity decreased in the past few days but could become more active as temperatures increase later in the week.”

“We recognize this has been a long and trying time for the local and surrounding communities impacted by these fires,” a Tuesday release said. “We will continue the aggressive suppression efforts through direct attack where it is safe to do so and implementing indirect tactics where there is the highest probability of success.”

The current plan for Oct. 27 is to assess if teams are able to get into the areas of concern given the “significant” snow. They then plan to determine the effects of the snow on the fire, according to Operations Section Chief for Pacific Northwest Incident Management Team 2 Kyle Cannon in a video update.

“As things dry out, we’ll know better where the snow was very effective and (where) we can perhaps put less energy into and places where we really need to focus and make sure that we’re ready for that when it dries out,” Cannon said.

To the northwest, the Mullen fire is at 85% containment at about 276 square miles. As of Oct. 26, all Mullen Fire evacuation orders have been lifted, according to InciWeb.

With the recent snowfall, fire authorities for the Cameron Peak fire are hopeful.

Paul Delmerico, operations section chief for Rocky Mountain Incident Management Team 1 explained that the only thing to slow the fire spread, and reduce the “imminent threat” to community homes and other structures would be “significant precipitation,” according to a Saturday video update.

According to an Oct. 25 release, heavy snow is anticipated to fall across the fire on Sunday. The precipitation will reduce fire behavior in the short term, according to the release.

“Weather conditions, road conditions and safety of firefighters has delayed fire suppression actions (for Oct. 25),” according to the release.

There needs to be “extended precipitation” for the fire to be fully extinguished. There is a chance the fire activity may increase again due to another dry week, according to the release.

To the south, the East Troublesome fire is at 10% containment, a 5% leap from The Collegian’s last update on Oct. 22.

In a video update on Oct. 25, Incident Commander for Pacific Northwest Incident Management Team 3 Noel Livingston said that there were high winds as the cold front came throughout the day on Oct. 24.

The Mullen fire is at 85% containment at about 276 square miles. According to an Oct. 24 Facebook post, authorities for the Mullen fire do not expect any changes in containment nor fire spread for “the foreseeable future.”

Firefighters managed to hold the fire at 55% containment under similarly critical weather conditions yesterday, after containment on the state’s largest wildfire fell on Monday night from 62% to 51%, according to previous releases.

Despite the intensive red-flag conditions which firefighters continue to operate in, Paul Delmerico, operations section chief for Rocky Mountain Incident Management Team One, mentioned in a Wednesday morning Facebook update that there were “no issues, no concerns all the way around to the west end of the fire from the north end of the fire.”

Delmerico also stated that teams operating on a spot fire just east of the main Cameron Peak fire had “another good day yesterday” and that containment was looking “really good” on the spot fire’s eastern most edges.

Containment for the Cameron Peak fire has held at 62%, according to a Monday release. The air quality was classified as good but could shift to moderate given the possibility of increased fire activity, according to the smoke outlook.

“We had a good opportunity with the weather today,” Deputy Incident Commander Dan Dallas said in a release. “Good work was done.”

Larimer County Sheriff Justin Smith explained in a Facebook post that there have been 10 Damage Assessment Teams put together to document the damage done to homes and cabins within the affected area.

The fielding times should begin work again today, according to Smith.

“This fire is dynamic, and due to the complexities of the fire, we’ve got to put the resources where the needs are,” said Paul Delmerico, operations section chief for Rocky Mountain Incident Management Team 1 in a video update.

Despite aircrafts being unable to fly due to limited visibility caused by clouds yesterday, helicopters were able to fly this morning with water drops to help with relief efforts.

“By this afternoon, the combination of sunny skies, high winds and low humidity will dry out fuels and increase fire activity and smoke,” the release said.

Colorado continues to burn as new and old fires flare up across the state.

Over the weekend, the Cameron Peak fire has grown to approximately 317 square miles with 62% containment, according to the Incident Information System.

The Mullen fire has reached 55% containment and expanded to about 276 square miles.

“Moderate to heavy smoke from the Cameron Peak, CalWood and Lefthand Canyon wildfires will mainly be confined to locations near those three fires in Larimer and Boulder counties … including Estes Park and Jamestown,” according to the Colorado Department of Public Health and Environment.

On Oct. 17, firefighters placed emphasis on structure protection for the Cameron Peak fire, according to Saturday’s release.

“The Larimer County Sheriff’s Office is conducting structure assessments in areas affected by the fire,” according to an Oct. 18 release. “Information on structure damage will be released once it is safe for teams to enter the burn area and make their assessments.”

Winds were expected to remain at 50 miles per hour throughout the day on Saturday, with gusts reaching 70-75 mph in the morning, leading officials to expect “continued active fire behavior.”

A shift in weather on Saturday evening allowed for teams to “utilize aircraft and employ aggressive fire suppression actions,” according to the Oct. 18 release.

The size of the fire on Saturday was about 293 square miles with a containment of 57%.

On Sunday, Oct. 18, containment reached 62%, with the cause of the fire still yet to be determined.

According to NoCo Alert, there have been multiple mandatory and voluntary evacuations, including evacuations in Rist Canyon and South Bay, both being within 11 miles of the Colorado State University main campus.

“My biggest fear was that winds would launch embers across those lines, igniting fast-spreading new spot fires (that) would establish under conditions that would support fast growth,” Larimer County Sheriff Justin Smith wrote in a Facebook post. “I am relieved neither of those situations came to be. If they had, we would have been in a whole new world — and not a good one.”

There have been spot fires reported around the main fire. These spot fires are “ignited outside the perimeter of the main fire by flying sparks or embers,” according to the USDA Forest Service.

An email from the CSU Public Safety team was sent out to the University community on Oct. 17 with a statement issued by Poudre Fire Authority Fire Chief Tom DeMint.

The statement explained that “the fire is being driven by high winds, fuels of heavy timber that include dead and down trees and is in terrain that is impossible to access and conducive to fire spread.”

On the Cameron Peak fire alone, there are over 1,100 personnel working on relief efforts, according to the statement.

“Although some rural parts of PFA’s jurisdiction are under mandatory and voluntary evacuations, it is highly unlikely that there will be evacuations in Fort Collins,” the statement reads.

DeMint explained that there is not enough fire fuel at the fire’s edge to ignite spot fires that would spread to the City.

“The fire would have to cross Horsetooth Reservoir or go around it through mostly grasslands,” the statement reads. “This area provides a buffer where firefighting forces could directly attack the fire or create a solid fire line.”

The CalWood fire is at about 14 square miles with concerns of spread due to weather conditions, given dry conditions and high winds, according to InciWeb.

This fire is just shy of being 17 miles from Longmont.

Since its origin, the Mullen fire has damaged 66 structures, according to the Incident Information System.

We also have crews standing by awaiting permission to begin assessing damage on both fires. We have more contract crews coming in to help with our efforts. Stay safe everyone! This photo is from the #CalWoodFire taken last night outside of Longmont. #CameronPeakFire pic.twitter.com/m04sUVY199

“Interior burning with visible flame and smoke is expected to continue until significant snowfall,” according to the Mullen fire fact sheet.

Laura Studley and Sam Moccia can be reached at news@collegian.com or on Twitter @laurastudley_ and @samuelmoccia.