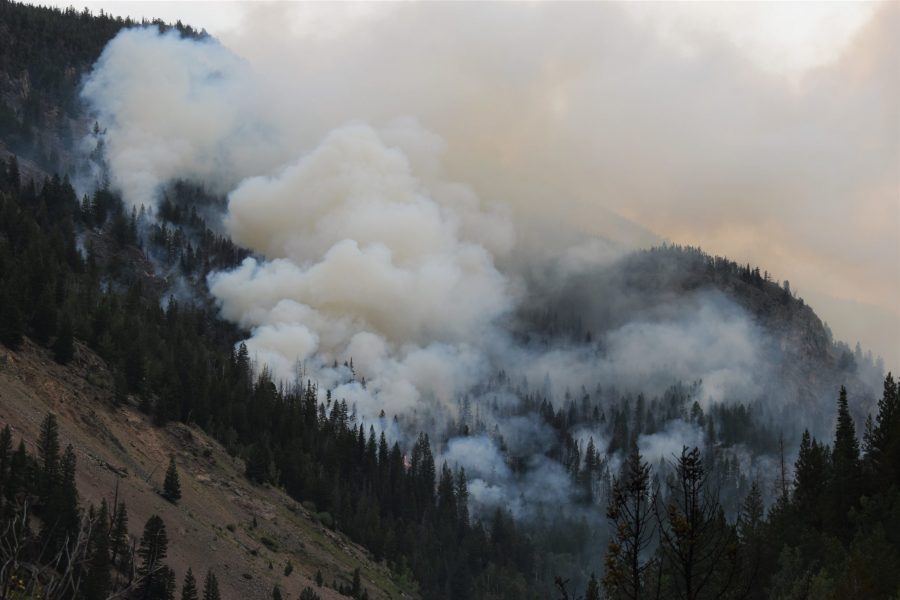 The Cameron Peak fire reached a size of over 124,000 acres, or just under 194 square miles, this weekend, gaining status as the third largest in Colorado wildfire history, according to 9News.

The record comes after growth of the fire this past Saturday, as wind gusts pushed the fire to claim an additional 20 square miles as of Sunday morning, according to the Coloradan.

The wind-aided push led the fire to the edge of the Red Feather Lakes subdivision, where residents have been evacuating following last week’s mandatory evacuation order from the Larimer County Sheriff’s Office.

Firefighters hope to take advantage of the the recent shift in winds and the cooler temperatures, focusing containment along the edge of the fire, according to the Sept. 28 Cameron Peak Fire update.

The fire has caused closures in a handful of areas surrounding the fire, including Colorado Highway 14 west of Gateway Natural Area, and in areas within Rocky Mountain National Park, the Arapaho and Roosevelt National Forests.

The fire, located just West of the city of Fort Collins and approx. 14 miles west of Colorado State University’s mountain campus, was first reported mid-August in the Arapahoe and Roosevelt Forests near Cameron peak.

As of Sept. 27, fire teams have reached 21% containment on the Cameron Peak Fire, according to the Incident Information System.

For more information on evacuations and structural damage caused by the fire, please visit nocoalert.org.

Sam Moccia can be reached at news@collegian.com or on Twitter @SamuelMoccia.