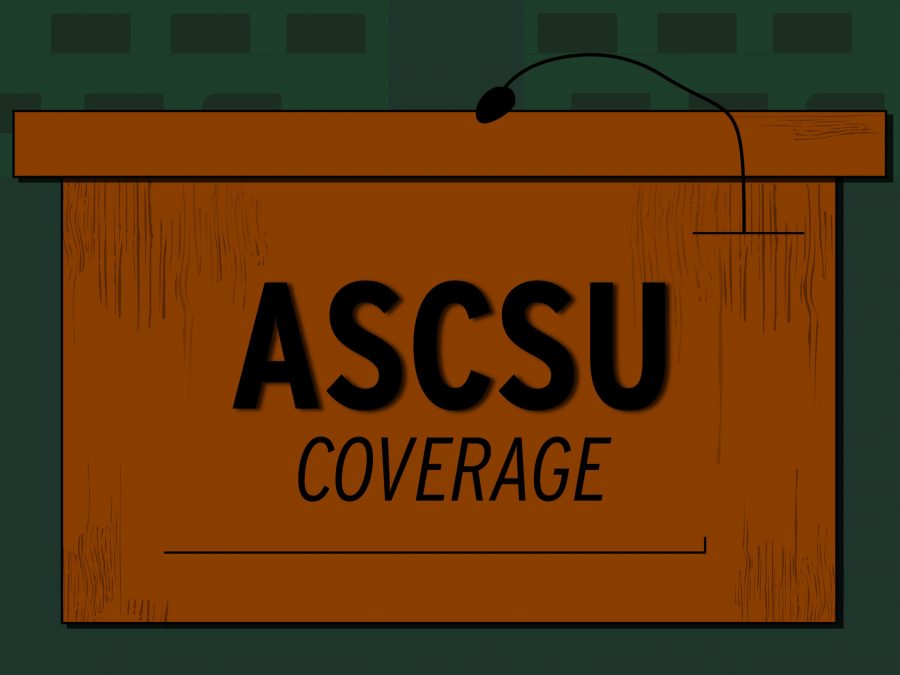 The Associated Students of Colorado State University met for the first time this semester to ratify two Supreme Court justices and four members of the Elections Committee.

With the COVID-19 pandemic disrupting the spring ASCSU elections process, this meeting was one of four that remains for the 49th ASCSU senate.

The meeting began with the ratification of a new deputy chief justice, Brandon Avers, and an associate justice, Nathaniel Chavez.

Inclusivity is recognizing that there are some populations within the campus that are experiencing very different realities and very different college experiences than everyone else.”-Jáquikeyah Fields, ASCSU senator

Jáquikeyah Fields was sworn-in as a senator representing the Women and Gender Advocacy Center. The committee for the upcoming elections was also approved and sworn in.

One of the main focuses of the meeting was the ratification of the Elections Committee, which was approved despite significant concerns that were expressed by senators about the ability of the candidates to address their implicit biases. The four candidates were questioned about what fairness means to them and how they would maintain inclusivity and equity.

“Inclusivity most definitely relates to equity, (which is) very different than equality,” Fields said. “Inclusivity is recognizing that there are some populations within the campus that are experiencing very different realities and very different college experiences than everyone else. I think that ASCSU has a big part in being leaders and showing how we can be inclusive.”

One such response to how the Election Committee members define fairness came from Theo Reese, a first-year political science major, who stated that fairness means “no one feels cheated out of the election.”

Candidates Cavan McCabe, an admissions ambassador and resident assistant, and Arianna Josue both expressed the sentiment that the rules in place regarding the election should be followed.

“I want to ensure that everyone is getting an equal opportunity to run their campaign and (that) it is being done legitimately,” Josue said.

Connor Cheadle, elections manager and chair of the Elections Committee, expressed his confidence in the slate of new members for the Election Committee. He stated that the four members “all grasped the content fantastically and have been doing great so far.”

The meeting also included an update from the ASCSU President Ben Amundson and Vice President Alex Farias, checking in during the final weeks of the senate.

Amundson discussed the status of his three major campaign issues: parking, food insecurity and U+2 while also addressing the COVID-19 pandemic. He said that a large shipment of masks with the ASCSU logo on them have been delivered, allowing students on campus to be “fashionable but also healthy.”

Amundson said there will now be hygiene products in food pantries on campus to help minimize the spread of COVID-19. However, because of COVID-19, there has been a delay in a City Council vote to approve a new housing plan that would replace U+2.

“While it’s very difficult to reduce the overall cost of parking, we were able to focus on a specific vendor fee associated every time a student pays to park that Parking and Transportation Services has now decided to now cover the majority of,” Amundson said.

He also expressed his concerns over a vote taken in the spring to increase the funding of the Rocky Mountain Student Media Corporation and said he would publish an open letter on the topic next week.

Amundson said that, while he believes student media is one of the most valuable things on campus and a great opportunity for the students involved, he is concerned that with most of ASCSU’s student fees going toward RMSMC, a fee increase will be required soon.

“Now if we believe that the best service we can offer is to RMSMC, then maybe that’s a good idea,” Amundson said. “I’m not going to say that they deserve a certain percentage of our budget, but we should ask, ‘Is someone going to have to increase the student fee here soon?’”

Amundson also said he is concerned about whether or not RMSMC is truly using the fee increases to raise student salaries.

Toward the end of the meeting, Senator Kyle Hill said that he is working on a bill that would place cameras at bike stands to prevent theft. He hopes that the bill will pass soon and will ultimately benefit all of his constituents.

Campaigning for the 2020-21 ASCSU session began Monday, and students can vote for president, vice president, speaker of the senate and senators representing their colleges starting Sept. 14.