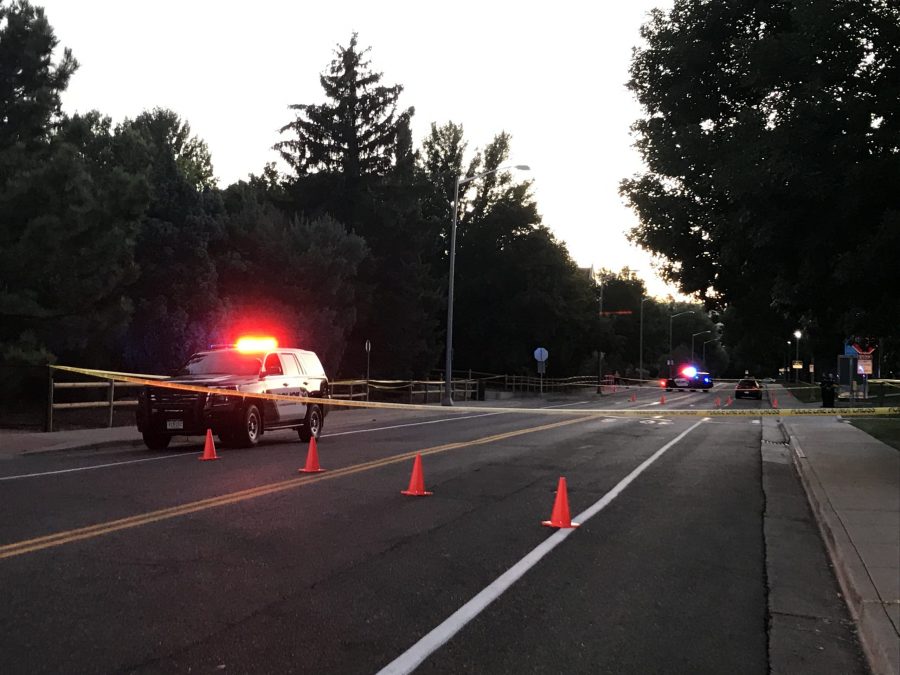 On Aug. 27, after hours of jury deliberation, Eleanor “Ellie” Mertz was found not guilty for careless driving that resulted in the death of Anthony “TJ” Avery.

The Larimer County jury found Mertz guilty of a lesser traffic violation of simple careless driving but unanimously decided Mertz was not responsible for the death of Avery, according to defense attorney Matthew Haltzman.

“Since the day this accident occurred on August 26, 2019, Ellie Mertz has maintained her innocence in this tragic incident,” a statement from the counsel wrote. “After a three-day trial in Larimer County Court, a jury of her peers affirmed her innocence by finding her not guilty of causing the death of Anthony Avery.”

The counsel also stated that the tragedy of the incident was not lost on Mertz and that her heart goes out to the Avery family.

Mertz has been charged with careless driving resulting in death and has pleaded not guilty.

Michael Miranda, a traffic reconstructionist, returned to the witness stand and testified that Mertz most likely hit Anthony “TJ” Avery around 15 miles per hour because Avery did not show signs of leg fractures.

Miranda also testified that no calculations indicated Mertz was driving at excess speed, and there was no evidence she was distracted or on her phone while driving. Miranda also said Mertz most likely stopped at the stop sign.

The prosecution asked Miranda why he had used the minimum speed the car could have been traveling when making calculations. Miranda said it was to give the benefit of the doubt to the driver.

Ryan Fitzgerald, a 19-year-old CSU sophomore and eyewitness to the collision between Mertz and Avery, was also brought to the stand by the defense.

Fitzgerald said he witnessed the entire accident while he was the front passenger in a car coming from the opposite direction of Mertz’s vehicle. He said he saw Avery move across the street quickly.

“I thought he was on a bike or a skateboard,” Fitzgerald said.

Fitzgerald said Avery’s body came to rest right after the line where the stop sign is located at the intersection. He said he didn’t think Mertz’s vehicle was moving over 20 mph and said he thought Avery was moving faster than Mertz’s car.

Fitzgerald also said he was positive Mertz had made a stop at the stop sign.

The prosecution questioned Fitzgerald’s original interview with the CSU Police Department, where Fitzgerald said he was quite far from the car Mertz was driving and had said he couldn’t speak to whether or not her car stopped at the stop sign.

Fitzgerald said the time of the interview with CSUPD was interesting and strange. He said he never had to speak to a police officer before, and it was nerve-wracking.

“When I said ‘I think I saw her stop,’ I gave my best explanation of the events,” Fitzgerald said.

Fitzgerald also said he felt emotionally wrecked and was able to later reflect on the events and solidify his opinion on what had happened, which was that Mertz had stopped at the stop sign.

The defense also brought Ray Gillan, a first responder who was among the first to arrive at the scene of the accident. Gillan said that Mertz seemed very distraught.

Gillan also said he found Mertz’s phone in the door pocket of the car underneath some paperwork. He said it is highly unlikely Mertz had been using her phone at the time of the collision.

Daniel Pelphrey, a CSU sophomore and eyewitness to the collision, said he was standing on the other side of the street when Avery was hit.

Pelphrey said Mertz’s car was most likely traveling at around 15 miles per hour and did not observe Mertz running a stop sign. Pelphrey also said he remembered thinking the incident did not occur inside the crosswalk, but about 10 feet outside of it.

Additionally, Pelphrey remembered thinking Avery had been on a bike, as he was traveling fast.

The prosecution questioned Pelphrey’s attentiveness to the incident and said it was unlikely for Pelphrey to have seen Mertz stop at a stop sign, as he said he wasn’t necessarily paying attention to Mertz or Avery before the collision.

In a closing argument, Gregory Biggers, attorney in the 8th Judicial District Circuit Court, urged the jury to answer the main question of the case. He said the evidence provided by the police department has shown that Mertz did not stop at the stop sign.

“Was Ms. Mertz driving carelessly? That is the only question,” Biggers said. “Not if Avery was acting carelessly while crossing the street.”

Biggers also encouraged the jury to use common sense to make a decision.

In the defense’s closing statement, Matthew Haltzman, a defense attorney, pointed out that Mertz was not a careless person.

Haltzman said the prosecution was not able to prove beyond a reasonable doubt that Mertz had careless disregard while driving. He said that multiple witness accounts testify that Mertz was driving at the speed limit, which is 20 mph, and had stopped at the stop sign.

Haltzman said that everyone must follow the rules of the road, even pedestrians. He also said that Mertz never changed her statement and that multiple eyewitness accounts line up with each other.

He also pointed out that the prosecution did not use any eyewitnesses to make their case.

“She is not guilty of careless driving,” Haltzman said. “This is just a really tragic accident.”

Editor’s note: This article was updated on 8/27 to reflect the jury’s verdict. A previous version of this story misquoted Matthew Haltzman. The article has been updated to reflect this change.