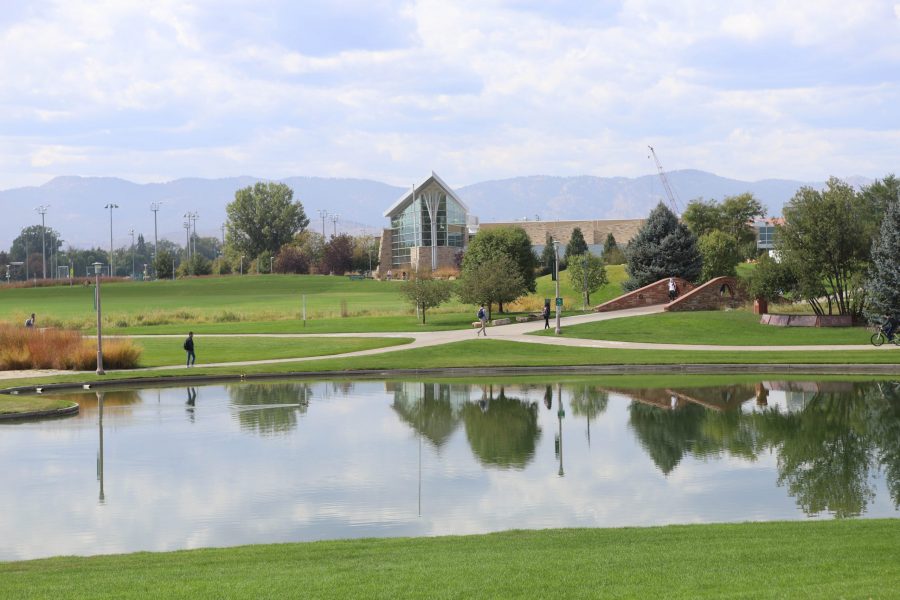 Colorado State University celebrated its 150th anniversary in February, but the land the University sits on has a much longer history.

CSU adopted its land acknowledgment statement in 2019 as a way to respect the land the University occupies and recognize the ties Indigenous nations have to their traditional homelands.

“A land acknowledgment extends our understanding of how CSU fits into the bigger picture of people who were here and are here, who are not always acknowledged or understood to be part of the history that kind of includes the formation of CSU,” said Jamie Folsom, a citizen of the Choctaw Nation of Oklahoma and a CSU journalism and media communications instructor.

Archaeologists can trace back 13,000 years of Indigenous presence in the area that is now called Northern Colorado, according to a 2009 timeline compiled by Brenda Martin, who worked at the Fort Collins Museum for nearly four years.

The timeline states that “tribal groups as we know them today are not recognized as being present until 1,000 A.D., if not longer, beginning with the Numic (Uto-Aztecan) speakers, commonly known as the Ute.”

Starting in the mid-17th century, the timeline said, is when oral tradition and ethno-historic records show evidence of other tribal groups in Colorado, including the Apache, Arapaho, Comanche, Cheyenne, Kiowa, Lakota, Pawnee and Shoshone tribes.

Land in Northern Colorado was primarily occupied by the Arapaho, Cheyenne and Ute tribal groups.

According to Fort Collins History Connection, white settlers started arriving in the area around the 1840s. The settlers brought contagious diseases and cattle that depleted the grazing grass of area buffalo. It is estimated that measles, whooping cough and cholera epidemics killed half of the Cheyenne living between the Platte and Arkansas rivers.

A land acknowledgment extends our understanding of how CSU fits into the bigger picture of people who were here and are here, who are not always acknowledged or understood to be part of the history that kind of includes the formation of CSU.” -Jamie Folsom, CSU journalism instructor

The Fort Collins History Connection website said that in the Treaty of Medicine Lodge Creek of 1867, “the combined tribe of Southern Cheyenne and Arapaho gave up all their Colorado land and were moved to a new reservation in Oklahoma. A reservation for the Northern Cheyenne was established in southeastern Montana in 1864.”

In 1862, the United States Congress passed the first Morrill Act, granting land to colleges across the country. CSU was founded as a land-grant institution under this act.

Tiffani Kelly, the assistant director for the Native American Cultural Center and a citizen of the Choctaw Nation of Oklahoma, said the Native community had been talking about a land acknowledgment for many years. Kelly said the incident in which a parent called the police on two Native American prospective students during a campus tour in May 2018 catalyzed the rest of the University to action.

Kelly said after the tour incident, a task force was created to discuss what could be done immediately to support the Native students and community on campus and outside of campus. One idea that came out of those discussions was the land acknowledgment.

“Even though it seems sometimes like a small thing to do, it’s got a long-lasting impact,” Kelly said about the statement.

Kelly said that the hope with the land acknowledgment is that when people hear the words, they think to themselves, “What is my responsibility to this land?”

“When I hear the words, there’s inspiration, there’s hope, but there’s also a strong sense of responsibility that, beyond those two paragraphs, there’s a lot of work to be done in this institution, in Fort Collins, in this state, … in this country and in this world,” Kelly said.

To fully express this, a lot of work went into finding the right words and structure for the statement.

Ethnic studies associate professor of Mescalero, Apache Lineage Doreen Martinez does work focusing on language and tone. When working on forming the land acknowledgment, Martinez would practice reading it aloud to hear the cadence and rhythm of the sentences and format.

“For people who are going to be sharing it verbally, (we looked at) how we could make that happen more smoothly and probably more impactfully in the ways in which we want it,” Martinez said. “You know, emphasize certain words, those kinds of things.”

Martinez’s area of specialty is Indigenous epistemology, which is about the production and nature of knowledge. Martinez talked about paying attention to what people are trying to express — not just in language, but in traditions, beliefs and worldviews.

The third sentence of the land acknowledgment reads, “We recognize the Indigenous peoples as original stewards of this land and all the relatives within it.”

Martinez said that this is about the recognition of a way of being or a way of life. Martinez explained that the words “original stewards” are about paying attention to the ways in which Indigenous cultures globally have taken care of land and ecosystems.

“‘Original stewards’ recognizes that history (and) recognizes those traditions, yet also beckons to a contemporary way,” Martinez said. “By talking about original, you’re doing that in some contact to today, so it gives you a history, but that’s a history that’s living today.”

The second part of the sentence, which recognizes all the relatives within the land, is meant to emphasize that this is about more than just human beings, Martinez said.

“Whether it’s our winged relatives, the four-leggeds, the creepy-crawlies … our grandfathers and grandmothers that are the sky, the Earth,” Martinez said.

The fourth sentence states, “As these words of acknowledgment are spoken and heard, the ties Nations have to their traditional homelands are renewed and reaffirmed.”

Martinez said that in this sentence, the language, “explicitly (recognizes) in an affirmative way that part of a very, very core essence of the Indigenous people is that connection to land.”

Martinez teaches a class that provides discourse on natural reason and its meaning. Martinez described natural reason as understanding nature and the ways the relatives within it live together.

What comes after the statement?

Kelly said the statement has repercussions and ripple effects across the entire campus.

These are big questions to answer, but Kelly said that is why the land acknowledgment website has resources and frequently asked questions pages.

Kelly said simply using Google to search for Native scholars who have published work on the topic of land acknowledgments and reconciliation is a good place to start.

“Education and inclusion means that we have to constantly think about what we’re not seeing, and to broaden our idea of what each of us is doing here at the University,” Folsom said. “Acknowledging this hopefully sets in motion people thinking, ‘Oh, I didn’t know that’ or ‘I didn’t realize that’ and then … the Native community is basically asking non-Native people to go and say, ‘What are you going to do about it?’”