Frame by Frame: Police brutality protests across the nation 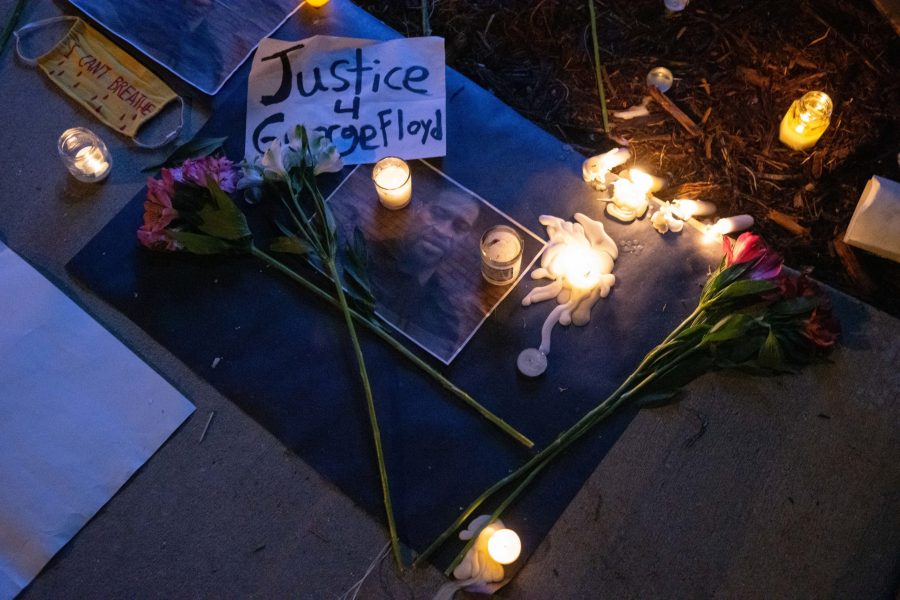 Protestors gather outside of the Fort Collins Police Department on Timberline Road, lighting a candle vigil and laying out protest signs against police brutality in solidarity with the protestors in Minneapolis, Minnesota and around the country, May 29. (Matt Tackett | The Collegian)

After the death of George Floyd on May 25, people around the world have taken to the streets and social media to protest systemic racism and police brutality. Floyd, a 46-year-old Black man, was killed after three Minneapolis police officers pinned him to the ground for eight minutes and 46 seconds following his arrest for an alleged counterfeit $20 bill. His death was filmed by bystanders, and the video spread.

The Collegian photographers have documented some of the protests in various locations around the country. Here are some of our images:

(children and teenagers) are the reason we are continuing to fight because when they are some of y’alls ages, they shouldn’t have to be in the streets any longer proclaiming black lives matter. It should be common sense.”-Tay Anderson, Denver School Board At-Large Director

I think that you saw it for yourself. One of the first times you saw it, the evidence was there right in front of you. So no matter what happens they can’t say this didn’t happen. There’s proof, there’s dead proof. Video doesn’t lie.”-Patrick, Washington, D.C. resident

My grandma marched on Washington and I’m still doing the same thing … because nothing has changed.”-Mareike Nebel, protest organizer

Photo Director Anna von Pechmann and Photo Editor Lucy Morantz can be reached at photo@collegian.com or on Twitter @CSUCollegian.