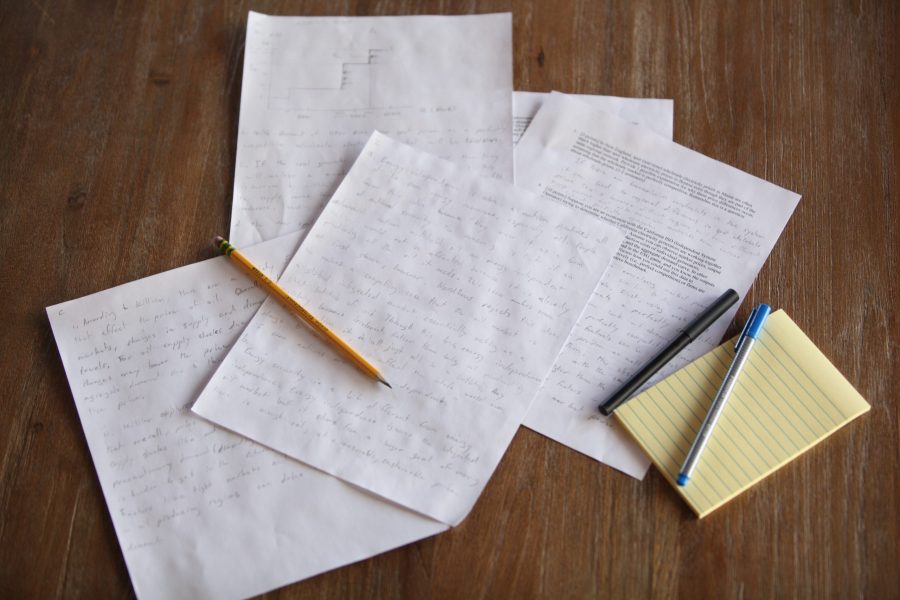 As the COVID-19 pandemic shuts down universities across the country, some students are having to adapt to changing educations while worrying about a condition that puts them at a higher risk for serious illness.

According to the Centers for Disease Control and Prevention, COVID-19 carries a higher risk of serious illness for four main groups of people: adults 65 or older, people with asthma, people with HIV and a broad group of people with conditions that may make them more at risk.

Those conditions include chronic lung disease, serious heart conditions, immunocompromisation, severe obesity, chronic kidney disease accompanied by dialysis, liver disease and diabetes. A Kaiser Family Foundation study found that roughly 4 in 10 adults in the United States are at a higher risk for developing serious illness if they have COVID-19.

It’s been really sad to watch people belittle one another for being disappointed about things.” -Makenna Green, CSU junior in high-risk group

While just over 1% of students at Colorado State University are over the age of 50, according to the Institutional Research, Planning and Effectiveness Interactive Reporting, many more students may fall into the other categories of high-risk factors. University Public Safety and Risk Communications Manager Dell Rae Ciaravola said CSU doesn’t track how many people that may include.

Makenna Green, a junior studying journalism and media communications, was diagnosed with Type 1 diabetes at age 4 and falls into the high-risk category. Makenna said when COVID-19 first came to the public eye in January, she was more concerned about her parents, who are both over 60.

When they first learned Makenna was in a high-risk group, it wasn’t clear why, said Jill Green, her mother.

“I was not totally sure as to why she was at greater risk, and upon looking deeper and obtaining information from her doctors, realized it was due to the fact that it could cause her numbers to elevate or drop,” Jill said.

Makenna said she was also concerned as a college student, believing she’d do better with in-person classes than online courses.

“I was also concerned in the sense of what it would be like to not have any interaction with other people and that kind of thing, which it turns out is really painful and hard,” Makenna said.

CSU announced March 11 they would temporarily move courses online and followed up five days later, saying classes would remain online for the remainder of the semester. Makenna said she was disappointed to learn students would not be returning to class, especially for graduating seniors and freshmen who had their first year of college disrupted.

At the same time, Makenna said she was grateful the University was being considerate of people at high risk, particularly because having to reveal you’re in that group can be accompanied by stigmas.

“I wish (my peers) realized how stressful it is; it’s very anxiety inducing,” Makenna said. “I’m constantly managing my numbers and watching what I eat and watching those things. It’s a constant job, really, and I wish that they would think about people who would be in those situations, no matter what illness or disability it could be. It’s just a constant additional stressor.”

Makenna has still found online courses difficult, she said, particularly if a student is struggling in a class and may or may not be able to get in contact with their professor. The challenge is amplified for her because she lives in a remote mountain town that doesn’t get reliable Wi-Fi, she said.

Other changes, like hour changes at pharmacies, have made getting medication harder because she still has a tight schedule with online courses and a job, Makenna said.

Makenna said she’s been disappointed by people not taking the pandemic seriously, as it puts people at risk and causes extra stress for people in high-risk groups like her.

She said she’s particularly disappointed with people vacationing in her community at this moment because her town, Hot Sulphur Springs, Colorado, has many people at high risk and only one medical center.

I wish that they would think about people who would be in those situations, no matter what illness or disability it could be. It’s just a constant additional stressor.” -Makenna Green

“My concerns are that people, students especially, are not taking this seriously enough and putting other people in danger,” Jill said. “I am a first grade teacher, so this has been a tough road for my kids and for myself as well. I want it to end soon, but I feel we all need to really do our part to keep each other safe.”

Makenna said she has also found that social distancing has affected her mental health in general. Usually an optimistic person, she said she’s found herself developing a more negative outlook on the situation and even has largely stopped reading the news to curb the negativity.

She said it’s important now to remain sympathetic to people who are at high risk, elderly people and even pregnant women, who are likely feeling a lot of stress over COVID-19.