How can students initiate change? 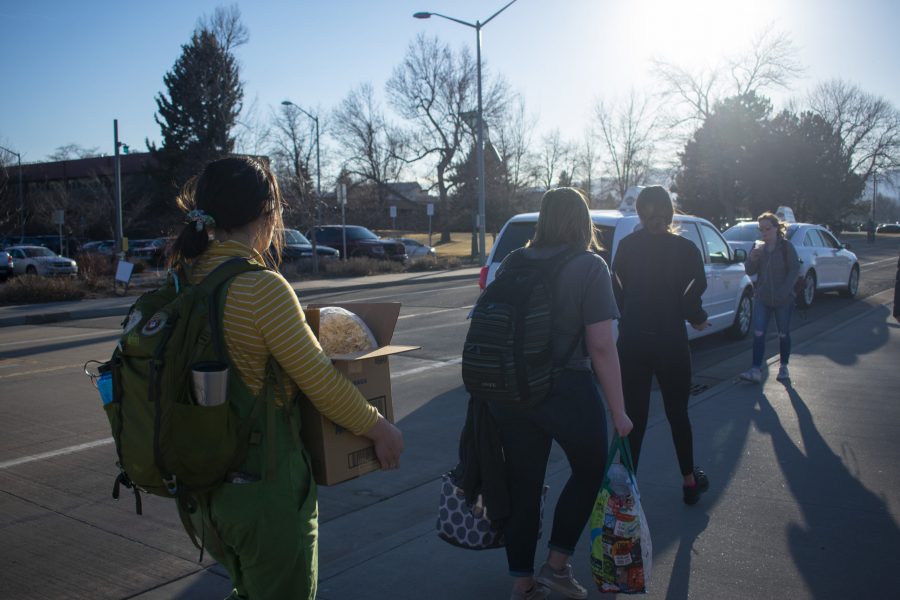 With over 26,000 undergraduate students enrolled at Colorado State University, it might be easy for students to feel small or helpless.

However, sophomores Brandon Paez and Courtney Haag know firsthand that initiating change on campus is not as daunting as it may seem after a class project Paez and Haag worked on in the fall semester led to the RamRide Food Ops program now in effect.

“The second assignment we had done was this open-ended question of a scenario: We’re all moving to a new society, and we have to try to fix some sort of societal problem,” Haag said. “I decided to study food insecurity because it’s kind of been very near and dear to my heart for a while.”

After researching societal issues, Haag said, the class was tasked with designing a social action plan for change, with the only rule being that they had to do something more than advocacy for a cause.

Haag and Paez decided to create a petition to get other students to support their idea. Their initial request was to have the Associated Students of CSU provide RamRide with the necessary funding to give students, faculty and staff rides home from the Mobile Food Pantry and take weekly trips to the food bank.

“The problem I kept encountering with all this research I was doing (is that) there’s not a lot of help with transportation,” Haag said. “There’s some assistance in terms of paying for food and getting food, … but in terms of getting to the food bank or getting to the grocery store and home, there weren’t a lot of assistance programs. And some research studies would comment on that but not really do anything.”

(I was) able to advocate for my fellow students who face issues that no fellow student should have to face. It was nice to know that people are listening, that there’s a way for students to make a difference.” -Brandon Paez, sophomore psychology major

As a member of the President’s Multicultural Student Advisory Committee, Paez said he used his connections within the University administration to spread the petition to as many people as possible.

Thanks to this, Interim Director of Off-Campus Life Lindsay Mason saw the petition and invited Paez and Haag to speak with her about their ideas and hopes for what would eventually become the Food Ops program.

After a few weeks of meetings between Haag, Paez, Mason and other faculty involved with RamRide and Rams Against Hunger, including Mike Buttram, the program coordinator for community engagement in the Student Leadership, Involvement and Community Engagement offices, RamRide started their Food Ops services in February.

“I think (students) should raise their voice and speak out because with enough momentum and echoing of your voice throughout this student body, throughout administration, someone will listen,” Paez said. “If you see an issue and you would like it to be changed, there’s always someone who’s able to hear you and see the same problem you are.”

For students who see a need for change but do not know where to start, Mason suggests they find the appropriate office or reach out to any faculty or staff member they know and start asking questions.

“There’s a reason that those of us in Student Affairs are in Student Affairs, as well as those of us who have gone into teaching,” Buttram said. “It’s because we truly enjoy the interaction, and we want to walk with students on this journey during this small period of their life, and so we’re eager for students to approach us with ideas. We need to make sure that students recognize that when they have an idea, they should feel at ease approaching us and saying, ‘Here are my questions. How do we make this better?’”

One prominent example of students organizing change on campus is the #NotProudToBe group that is demanding an institutional shift in the University’s treatment of bias-related incidents.

Buttram said he commends the students taking action and organizing themselves in a powerful way.

“To keep the conversation going requires persistence and requires diligence, and that comes from all sides — both students and staff and faculty,” Buttram said.

Mason said students should not be nervous about approaching faculty or staff with ideas or limited knowledge on certain subjects.

“I frequently come into brainstorming sessions with people where I’m like, ‘I know we need to fix this, but I don’t know how to do that yet,’” Mason said. “I would still encourage students to reach out and say, ‘I want to sit at the table, and I want to help figure this out.’”

Haag also recommends to not go about the process alone.

“If I didn’t have Brandon (Paez) in this, I think I would have given up much earlier, but just the two of us was enough to motivate each other to keep pursuing it,” Haag said.

Tens of thousands of students within only a few city blocks can feel daunting, but CSU Student Affairs programs are there to listen.

“(The process) was really empowering because they were open to listening to the student perspective, and they care so much about the students, and it was really apparent,” Paez said. “(I was) able to advocate for my fellow students who face issues that no fellow student should have to face. It was nice to know that people are listening, that there’s a way for students to make a difference.”