CSU files for bankruptcy after collecting tuition on shortened semester 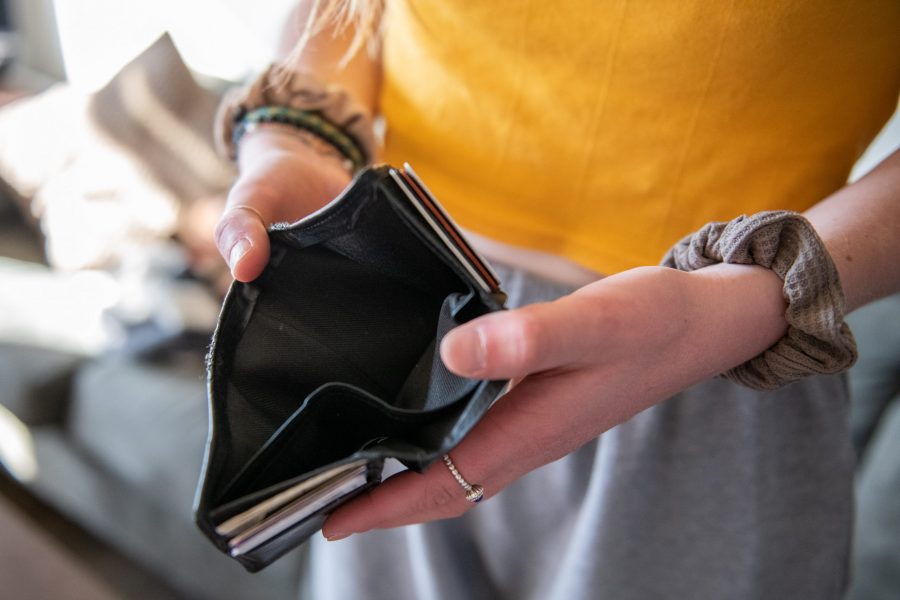 Changes to the Non-Tenture Track Faculty hiring and pay at Colorado State University have resulted in significant changes for current PhD students. PhD students who are working as instructors have been stripped of health, dental, vision and life insurance, as well as losing their retirement plan options. In order to maintain their employment, some students are having to pay the university for credit hours and have opted into the student health insurance plan. (Photo Illustration by Colin Shepherd | The Collegian)

Colorado State University has filed for every single type of bankruptcy possible in a shocking move, only days after sending out a statement saying they would still milk the cow and collect every cent of tuition from students and parents footing the bill for their now-defunct education.

As the COVID-19 pandemic cripples the nation’s economy, CSU appears to have fallen victim to its financial death knell.

The University’s move to declare every possible kind of bankruptcy was met with shock by many students and parents who received an email on Monday from University Provost Rick Miranda saying to “fork it over — or else.”

“It seems kind of strange that the University would still collect an exorbitant amount of money while rolling up the sidewalk and closing shop on us,” said Casey Humdinger, a graduate student who has paid CSU nearly $125,664 for his education, which is still one semester away from being complete.

“I just think it’s funny how the University would still collect money after canceling all their academic services, you know,” said Bethany Towhee, a sophomore majoring in kazoo aeronautics. “Like, why would they do that? It’s such a Brad move of them. I literally can’t believe them. Just wait until my dad finds out about this.”

Over a week ago, the University announced it would be transitioning to online classes for the rest of the semester amid the complete panic and mindless hoarding that COVID-19 has brought to the United States.

In an email sent to all students on Monday, Miranda said those with a financial obligation to the University shouldn’t be so greedy in this time of need.

“Give us your money, or you’ll find out what the campus geese are really capable of,” the email read. Attached at the bottom of the email was a GIF of a Canada goose holding a knife with the words, “Give us the money and the cannoli.”

In the email, the University kept their foot on the gas with no holding back.

“In these times of struggle for the University, we ask you to show some compassion and continue to pay full tuition for only a fraction of the educational resources you want,” the email read. “The University has put a lot of time and effort into this carpetbagging scheme, and now is the perfect time to execute it!”

University public relations official Mike Hooker doubled down on Miranda’s demands and explained the bankruptcy filing in a voicemail he left with every single person who has an active billing statement with CSU.

“We researched the laws of filing for bankruptcy, and it’s complicated as all hell, so we decided it would be advantageous to file for every single kind,” the voicemail said. “Run the whole gamut. Shoot the works. Take the money and run. We’re thankful for your support and ask that you visit our alumni page for continued donations.”

“If you need us, you can probably find us living under double names with fake mustaches in South America or some place that is hostile toward the American government,” Hooker added in a follow-up voicemail.

The University appears to have taken a page from the playbook of one of the West’s largest industries. Filing for bankruptcy is a common move for mineral and precious metal extraction companies that strike it rich. After getting the goods, filing for bankruptcy is a great way to avoid any sort of environmental cleanup associated with mining activities.

For CSU, that means they’ll avoid the headache of planning graduation ceremonies and continuing to provide educational opportunities for students from all across the globe.

But parents footing the bill weren’t so welcoming of the financial smoke and mirrors when they saw Miranda’s email.

“It’s our money, and the University does not need it now,” Shauna Bowles said. “I have given that school all my money and paid for my daughter’s education, and now they are running off like bandits and still asking me to donate to the f*cking Alumni Association?”

A representative from the Internal Revenue Service said the agency would be looking into the legalities of the filing, citing violations of over a baker’s dozen worth of financial laws in the United States.

“They simply can’t do that,” said a horribly confused looking James McDowell, the IRS collection agent tasked with overseeing the bankruptcy case. “Whoever thought of that idea is completely off their rocker and ought to be put in charge of a resource extraction company or something. How foolish to think a public institution could do such a thing.”

Since the announcement, over a dozen protests have broken out on campus, with mobs of angry students who are barely scraping by on minimum wage at three jobs while still paying for their classes hurling rocks at the Administration Building and threatening to burn down Clark.

The Wake Up Slap has reached out to Joyce McConnell for a comment multiple times but was sent to an answering machine with the message, “Hellooooo, nobody is hoooome right now. Toodles.”

Forrest Czarnecki can be reached at editor@collegian.com or on Twitter @forrestczar.