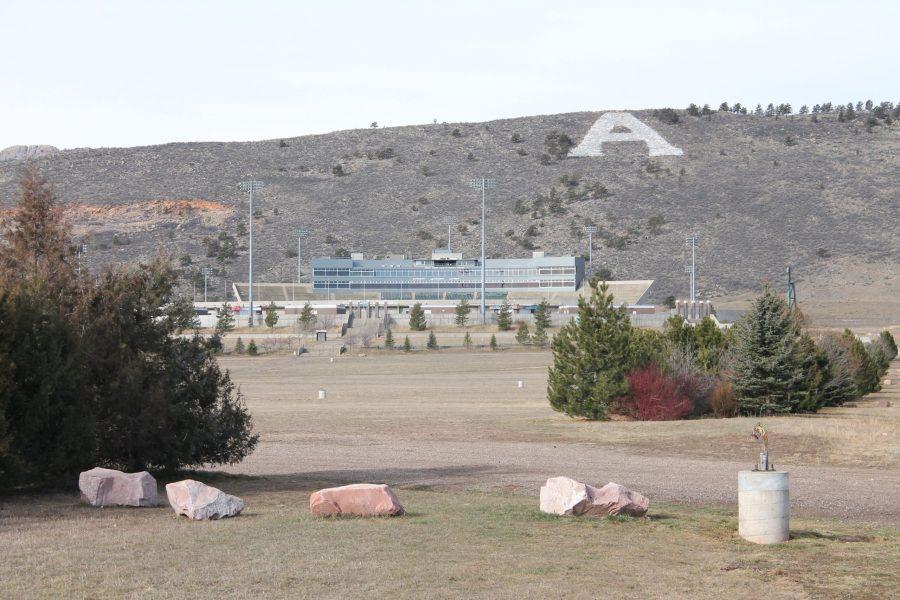 Editor’s Note: Complainant Rory Heath is a chair of the Orange Cord Board, the alumni organization for Rocky Mountain Student Media.

An investigation of one Fort Collins’ City councilmembers will go forward from the ethics complaint that delayed the rezoning of the old Hughes Stadium property in January.

Councilmember Ken Summers will be investigated over his lobbying consultant business, KGS Consulting LLC, the Ethics Review Board decided Friday night. Composed of councilmembers Julie Pignataro, Ross Cunniff, Susan Gutowsky and Emily Gorgol, the board wanted to know if Summers has received any money for influencing government policy while acting as a City councilmember.

Cleared from the bundled complaint were Mayor Wade Troxell and Mayor Pro Tem Kristin Stephens. The board decided its voting on Hughes, despite several board memebers’ employment at Colorado State University, which sold the Hughes land for housing development, did not meet the requirements of an ethics violation.

The second reading of the rezone is still planned to go forward March 17 at a regular Council meeting.

City Council is trying to rezone the old Hughes property to decide what kind of housing and density the developer Lennar Colorado LLC will be allowed to build on it.

The vote split as such:

Before Council could finalize the rezoning with a second reading, it postponed it for an ethics complaint against Troxell and Stephens, who the complainant alleged had conflicts of interest leading them to vote favorably toward CSU.

The Ethics Review Board determines if complaints have any validity to begin investigation. Because Stephens usually sits on the board with Troxell as an alternate, the City made an alternate lineup composed of the other nonaccused councilmembers to carry out the review.

This board cleared Troxell and Stephens of any violations in December, but yet another complaint was filed by resident Rory Heath right before the rescheduled reading in January.

Heath’s complaint implicated Troxell and Stephens again for similar reasons but also brought a case against Summers. The latter became the only argument to stick.

The case of Summers

Summers is the owner of KGS Consulting, a lobbying service. It was featured as a tab on his personal website, which is now unavailable.

Cached copies show that his logo featured the state capitol building and the statement, “I look forward to developing a partnership where I can serve you at the capitol by providing access, opening doors and empowering influence.” While the page refers to “shaping public policy in Colorado,” the fact that it did not exclude influencing local policy worried some board members.

“It might be an oversight, but this makes it seem like he’s being a lobbyist while on Council,” Cunniff said.

Cunniff said he might like to see bank statements or other proof of whether Summers has or has not received money for lobbying while on Council.

It might be an oversight, but this makes it seem like he’s being a lobbyist while on Council.” -Ross Cunniff, councilmember

Summers, who was elected to Council in 2017, was personally registered as a lobbyist but terminated his registration in 2016, according to the Colorado Secretary of State records. Listed under his summary are three faith-based clients from 2015-16.

Summers did not show up to the ethics review. In a statement he sent to the board, he reasserted his previous position that he has never secured a client under his main business nor has any conflict of interest regarding Hughes.

“In my years of public office, I have been exposed to several ethical issues involving elected officials,” Summers wrote to the board. “However, I have never heard of a complaint made about an action that never happened … for an activity that never took place!”

But Heath argued that an elected official maintaining a “billboard” for a government lobbying business raises too many questions and risks, including what happens if someone were to solicit services from Summers now.

“The possibility is there, and it’s worth investigating,” Heath said. “I think you must investigate because we don’t have the evidence now.”

While the complaint specified the Hughes rezoning vote, Heath said the concern encompasses “everything” Summers could vote on.

Since the Friday hearing was to determine if the complaint merits further investigation, the board ultimately agreed to take Summers into the investigation phase.

If the facts presented against Summers are true, it would constitute an ethics violation according to the Colorado statutes, the board said. It was less inclined to relate it specifically to the Hughes decision or speculate if Summers’ vote for Hughes was compromised given the lack of evidence.

The next Ethics Review Board meeting, which will more closely resemble a trial, has not been scheduled. It will, however, likely be a different set of councilmembers doing the review, based on comments from City Attorney Carrie Daggett, made of councilmembers Stephens, Pignataro and Troxell.

From the outset, board members said they were likely to come to the same conclusion on the complaints against Troxell and Stephens as they did in December.

The general arguments of the complaints were largely the same: that neither the mayor nor mayor pro tem could truly be impartial voting on an issue regarding their employer. Complainants alleged both members had personal and financial conflicts of interest, as defined by City Code, by the nature of their employment.

Heath said regardless of their actual role, “the paycheck still says CSU.”

Stephens is a graduate coordinator in the department of statistics. Troxell is an associate professor in the mechanical engineering department and director of RamLab. Both disclosed their status as CSU employees during Council’s Hughes rezoning discussions.

Heath’s trying to make these broad connections where he’s made no specifics about where I have a financial interest or a personal interest or whatever definition he chooses to use.” -Wade Troxell, mayor of Fort Collins

Unlike the previous complainants, Heath claimed there were also violations of Colorado state statutes.

The first statute cited prohibits local government officials from “substantially affecting to its economic benefit a business or other undertaking” in which the official is also an employee.

Troxell argued CSU is a not a business but an educational institution under the Colorado Constitution, so he does not fall under that conflict. Furthermore, he said the salary he receives as professor is governed by the academic side of CSU; meanwhile, Hughes is managed by the administrative side, such as the Board of Governors and CSU System, which he has no connection to.

“Heath’s trying to make these broad connections where he’s made no specifics about where I have a financial interest or a personal interest or whatever definition he chooses to use,” Troxell said.

Stephens argued she is a state classified employee, which means her employment, benefits and salary are actually governed by the state, and she does not take an oath to CSU.

“I don’t know where you found your facts, but they aren’t even true,” Stephens said to Heath’s claims.

As someone who takes ethics very seriously, Stephens would have recused herself if she saw any conflict, she said. But she didn’t because she considers herself in the same position as any other resident regarding Hughes.

The second state guideline Heath cited was about the “appearance of impropriety.”

“Occasionally, a situation will arise which, although legally and/or technically appropriate, may nevertheless raise concern regarding the potential for an appearance of impropriety,” reads the Ethics Handbook from the Colorado Independent Ethics Commission.

Heath and attorney Andrew Bertrand, who Heath brought in for legal help, argued the appearance of an employee voting on their employer simply looks bad.

“The optics are a very big part of this,” Bertrand said. “Whether it was intentional or not, it just reeks optically.”

Whether it was intentional or not, it just reeks optically.” -Andrew Bertrand, attorney

Gutowsky and Cunniff agreed on that point.

“It may not be against the rules, it may not violate any code of ethics, but people feel the way they feel, and that’s why this (issue) keeps coming back,” Gutowsky said.

Pignataro pushed back against this, saying bad optics “could be taken way too far” in determining conflicts of interest, especially for CSU, which employed over 7,200 people in 2017, and many residents have connections to it.

The board ultimately decided not to do anything about the “optics issue” since it does not fall within the current scope of what the City’s municipal code covers.

“We can’t make an ethics decision based on something not looking right,” Gorgol said. “We are going through a process that we created to talk about this diligently.”

Heath came into the process stating he did not find the complaint review method fair and left the review meeting with essentially the same takeaway.

“I think what we saw is that, in matters like this, Council is not completely comfortable with judging their own,” Heath said after the meeting. “And with the processes in place right now, I don’t think it’s necessarily fair to ask them to judge their own.”

During the meeting, he implored the board to consider postponing the ethics review and handing it to an independent third party reviewer.

I think what we saw is that, in matters like this, Council is not completely comfortable with judging their own.” -Rory Heath, complainant

Though the board denied Heath’s proposal — Daggett said it would be an actual violation of City Code to deviate from the outlined process without making a new ordinance — changes may be coming this summer.

The ethics review process was mainly intended for councilmembers to review conduct among members of the City boards and commissions, Pignataro said. This relates to why the board is entirely composed of councilmembers, and when a councilmember on the Ethics Review Board is part of the complaint, they substitute an alternate member.

Based on City records, most of the board’s meetings over last five years have been about councilmembers.

City staff will be recommending possible revisions this summer as to how the City should conduct ethics reviews when a councilmember is the one implicated.

Cunniff and Gutowsky also asked to add the “optics issue” into that future discussion so they can better plan on what to do when legal things look unethical to the public.

“I think what it comes down to is about how it looks,” Gutowsky said. “What’s important here is the public trust.”