It’s Complicated: Relationship violence, how to help, get help 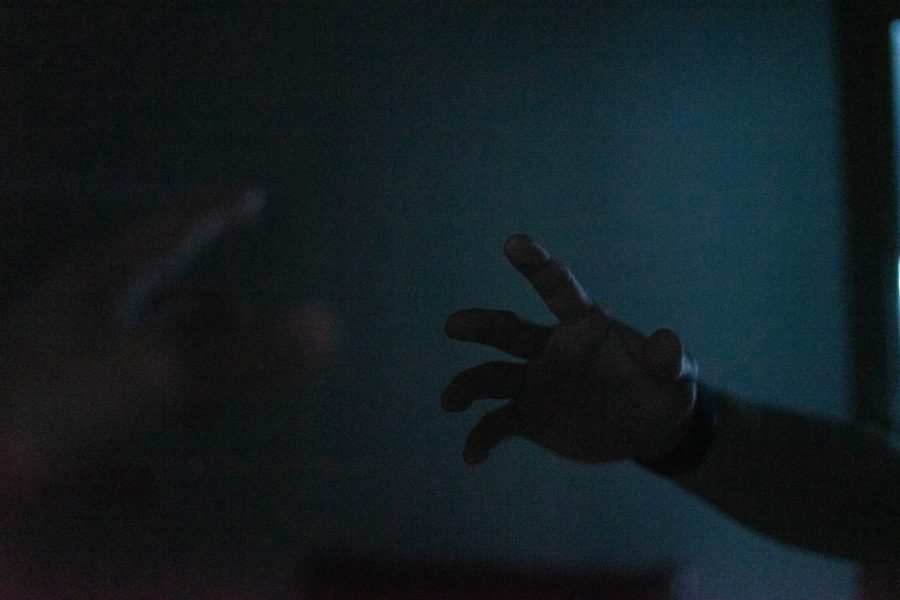 Relationship violence can take many shapes and forms and can happen within any relationship. (Skyler Pradhan | The Collegian)

Editor’s Note: This is the second article in a series that explores various issues related to college relationships and how they impact students’ mental health.

Relationship violence is a silent epidemic on college campuses, and Colorado State University is no exception.

The term “relationship violence” is often used in place of “domestic violence” for college students who may not be able to relate to the term, said Casey Malsam, the assistant director of victim services at the Women and Gender Advocacy Center.

Domestic violence, for some, implies marriage, kids or shared finances, and students may be less able to identify that they are in an abusive relationship using that terminology.

In 2018, six counts of domestic violence were reported in the 2019 Annual Fire and Safety Report for CSU, but there are many more cases going unreported each year, as some might not know their relationship is abusive, or they don’t feel comfortable reporting, Malsam said.

Relationship violence can happen anywhere, to anyone and can affect any type of relationship, Malsam said.

However, men still can experience relationship violence, and stigmatization around masculinity can make the reporting process and reaching out difficult.

“We hear from male survivors often that, ‘I didn’t think the resources were for me; I didn’t think anybody would believe me that this could happen to me,’” Malsam said. “And so … it makes it more difficult to seek resources for male-identified folks. And our services are available for people regardless of gender, for all genders.”

As for where relationship violence can occur, common places are in residence halls, classrooms and online, Malsam said.

In the residence halls, staff is trained to identify and report abuse, said Mari Strombom, the executive director of Housing & Dining Services.

“Our University Housing staff training includes information on what relationship abuse … is, how it may show up in campus housing and how staff should appropriately refer cases to the Women and Gender Advocacy Center and/or (the CSU Police Department) if there is an immediate safety risk,” Strombom said.

While physical abuse can be present, often relationship violence can include academic abuse, sexual abuse, financial abuse, isolation or using someone’s identities against them, Malsam said.

Most abusive relationships don’t start out as abusive but spiral once an attachment has been created, Malsam said.

This can be referred to as love-bombing, where a bond is formed quickly, and unhealthy behaviors then start to become more apparent, Malsam said.

“When we make an exception for an unhealthy behavior, and we make it again, and then we start making exceptions for abusive behavior, it’s like a slippery slope until a lot of times people don’t even see themselves slipping into that,” Malsam said.

Abuse is rooted in wanting to have power and control over another person, and it can show up in surprising ways and have severe effects on the victim, Malsam said.

Some effects can be seen in academics. Even students with 4.0 GPAs can see that number drop dramatically over the course of an abusive relationship, Malsam said.

A common effect of trauma is hypervigilance, which is hyper-awareness of everything happening around someone. This can hinder their abilities to retain information and pay attention, and it can cause increased anxiety and depression or decreased feelings of self-worth, Malsam said.

Often, people don’t recognize the patterns in their relationships as abusive.

On average, 57% of college students say they have trouble identifying relationship abuse, according to the National Domestic Violence Hotline.

“It can be really difficult to avoid the temptation to be like, ‘Your relationship is abusive; you need to leave,’ cause that’s so not successful,” Malsam said. “And what that actually does, if that’s the approach someone takes, is it actually makes the victim have to then support their perpetrator, … so what you’ve done instead of creating a separation is you’ve strengthened the bond between the person causing the abuse and the person being abused.”

Advocates at the WGAC are available to talk and help develop coping mechanisms and strategies for victims of abuse and their support systems.

If someone’s life is in danger, however, it is important to immediately report the situation, Malsam said.

There are several resources available to CSU students who are in or are experiencing the effects of an abusive relationship, specifically through the WGAC.

The WGAC offers a 24/7 hotline through the Victim Assistance Team that runs throughout the entire year where people can call for a multitude of services: to ask questions, to receive help in a reporting process or simply just to talk.

The hotline is confidential and one of the few places on campus where employees are not held responsible to start a reporting process, according to the VAT website.

Students can also make appointments with advocates by calling the WGAC office, can join support groups and can request someone to accompany them if they choose to utilize other resources or report.

The WGAC served 406 people in 2017-18, according to the WGAC annual report. Of the 406 people, 72% were seeking advocacy for interpersonal violence that happened within the last year.

The WGAC doesn’t want to pressure people into making any certain decision, and support systems shouldn’t either, Malsam said.

“I’m never gonna tell someone what the right decision for them is,” Malsam said. “We offer all resources without judgment, without putting our own ideas or thoughts about what somebody should do or should not do into the conversation.”