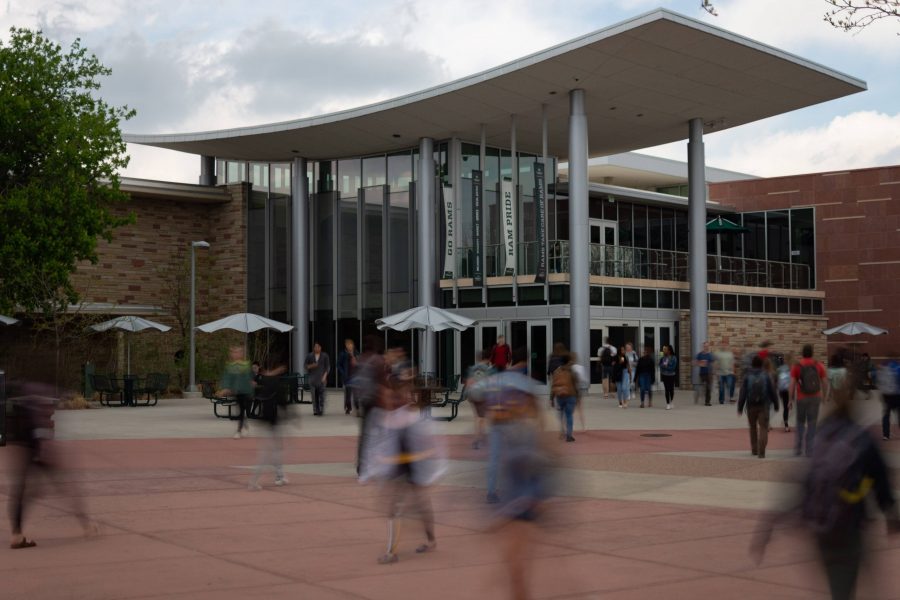 Recent social media posts have spread telling of women of color being fired or forced out of their jobs due to unequal standards of professionalism being applied to them. (Matt Tackett | Collegian)

A temporary ice skating rink will be coming to Colorado State University in order to educate students about historical Black figures for Black History Month.

Plans for an ice rink on The Plaza have been spoken about among the Associated Students of Colorado State University, and now they’ve partnered with the Black/African American Cultural Center in order to make it more of a learning experience.

Taylor Millson, deputy director of Traditions and Programs for ASCSU, said the skating area will be a 30-by-40-foot synthetic ice rink on The Plaza. The rink will be up Feb. 13 and 14 from 10 a.m.-3 p.m. each day.

“It’ll be hard to miss,” Millson said. “Everyone is going to see it.”

Jaylen Spires, a student with the BAACC, said the event will be called Rams on the Ice, and it will aim to be an experience where students can learn about important Black figures throughout history.

This actually shows support from the school and shows the school stepping up to build more awareness around recognizing black history.”

“The BAACC office will be making posters depicting activists, sports players and other Black figures who have made history,” Spires said.

“There are going to be pictures and descriptions with their name,” Spires said. “Students who go to the rink will be able to read and learn about these people.”

Millson said the event will also include playlists to recognize African American artists.

According to the event post on the ASCSU Instagram and Facebook, this event will bring students together to recognize “the contributions of Black/African Americans who have internationally and domestically trailblazed the representation of Black bodies on and off the ice.”

Millson said there will be other fun things around The Plaza, including food and hopefully an appearance by CAM the Ram.

“We’re hoping everyone will be able to share their love for CSU,” Millson said.

Spires said this event is important because it’s never been done before on campus.

“This is actually pretty big, and it’s going to be on The Plaza,” Spires said. “Thousands of people walk across The Plaza every day. This actually shows support from the school and shows the school stepping up to build more awareness around recognizing Black history.”

Millson said the partnership with the BAACC office is important because it offers the perfect opportunity to educate students in a fun way.

“It’s really a perfect way to educate people on something that’s so important because I think Black History Month is very important, considering it’s only a month, and there are so many things that deserve to be recognized,” Millson said. “I’m really glad we have this platform and opportunity.”

In past meetings and discussions about plans for the ice rink, ASCSU President Ben Amundson had expressed excitement for the event.

“It’s gonna be one of the coolest traditions in CSU history in my opinion,” Amundson said.

Millson said that excitement from students has grown as word has spread around campus.

“Even if you’re not the best skater, it’s a good way to learn something,” Millson said. “It’s a good chance to appreciate campus and have a good time all around.”

Plans currently have the rink scheduled on The Plaza, but if the weather is bad, students can find it set up in the Lory Student Center Theatre. Students who want to take part will be able to borrow provided skates at the rink.