Developing: Hit and run at Mulberry and Howes 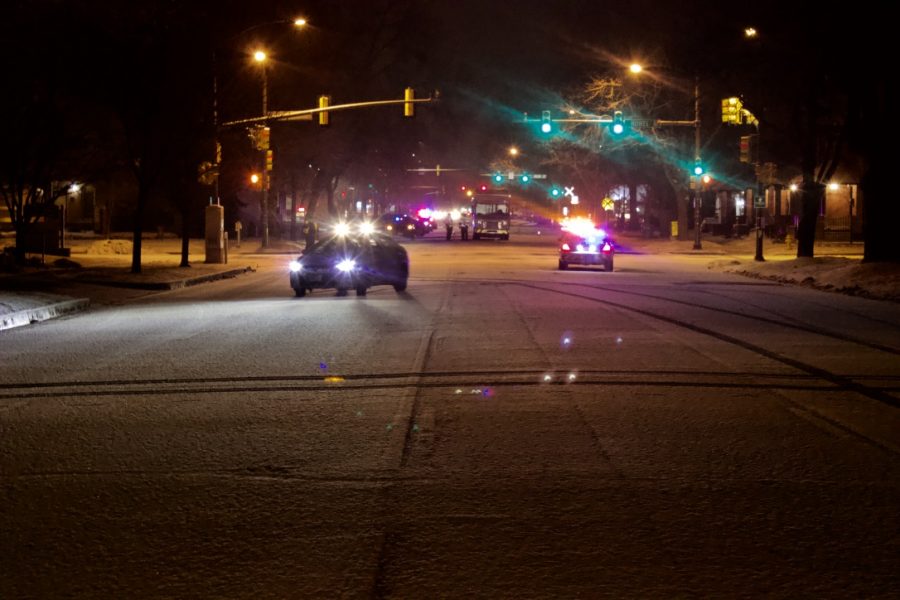 Accident scene at the intersection of Mulberry and Howes St on Feb. 12, 2020. (Ian Fuster | The Collegian)

A hit-and-run crash at 6:06 p.m. in Fort Collins sent an adult woman to the hospital with serious injuries Wednesday, according to a Fort Collins Police Service press release.

FCPS tweeted at 7:16 p.m. Wednesday a serious collision had closed Mulberry Road between College Avenue and Meldrum Street. A follow-up tweet said the collision was a hit-and-run involving a pedestrian.

A Medina Alert was issued on a car suspected of being involved in the crash: a red or maroon vehicle that was possibly a Honda CRV with dark window tint. The tweet announcing the alert said the vehicle may also have damage on the front passenger side.

The crash scene had been cleaned up by 9:07 p.m., at which time the road opened up again.