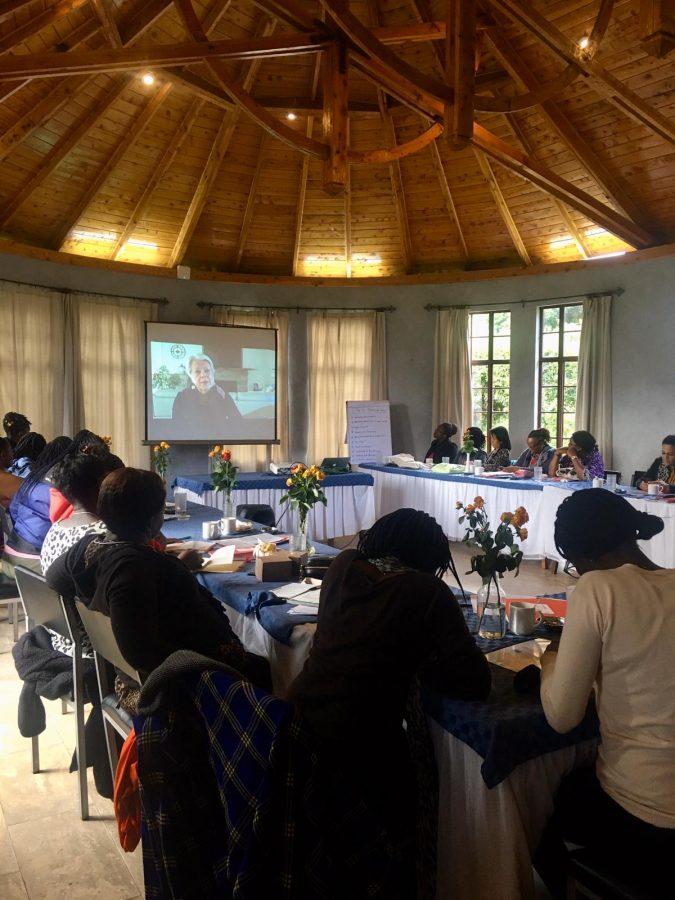 Colorado State University and Pride Lion Conservation Alliance partner up for this year's Pathways Conference at the Brackenhurst Conference and Training Center in Limuru, Kenya last week. The primary focus of the conference was to talk about adding diverse voices to the conversation around conservation and natural resources. (Photo courtesy of Claire Nitsche)

Pathways: Human Dimensions of Wildlife is a “conference and training program designed to address the myriad issues that arise as people and wildlife struggle to coexist in a sustainable and healthy manner,” according to the conference’s website.

Wes White, the communications coordinator for the department of human dimensions of natural resources, said the conference focuses on integrating human dimensions into fish and wildlife management.

Seeing social sciences as the way to unlock the door to solving complex problems is why the conference was originally started in 2008, White said.

Michael Manfredo, Pathways Conference co-chair and head of the department of HDNR, said people in the department have a mission to empower people to explore and sustain their world.

“This places a priority on understanding diverse perspectives and experiences,” Manfredo said. “Inclusion is critical to the success of enduring conservation outcomes.”

The Pathways Conference embodies this mission by facilitating the transmission of broad-based scientific knowledge that can be used to improve wildlife conservation management, Manfredo said.

This year’s conference focused on the theme of opening the door to diverse voices.

“Pathways Kenya will consider the individual and organizational change required to create an environment for innovative, long-lasting solutions to address the complex crises of biodiversity loss and climate change and their impacts across Africa,” according to the conference’s website.

Inclusion is critical to the success of enduring conservation outcomes.” -Michael Manfredo, Pathways Conference co-chair and head of the department of human dimensions of natural resources

“They’re some of the largest names in conservation,” White said. “They’ve had some of the most astounding successes.”

The partnership with Pride formed due to a preexisting work relationship between the department of HDNR and Leela Hazzah, the executive director and co-founder of Lion Guardians.

“They saw the successes of our first conferences and asked if we’d be interested in a special edition of pathways — diversity and inclusion within conservation,” White said. “It’s a huge issue. There’s a huge gap within conservation of underrepresented voices, particularly women and other ethnicities.”

According to “Diversity and Inclusion in Natural Resources,” a video created by the department in 2018, 88% of environmental science jobs are held by Caucasians. Caucasians also account for 96% of conservation scientists.

“That’s alarming because white people are not the only ones who care about the outdoors and nature,” White said.

For this conference, Pride approached the department with the idea of holding a women-only leadership training beforehand.

“That’s kind of where the thing started,” White said. “The training helped us hone the direction of the conference in trying to create a more inclusive environment. It’s not just about gender equity, but about honoring all voices.”

Out of all past Pathways Africa conferences, this one had the highest amount of African participation in terms of presenters. White said 73% of the presenters were African.

“The credit for that goes to Pride for connecting with local conservancies and getting them engaged and involved,” White said.

“If people are passionate about this, they can join us,” White said. “We’re always looking for volunteers, so feel free to reach out.”