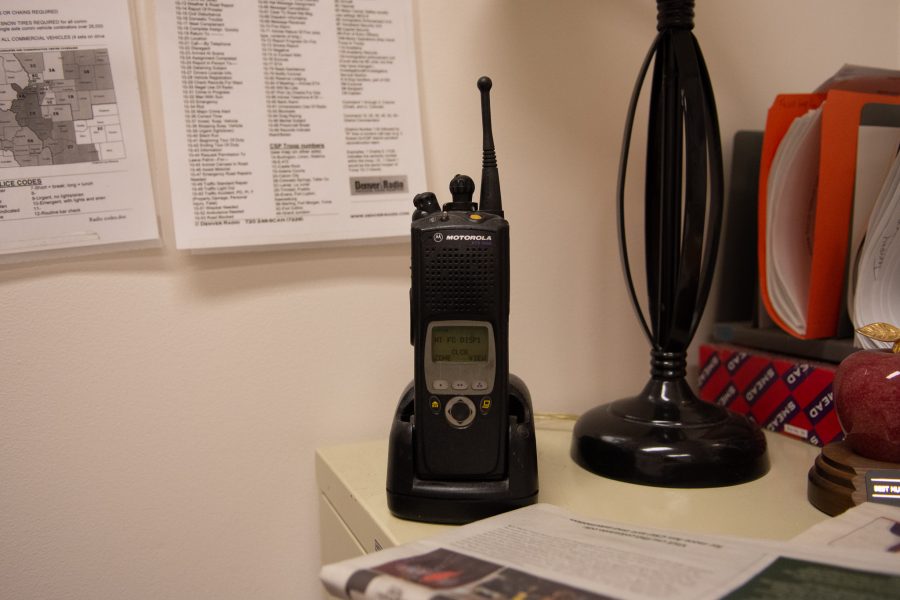 A new bill could allow media and the public more access to police communications. (Luke Bourland | The Collegian)

A new bill being heard in the Colorado Senate may increase the media and public’s access to police communication.

The bill, Radio Communications Policies Of Gov Entities, sponsored by Rep. Kevin Van Winkle and Rep. Jovan Melton, is being heard on March 4, which is the third time a bill of this nature has been heard.

Police departments have been encrypting their radio communications for years, but concern has risen around the public’s right to know.

“The idea is to consider the fact that especially the news media has been using police scanners for reporting purposes for decades,” said Executive Director of the Colorado Freedom of Information Coalition Jeff Roberts. “Listening to the scanner was a huge part of how they knew what was going on (and) how they knew where to go in real time.”

The public has to have information to be able to hold corruption accountable, and that’s what this bill will do.”  -Rep. Kevin Van Winkle

Van Winkle is optimistic of the bill’s success, as it is an important issue with bipartisan support.

“Transparency is crucial to a free society, and I can only hope that the committee recognizes the importance of this issue as well,” Van Winkle wrote.

This policy must allow access to radio communications to prevent government entities from imposing limitations on members of the media.

This version of the bill is less burdensome than past years, according to Larimer County Sheriff Justin Smith, but there is still confusion on what is characterized as media and what is not.

“It’s easy to look at local newspapers, television and radio, but we also have to factor in anybody and everybody who goes on social media or blogs,” Smith said. “It’s not really for us to say they’re not media.”

“Transparency of government is incredibly important, not only to the media, but to the whole public,” Van Winkle wrote. “My bill ensures that members of the media are able to do their job and shine a light on corruption if need be. Citizens also have the right to know what’s happening in their own communities. The public has to have information to be able to hold corruption accountable, and that’s what this bill will do.”

Bills in 2018 and 2019 attempted to defend transparency through slowing down the trend toward secrecy, according to Van Winkle. The 2020 bill asks various agencies who want to completely encrypt their communications to include the media in some form, Van Winkle wrote.

Radio frequencies become entangled when more and more people are added to different frequencies in various geographical areas, according to Smith.

When someone is added to a Larimer County talk group from the Denver Metro area, the talk group is dragged down because the system checks and finds every receiving radio on that given network.

“There’s a lot of technical pieces on this,” Smith said. “It’s a complicated system, and that’s part of what this bill doesn’t necessarily grasp is it’s not just as simple as being able to receive a channel that’s out there.”

The bill allows tactical talk groups to be encrypted. This becomes an issue when there are not multiple groups to encrypt, according to Smith.

If a small rural area only has one talk group that they filter all their communications through, they cannot separate regular dispatch calls from tactical communication, Smith said.

Why are the police encrypting?

Though Larimer County’s dispatch line is not encrypted, it is in the process of reprogramming, according to Smith. The fire and search and rescue line remains unencrypted.

Police departments of Loveland, Douglas County and Denver, among others, have encrypted their communications.

“The stuff that we’re talking about on the radio isn’t always sanitized,” Smith said. “So when a dispatch call comes out, oftentimes there is going to be victim information, and you can have minors involved. So you have privacy issues if you’re a victim of a crime.”

Laura Studley can be reached at news@collegian.com or on Twitter @laurastudley_