The importance of Indigenous perspectives in land management 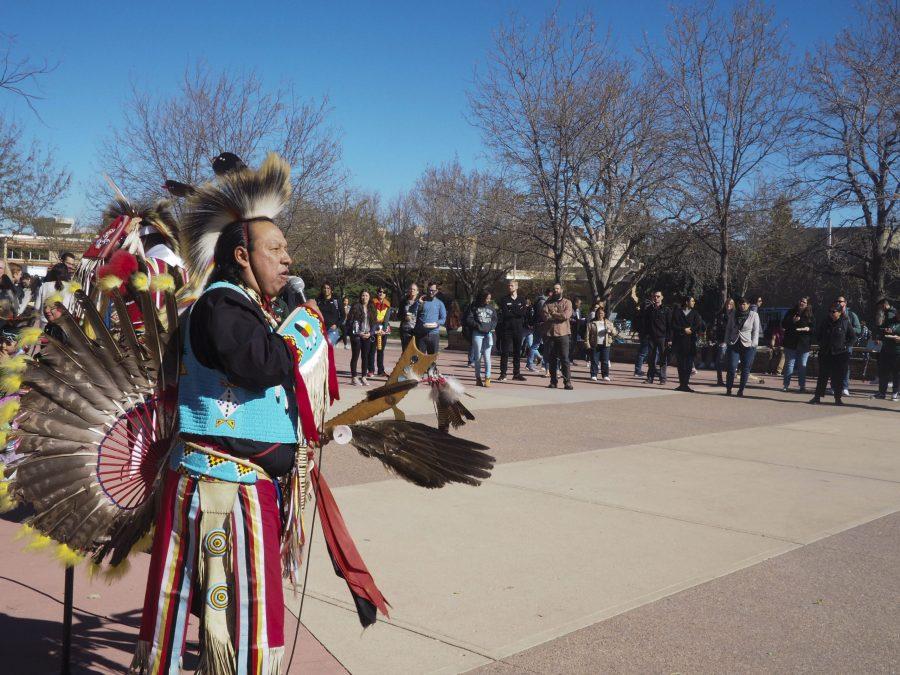 A 380,000-gallon oil leak from the Keystone pipeline, which has been heavily contested by Native Americans and First Nations peoples in recent years, occurred Oct. 31, begging the question: Why are Indigenous people being ignored over environmental issues not just in North Dakotan, but everywhere?

Colorado State University has made it a goal to recognize the Indigenous populations that first resided on the land the University currently sits on, shown in its land acknowledgement statement. But how does CSU work to integrate and include Indigenous perspectives in taking care of that land?

“There is a big difference between teaching about Native people as a topic and teaching from a position of recognizing Indigenous people as theorists,” said Lindsey Schneider, Ph.D., an assistant professor of Native American studies who is affiliated with the Turtle Mountain Chippewa. “Land management practices are part of a larger paradigm that has produced philosophies and ways of knowing and being that are very different than non-Indigenous societies.”

Doreen E. Martinez, Ph.D., an assistant professor of Native American studies who is affiliated with the Mescalero Apache Tribe, said that as a land-grant institution, CSU has tried to approach teaching land management in the classroom in a contemporary fashion, but there is still tension when working with the ground, potentially in places where things can be done better.

“Having Indigenous scholars and how we produce knowledge as Indigenous people, as well as how that gets replicated, is a distinct specialty,” Martinez said. “One of the things that has happened is that (our knowledge) is added on later … rather than doing it at a foundational level in terms of how you are attending to the questions you are seeking to answer.”

According to Martinez, environmental concerns are on the rise because of this lack of integration of knowledge. There is still a “go ask the Indigenous people” perspective that proves the value of having Indigenous knowledge and practices but continues to be sanctioned off as a specialty rather than being available as common knowledge.

Schneider said asking for help from Indigenous populations in regards to land management has always been seen and utilized as a last resort.

“They’ll say, ‘We’ve exhausted all other options, and we’re really screwed. Would you help us?'” Schneider said. “That tendency to wait until it’s almost too late speaks to how little credence is given to the deeply rooted, long-term and complex body of knowledge Indigenous people have about managing our landscapes.”

Indigenous populations occupied these places for thousands of years, closely observing the landscape and managing it well; now there is a “come help us consult on it” attitude held by non-Native experts toward Native experts, and the Indigenous connection to nature is often thought of as mystical and spiritual in nature, but that isn’t it, Schneider said.

“Who are the experts, and who is getting called upon?” Martinez asked. “You’ll hear students experience in our classroom, ‘Oh! This is how you all talk about it, and this is how you approach it’ because it’s fully integrated in the foundation (of what we teach). This isn’t an add-on to our space. This is literally the place it starts.”

Martinez and Schneider said higher education needs to focus on hiring more experts on this topic who identify within the Indigenous populations.

It’s a good idea to integrate people who are experienced in Indigenous studies, allowing for a broader perspective in already existing curriculums and encouraging Indigenous students to connect and participate as well, Martinez and Schneider said.

There are classes available for land management training at CSU, all concerning how to care for the land depending on its particular use.

“This land has been manipulated (and) contaminated,” Martinez said. “That’s the concern. We aren’t looking at this with the proper contacts. It’s giving back the land when it’s poisoned.”

Indigenous people are working to change the understanding of how a values system, a relationship and a responsibility to properly manage land and care for the landscape is implemented.

Schneider said it can’t be a one-and-done deal. Land management isn’t as simple as integrating an alternative curriculum and checking a box; it’s about building that relationship with the land, building that kinship and knowing how it’s associated with the world, Schneider said.

“It’s very important for the institution to remember that relationship piece of it,” Schneider said. “This has to be something that’s ongoing, that’s collaborative and coming from both sides, not the reiteration of the extractive relationship that it has been in the past.”

Dorina Vida can be reached at news@collegian.com or on Twitter @simply_she_.