Plaza petitioners: What is Initiative 76? 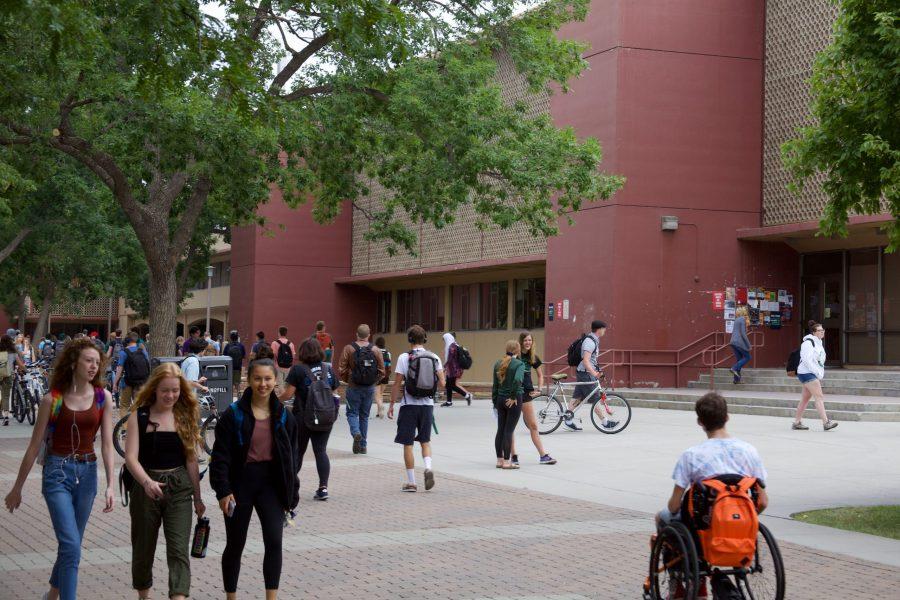 The Clark C building as seen from the plaza August 30. Students frequently criticize the building for its low quality and need for renovations. (Ryan Schmidt | The Collegian)

For weeks, petitioners wielding proposed Initiative 76 have been approaching Colorado State University students for signatures, but some people are still unaware of what Initiative 76 is.

This amendment to the Colorado Constitution would require that to be qualified to vote at any election, an individual must be a United States citizen.

This amendment would prevent cities from allowing non-citizens to vote in Colorado, assistant professor in political science Matthew Hitt wrote in an email to The Collegian. While no city currently allows non-citizens to vote, they constitutionally could, he wrote.

“The funny thing is, though, that it’s not clear that passing 76 would actually prevent many cities from making such a change,” Hitt wrote.

Because of a “home rule” in the Colorado Constitution, cities have more flexibility in governing themselves, he wrote. The power of the initiative to prevent cities from allowing non-citizens to vote is currently being debated.

“Part of the idea here is to make sure non-citizens aren’t voting in local elections,” Hitt wrote. “In a political sense, such an outcome probably helps conservative policy goals on the margins, but it’s likely not something that would move the needle much anyways most of the time. That’s my conjecture anyways.”

However, within the City of Fort Collins, the passage of the petition would not change who may vote, said Rita Knoll, chief deputy City clerk.

“If the initiative makes it on the ballot and passes, we’ll certainly evaluate it for any impact it may have on the City of Fort Collins,” Knoll said.

The petition is currently gathering signatures and must be submitted to the Secretary of State by Nov. 12 to continue the process of placement on a Colorado state ballot.