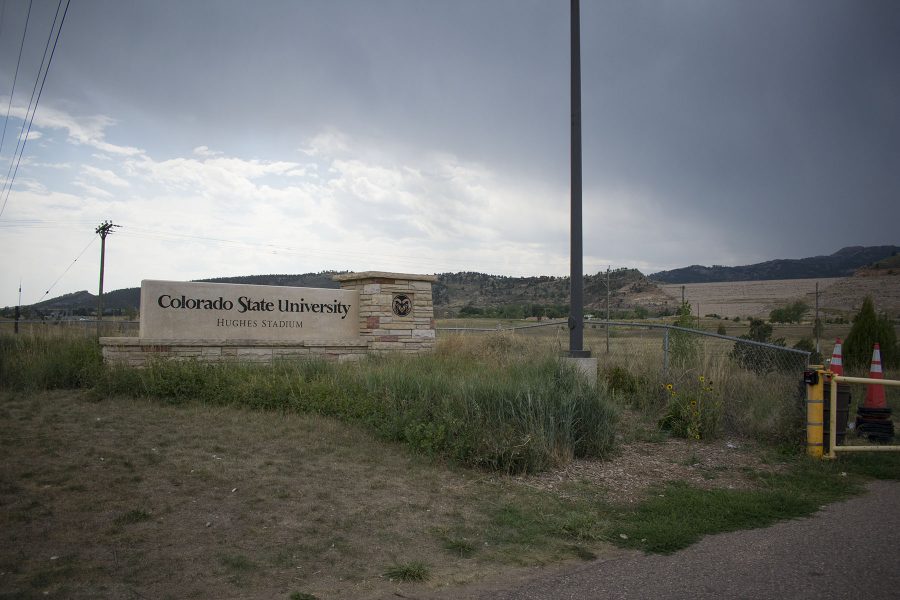 City Council voted to postpone the final hearing on the rezoning of the Hughes Stadium land in order to first resolve a related ethics complaint filed against two members of Council.

In the ethics complaint against the two councilmembers, Nicolas Frey and Mary Grant wrote that Mayor Wade Troxell and Mayor Pro Tem Kristin Stephens should not be participating in decisions about the Hughes rezoning because, as Colorado State University employees, they have financial and personal conflicts of interest.

Troxell is an associate professor in the mechanical engineering department and director of the Center for Networked Distributed Energy and RamLab. Stephens is a graduate coordinator in the department of statistics.

I personally believe that people who are employees of a corporation that’s looking to develop land for a sum of eight figures have an inherent conflict of interest.” -Nicolas Frey, complainant

Grant is a member of Planning Action to Transform Hughes Sustainably or PATHS, a group dedicated to “resisting the Lennar housing redevelopment plan at the Old Hughes Stadium Space” and to find “a more sustainable, community-friendly alternative,” according to their Facebook page.

They have had a consistent presence at City meetings regarding the Hughes redevelopment, including the first rezoning hearing on Nov. 5.

At the time, both councilmembers declared their employment and said they did not feel it created any conflicts. Troxell and Stephens both ultimately voted to rezone the land part low-density cluster, part higher density.

The motion, which aligns closer with developer Lennar’s proposed 600 homes in the area, passed 4-3. It would have failed 2-3 without their votes.

Frey and Grant asked Troxell and Stephens to be investigated for conflicts of interest in relation to their participation in the vote.

A COI, as defined by City code, is when an employee will “experience some direct and substantial benefit or detriment different in kind from that experienced by the general public” based on the decision’s outcome. The conflict can be financial or non-financial.

The complaint argues CSU’s research budget would suffer if the minimum $10 million sale to Lennar does not go through. Ergo, Troxell’s involvement in University research gives him a vested interest in sustaining research spending.

This is based on a projection from the CSU Office of Budgets, which shows education and general research costs have fallen. Though, CSU’s actual research expenditures broke $398.5 million for the 2019 fiscal year, the 12th year in a row spending has increased.

The complaint also alleges Stephens’ “job performance and, logically, security and compensation is strongly tied to CSU’s financial ability to attract and retain the highest level of graduate students.”

“I personally believe that people who are employees of a corporation that’s looking to develop land for a sum of eight figures have an inherent conflict of interest,” Frey said at the Nov. 19 Council meeting. “I don’t have to go to work tomorrow and tell my colleagues that I voted one way or the other, either positive or negative, for the people that employ us, but both of you do.”

From my point of view and understanding, I don’t believe there is a conflict and that’s why I look forward to the (Ethics Review Board) hearing and clarifying that.” -Wade Troxell, mayor

Troxell and Stephens have both denied having any COIs regarding CSU making the sale.

Troxell said he had asked for a COI evaluation in 2015 when Council was considering a different CSU stadium matter, and the Ethics Review Board then said he did not have a conflict.

Nevertheless, Council voted unanimously to postpone the final hearing on rezoning Hughes until after the complaint is resolved. Troxell said there is much emotion around the development, and it is best not to compound it.

“From my point of view and understanding, I don’t believe there is a conflict, and that’s why I look forward to the (Ethics Review Board) hearing and clarifying that,” Troxell said.

The Ethics Review Board is composed of councilmembers Ken Summers, Julie Pignataro and Stephens with Troxell as an alternate. Since the complaint is directed at two Board-related members, an alternate board consisting of the five other councilmembers will review this complaint.

The Board must evaluate the legal validity of the complaint under the ethics laws within 30 business days of its filing, in this case until Dec. 30. The City is still scheduling the meeting, which will be public, and the complaints will be notified.
If the Board decides the complaint should move forward to further investigation, they move to a more formal process. The complaining party can bring witnesses at this stage.
If the Board finds an ethics violation from this, their opinion goes to City Council where they can choose to adopt it as a resolution.

Councilmember Summers, who will be on the Board, said it is important to understand the process will be driven by “legal definitions and concerns and not personal opinion.”

“Just because people may feel a certain way, (it) isn’t necessarily the way the law is written,” Summers said.