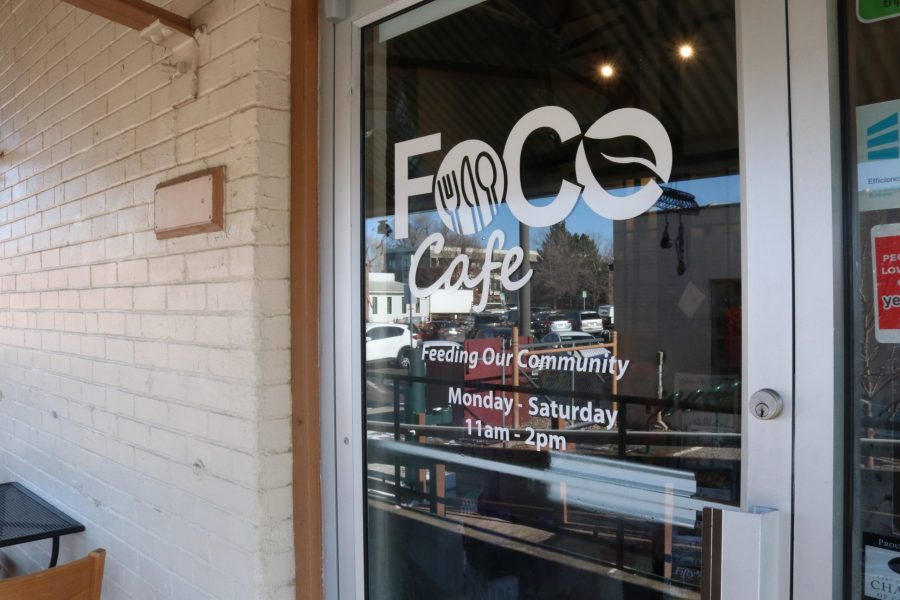 FoCo Cafe has been serving the community for almost five years. Starting from an idea, this restaurant has committed itself to providing fresh meals and other services to Fort Collins residents.

On Thanksgiving Day in 2014, owners Jeff and Kathleen Baumgardner opened their new cafe with 18 cents in their bank account.

“She worked at (Colorado State University) as a communications director for the College of Engineering,” said Mallory Garneau, FoCo Cafe executive director. “He was a doctor that delivered babies, so neither of them had any experience in nonprofits or restaurants. They decided, ‘This is our idea; let’s just go ahead and start running with it.’”

FoCo Cafe’s full name, Feeding Our Community Ourselves, Inc., attests to just that — providing an opportunity for people to enjoy a meal regardless of their ability to pay. Customers who cannot afford to pay the minimum price of $4 are asked to volunteer their time.

We depend on the community to show up and be able to support us, so it’s this give and take. We wouldn’t be here if we were just serving the people that needed it.” -Mallory Garneau, FoCo Cafe executive director

The $4 covers the cost of food on the plate. This price does not account for paying the chefs and other employees, utilities or rent — only the price of the food. Typically, a meal would cost $12.

Rather than a traditional soup kitchen model, FoCo Cafe wants to ask what customers can provide versus what the cafe can give, Garneau said.

“When we ask, ‘What can you provide for us; what can you give us in exchange?’ they tend to realize that they do have more worth than they have given themselves,” Garneau said. “They start to regain a sense of self-autonomy, and that’s really where you see people move from homelessness to self-sufficiency.”

Volunteer Cliff Adams chose FoCo Cafe for his community service hours but has chosen to stay after his hours were finished. He is now Saturday’s operating manager, coordinating the dining area and other volunteers.

Because FoCo Cafe is a restaurant, they are faced with more financial barriers than other nonprofits. About 40% of the cafe’s overall income budget comes from meal donations. The other 60% is obtained through other sources. Whether it’s monthly donors, renting out their space, fundraisers, events or grants, the cafe finds a way to make ends meet.

Each plate the cafe sells requires a sales tax, which adds up to $300-500 a month. The cafe also provides worker’s compensation and insurance for volunteers in the event of injury.

“We depend on the community to show up and be able to support us, so it’s this give and take,” Garneau said. “We wouldn’t be here if we were just serving the people that needed it.”

FoCo Cafe has a total of five employees — two dishwashers, a chef, the executive director and the manager. Everyone else volunteers their time. On Saturday, the cafe is 100% volunteer-run.

Phil Skinner has been volunteering his time since June of 2018. His rehab program suggested he become involved with community service, and it just so happened that he had also been taking culinary classes. When he said he could work every Saturday, the cafe immediately put him to work.

“I’ve really gotten into the culinary arts, taking classes and things like that, and this is a way to further my education in that while helping people who could use a hand,” Skinner said. “(Volunteering) certainly helped me.”

Priding themselves on using only local, organic and sustainably grown ingredients, the cafe creates a menu based on what gets donated and what produce is seasonal. Every day there is something new.

Using the on-property garden and donations, along with buying food from local farmers, the cafe works to increase the accessibility to healthy food while supporting the local economy, Garneau said.

“We’ll come in the morning and there’s a bag of something that someone’s dropped off,” Garneau said. “We want to make sure (we are) reducing food waste, so we’re making sure that things aren’t going bad. If something shows up that wasn’t going to be on the menu, but it’s there and ready to go, we’re going to use it.”

Last year, the cafe launched “Save the FoCo Cafe” to keep its doors open. A year later, on Sept. 26, the cafe celebrated their 100,000th meal — a month earlier than expected.

For their five year anniversary, they will have their annual Thanksgiving celebration. Since the cafe is one of the few businesses open on Thanksgiving Day, FoCo Cafe also began a Meals on Wheels program of sorts.

Starting as an idea from an intern, volunteers will deliver meals to those that otherwise would not have access. The cafe partnered with Senior Helpers to get a list of people interested in receiving a Thanksgiving meal.

“I think we served 30 households and had a fleet of about eight volunteers that did delivery meals, which was a new edition last year (and) was really cool because it was a way for us to give back,” Garneau said.

“Yes, it’s about the food, but it’s what happens when all these different people come together in this space and share a meal in a place that doesn’t have social barriers, where people can interact in a way where they don’t have that space elsewhere,” Garneau said.