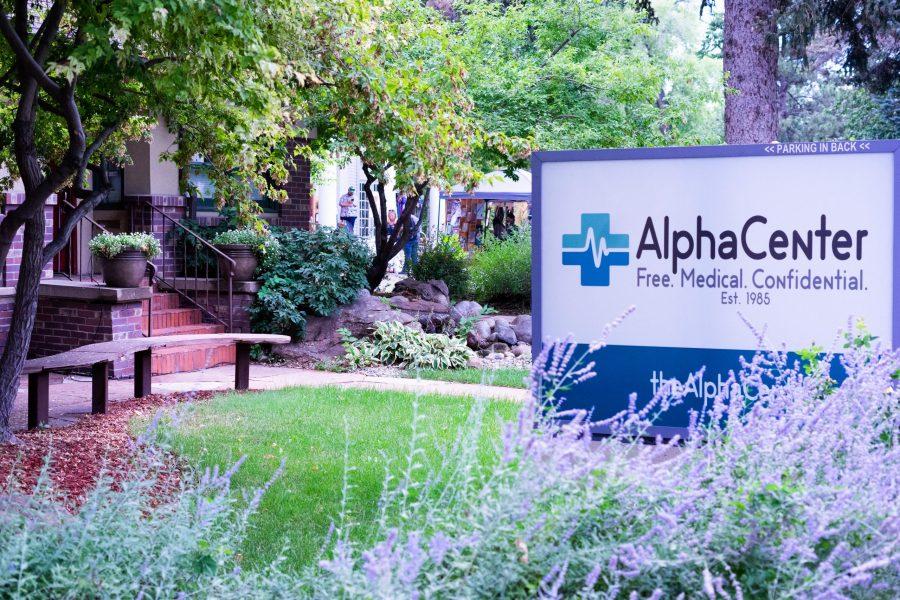 Posters and chalk messages from End the Lies have appeared across Colorado State University, warning people of crisis pregnancy centers and other “fake clinics.”

According to the End the Lies website, “fake clinics” are centers that are “intentionally misleading women into believing they are real healthcare facilities” while hiding their true ideology. The site says that centers are sometimes referred to as crisis pregnancy centers.

“These are facilities that claim to offer pregnancy-related healthcare and medical services but prey on women at a vulnerable moment in their lives by pushing medically inaccurate information,” according to the website. CPCs appear to be similar to places like Planned Parenthood but really have an anti-choice agenda.

End the Lies is a campaign demanding that fake women’s health centers end the lies of deceptive advertising, misleading websites and other dishonest tactics to “lure women seeking care and information about their full range of healthcare options.”

According to End the Lies, there are more than 2,700 fake women’s health centers across the United States.

On the website, Fort Collins’ Alpha Center is listed as an example of a CPC.

Alpha Center is part of the National Institute of Family and Life Advocates, a pro-life nonprofit with a mission of “achieving an abortion-free America,” according to the NIFLA website.

McLain said these claims are disheartening and challenging to their staff.

“Within the pregnancy health organization, within that body of work, we have really transitioned away from crisis pregnancy language,” McLain said. “We feel like that puts a label on people as if they’re having a crisis, and they might not actually be having a crisis. They might just need information.”

“For the work we’re doing and the commitment we have to our community to be medically accurate and medically-based, the Expose Fake Clinics comments seek to undermine that.” -Jennifer McLain, executive director, Alpha Center

Alpha Center is a Christian medical clinic that seeks to provide free services and education related to sexual health, according to Alpha Center’s website.

“We really love serving our community,” McLain said. “We really treasure the relationships we have with the patients that we’ve cared for.”

“Our goal is to be there as a support and as a strengthening place for those who seek us out,” McLain said.

Though Alpha Center is a Christian medical center, McLain said they have no expectations for those they serve to follow the faith. The belief system the center follows is to not judge, shame or be a place of guilt, McLain said. Rather, McLain said it’s meant to be a place where patients can be heard and seen confidentially with excellence and commitment to medically accurate and reliable care.

McLain said this isn’t the first time Alpha Center has been called a fake clinic. This year’s movement, however, feels differently organized than past experiences.

“For the work we’re doing and the commitment we have to our community to be medically accurate and medically-based, the Expose Fake Clinics comments seek to undermine that, from our perspective, because they often talk about non-medical staff,” McLain said.

Patients are in the care of a nurse while under medical care, and there are five nurses listed on staff, McLain said.

Another local provider of healthcare is Planned Parenthood, an organization known for its abortion services, though it also provides other information and aid.

According to the Planned Parenthood website, the organization offers STD testing, birth control, abortion, emergency contraceptives and other sex education. On the Keep Abortion Safe website, Planned Parenthood is listed as a positive resource for people seeking healthcare.

“There are people looking for help, but all they’re getting is propaganda.” -Eduardo Estrada, local resident

“Closing down other clinics would create a hole in services that Planned Parenthood might not have capacity for,” Miller said. “Even if these clinics don’t have abortion, they still help distribute work.”

Local resident Eduardo Estrada, however, said CPCs are wrong for being misleading.

“There are people looking for help, but all they’re getting is propaganda,” Estrada said.

Expose Fake Clinics said fake clinics can be spotted if their ads and flyers emphasize the danger of abortion or if their website has little information about abortion.

In a follow-up email to The Collegian, McLain said Alpha Center does provide information about women’s options.

“Alpha Center nurses do provide and share information about the choices a woman has regarding her pregnancy, be that carrying to term (adoption or parenting) or abortion,” McLain said.

Alpha Center’s website says it “does not provide nor refer for abortions.”