Professors at CSU give 1 star to RateMyProfessors.com 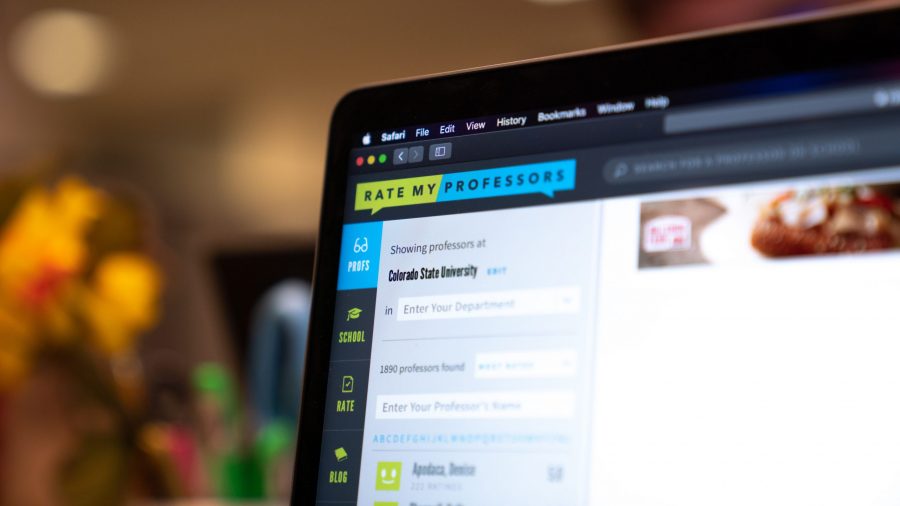 The website, Rate My Professor, is a popular website where students can research professors from universities all over the world. (Nathan Tran | Collegian)

Internet traffic on RateMyProfessors.com is primarily made up of two categories of people: genuinely concerned students and internet trolls.

Several professors at Colorado State University are in agreement that websites like RateMyProfessors.com are unreliable in determining the competency of a teacher, as comments range from constructive criticism to cruelty.

Rate My Professors allows college students to score their professors, rating them a number between one and five. Each score is accompanied by a comment, explaining why that certain score was granted.

Jodie Kreider, an assistant teaching professor in the CSU department of history, hasn’t looked at her rating for more than 10 years, and she said ratings have an effect on teachers.

“It’s really hard to read them because you’re opening yourself up, and you might have 99% of them be awesome,” Kreider said. “But that one that’s negative? Just, you have no idea how that messes with us. … Those are the ones that stick with you and give you an insecurity complex.”

Airica Parker, a senior instructor in the CSU department of English, agreed that the emotional toll a rating can have on a teacher is very real.

The numbers represented on websites like RateMyProfessors.com account for a small number of the student population, according to Parker, and that can diminish some of its reliability.

Course evaluations are the primary way students can voice their opinions of a class, according to Kerry MacFarland, an assistant professor in the CSU department of chemistry.

However, professors sometimes receive comments aimed to insult, and their content has no relation to their teaching.

“I can’t handle your out-of-date pop culture references, the tone of your voice reaches a certain level that makes my brain itch and I can hardly stand to listen any longer,” wrote an anonymous commenter on RateMyProfessors.com.

Online evaluations like these tend to be written by those with extreme opinions, whether positive or negative, and don’t represent the average student, according to Kreider.

There are a number of variables that influence the way a professor is rated in online forums or course evaluations. Kreider, Parker and MacFarland agreed that a major component in online ratings is the level of difficulty presented in the classes.

“I guess I would just wonder if teachers are concerned about the fairness of how they’re being represented publicly,” Parker said. “Does that make them less willing to be a challenging teacher when in fact being a challenging teacher may be the very thing that brings out the best in their students?”

That is not to say all Rate My Professors ratings are biased or that students might not get anything from the website.

Ryan Torrez, a freshman human development and family studies major at CSU, used the website to research professors before registering for spring classes.

After looking up one professor he had this fall and agreeing with the positive comments she had received, he decided to search for more professors.

“For (a certain professor), (the rating) was true,” Torrez said. “I don’t know if that’s true for the other professors because I’ve never met them, but I’m gonna go off of the fact that since hers was correct, I’ll trust that the other ones are semi-correct.”

Despite the negative opinions of Rate My Professors from many CSU faculty, however, Kreider believes that the website has at least gotten better over the years.

“I think it’s improved,” Kreider said. “They got rid of the chili pepper for hotness. People used to go and put chili peppers on the faculty that they thought were hot. That’s how you know (it’s) not a legitimate academic tool.”