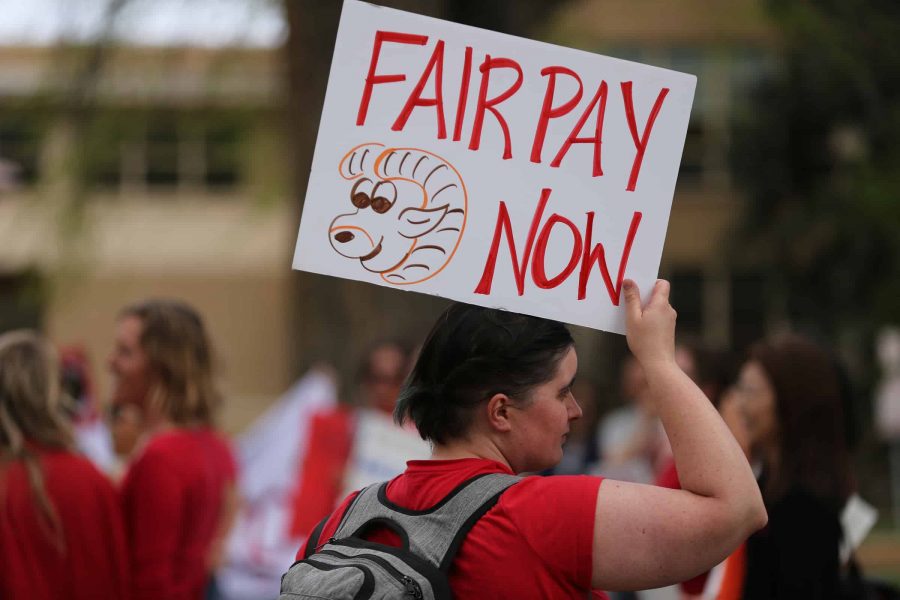 Non-Tenure Track Faculty Equity Week kicked off with a two-hour long discussion about what NTTF want, and they want it now.

At the Committee on Non-Tenure Track Faculty listening session Tuesday, Colorado State University faculty had a conversation about the ongoing problems NTTF face, including job titles and wages.

CoNTTF is a specialized standing committee of Faculty Council that advises on matters relating to NTTF. In addition to members of CoNTTF at the listening session, there were also non-council faculty members voicing their concerns.

“It feels like we are perpetually stuck in this lower status condition without any way to get our way out of it,” said Pamela Duncan from the political science department.

A grievance brought up multiple times throughout the session mentioned the differences between instructor and professor titles, “which we all know counts for more, even if it’s not pay,” Duncan said.

NTTF are frustrated with the lack of equity because they are not treated the same way TTF are, and Duncan urges the University to “evolve faster.”

Bottom line is we want to do the right thing and make the right changes.” -Dan Bush, vice provost for Faculty Affairs

Many of the NTTF at the listening session reiterated that they feel devalued because they are paid less and subsequently cost less for the University.

“I think (the listening session) was good but not enough,” said Mary Van Buren from the department of anthropology. “We need to get a lot more systematic information about how this transition is going.”

Dan Bush, vice provost for Faculty Affairs, said his hope in the future is to be able to provide living wages, and “if that includes tenure, fine.”

He said his current focus is to “get promotions going and salaries up.”

“Bottom line is we want to do the right thing and make the right changes,” Bush said.

Those who were at the listening session were grateful for the time and the recent changes, but many repeated that more needs to be done for NTTF.

“Having a session like this where we can listen to people who are not directly engaged in faculty council is awesome,” said Jenny Morse, chair for the Committee on NTTF.

The support and University-level changes, which Faculty Council and CoNTTF helped establish, have been good, but many people at the session say it’s just not enough, and they do not receive a living wage.

“My hope is that our concerns are being heard and considered seriously,” Duncan said. “If they are not, the consequences for the University could be very serious. (They could also be serious) for the students; it’s really all about the students.”