Heavy snow closes CSU this time 10 years ago: Why not now? 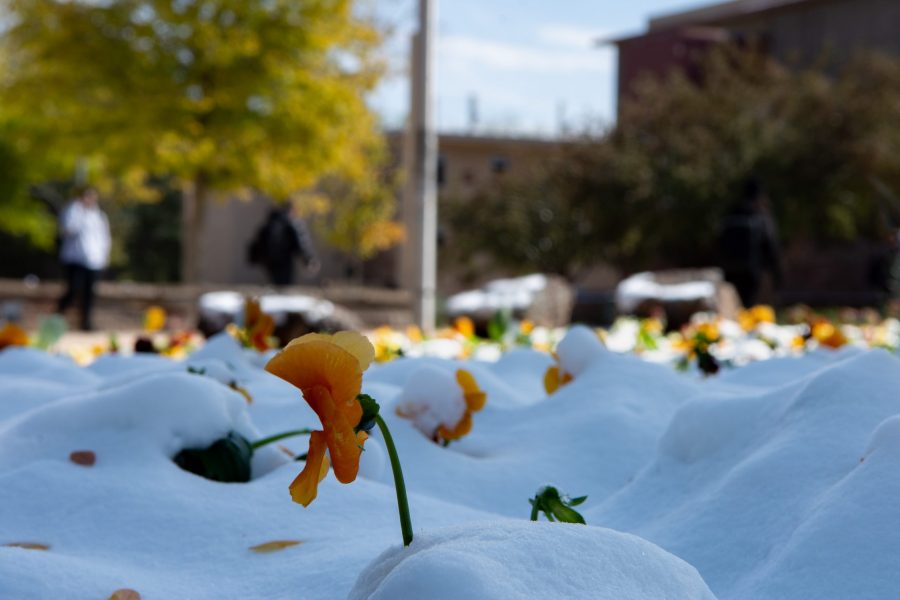 It’s often said that trick-or-treaters in Colorado must prepare for bitter weather every Halloween and plan their costumes around heavy coats, boots and other winter gear.

While this may certainly be the case this year for Fort Collins, as snow and frigid temperatures pummel the Front Range in the days leading up to Halloween, the first heavy snows of autumn 2009 brought much harsher conditions to the area and actually closed Colorado State University exactly 10 years ago.

On Oct. 28, 2009, CSU was in the midst the largest October snowstorm to hit the Front Range since 1997, according to The Collegian’s cover article published the day after, titled “Mid-autumn snow storm closes university.”

Conditions became so intense that the limbs of the trees lined across The Oval began collapsing under the weight of the snow, leading to The Oval’s closure that morning. Luckily, no damages were reported.

The Oval’s closure was eventually followed by a University-wide closure at 2 p.m. that day, leading to a “mass exodus” of students, faculty and staff, according to the article.

During the afternoon of Oct. 28, the National Weather Service issued a winter storm warning for the majority of Colorado, predicting an average of 18 inches of snow in Denver and along the Front Range, according to the article.

According to an article from the Associated Press featured in The Collegian on Oct. 29, as much as 4 feet of snow was predicted in the Rockies, and up to 14 inches were predicted to fall in Cheyenne, Wyoming.

The storm also impacted Utah’s Wasatch Front and western Colorado, leaving 2 inches of snow behind in Grand Junction, the heaviest snowfall that early in the season there since 1995, according to the AP article.

The City of Fort Collins declared a snow emergency for the day, and all City buildings and facilities, as well as Larimer County offices, were closed at 1 p.m. Transfort bus services continued to run until 6 p.m., and night services were canceled.

According to the AP article, the Wyoming state government closed its offices in the Cheyenne area, and before the Wyoming Department of Transportation closed Interstate 80 between Laramie and Cheyenne, 70 accidents occurred. Nine accidents caused injuries that day, though no one was killed.

Ultimately, more than 2 feet of snow was reported in the Denver area, causing road closures, according to the AP article. Visibility was reduced to below a quarter-mile, and the storm lingered around the Front Range until early the next day when it moved to western Nebraska.