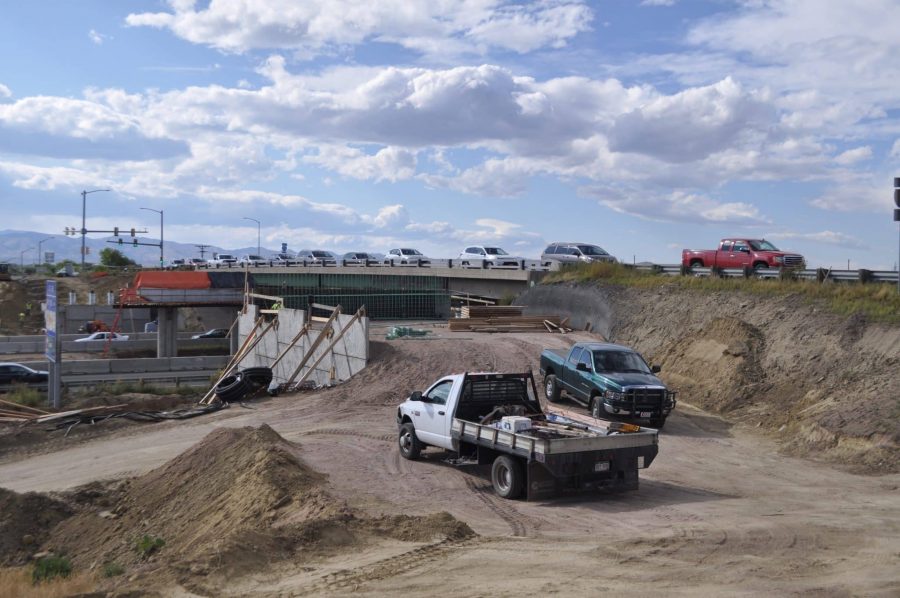 Construction crews have begun work on building a new bridge on Prospect Road over Interstate 25. All lanes on I25 and Prospect remain open currently but will close as construction continues over the interstate. (Anna Montesanti | Collegian)

It may seem as though the ongoing construction along I-25 has lasted for eternities, but an upcoming set of closures is happening a little bit closer to home.

Construction on the Prospect Road/I-25 interchange will cause nightly closures during October 2019 and an entirety of an undetermined weekend in early 2020, and it may affect Colorado State University and Fort Collins commuters.

Madelein Lopez, web and technology development coordinator within the department of microbiology, immunology and pathology at CSU, said the current I-25 construction already adds 10-15 minutes to her morning commute from Timnath, Colorado.

“I’ve tried alternate routes, but those aren’t faster,” Lopez said. “It is a short term inconvenience, but an expanded I-25/Prospect Bridge is greatly needed.”

The main road closures will take place from Oct. 8 to Oct. 10 and on Oct. 13, said Jared Fiel, Colorado Department of Transportation communication manager of Region 4 that includes Weld and Larimer counties.

Sometime in early 2020, there will be a weekend closure of the northbound and southbound I-25 on and off ramps at Prospect Road. Eastbound and westbound Prospect Road will also be closed between the frontage roads.

Part of the I-25 North Express Lanes project, the new Prospect Bridge is one of CDOT’s many plans for the next few years. More information on the project can be found on CDOT’s website.