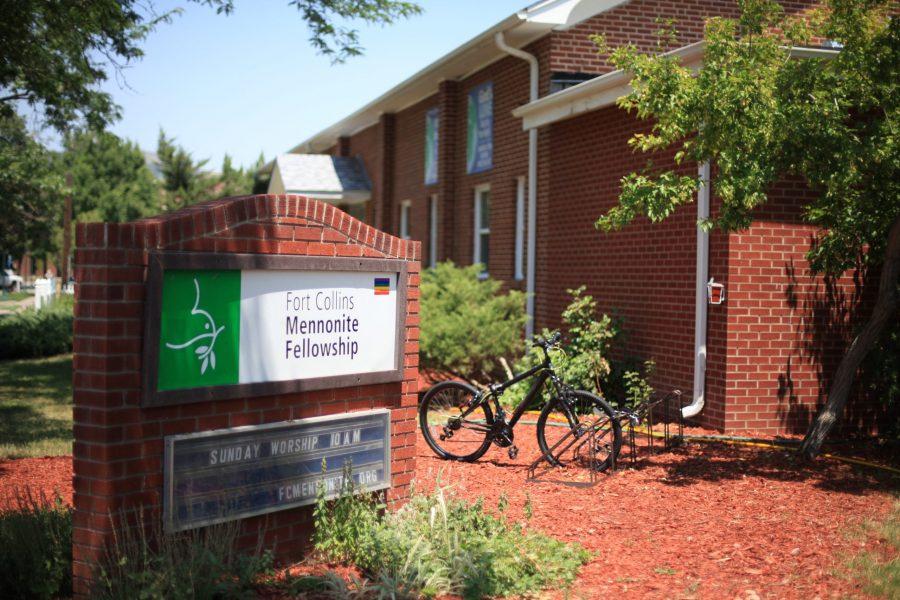 After being sued last year, the City of Fort Collins has reached a settlement with the Fort Collins Mennonite Fellowship about the “overly burdensome conditions” the City placed on its homeless lockers program.

Under the settlement, the City will pay $60,000 to the plaintiff’s attorney for fees and costs. The City will also replace the original four program operating restrictions with 10 new ones, which were negotiated out between the parties.

“I think they have the right to have them,” said Mayor Wade Troxell about the Mennonite Church’s lockers. “(And) I would hope that they continue to evaluate their impact and think about the system of services within our community and think about engaging within that system.”

The FCMF has been advocating since 2017 to have a locker program in place that would be accessible 24 hours a day, seven days a week for those experiencing homelessness.

No such service currently exists for free in Fort Collins, although the Murphy Center has since expanded its own locker hours, according to the Coloradoan.

The church and locker advocates said more accessible storage options would accommodate those with jobs or those who need access to their belongings on the weekends.

FCMF ultimately began this project on its own property using community donations after the City denied the group funding for such a program in 2018. A dozen functional lockers, to be expanded to 20, now sit at the corner of Mathews Street and East Oak Street, next to Old Town Library.

The program required approval from the City Planning and Zoning Board, which FCMF received, but that approval was quickly challenged in an appeal.

Appellants, consisting mostly of residents in the library neighborhood, said the lockers would exacerbate safety issues and did not belong in a residential area.

At the initial appeal, Council did not undo the P&Z Board decision, but they unanimously added three new operating restrictions which limited the locker access hours to between 6 a.m. and 8 p.m. and required constant supervision of the lockers during that time.

The supervision mandate proved the most troublesome, and after beginning locker operations in September 2018, the church had to shut it down by December.

Steve Ramer, pastor of the FCMF, and the FCMF filed a joint lawsuit against the City in November 2018 for the restoration of their original program. The filings said the City restrictions were unreasonable, vague, overly burdensome and prevented the church from practicing their religious service of helping the less fortunate.

After months of negotiations and a mediated settlement conference in May 2019, the church and City reached a tentative settlement agreement, according to City documents.

I’m relieved to have this be over. It’s been a real roller coaster.”-Steve Ramer, pastor of Fort Collins Mennonite Fellowship and plaintiff in lawsuit against City

The City will pay a negotiated amount of $60,000 to FCMF’s lawyers to cover some of the costs incurred during the lawsuit.

The church’s surveillance camera, installed early on in the program, will continue running 24/7. Footage will be retained for seven days.

These new operating conditions will not be in effect unless Council approves the second reading of the ordinance at its Sept. 3 meeting. If the ordinance does not approve, the lawsuit will continue. If the City wins, the original restrictions will hold, but if they lose, the church could potentially operate with no restrictions at all.

Several of the original locker appellants came on Tuesday to ask the City to continue the lawsuit. They spoke out against the settlement, sharing many stories of negative encounters with the homeless population and reiterating their original safety concerns.

While Council acknowledged those issues, Councilmember Susan Gutowsky of District 1 was the only vote against accepting the settlement. She said there are other locker options available, and the settlement does not properly address the safety concerns of the neighbors.

Other members noted the need to address the City’s overarching problem with homelessness.

“We really need to work on a solution together,” Councilmember Emily Gorgol said. “But I think the church has a right to provide these lockers and … I just hope that the City continues a good relationship with the Mennonite Fellowship and that we continue to work together to try and mitigate some of these impacts in the neighborhood.”

Ramer said he was glad Council reaffirmed the church’s right to practice its religion.

If Council passes the second hearing of the settlement ordinance on Sept. 3, the church will start interviewing and accepting locker guests again, as well as installing the remaining donated lockers and another mural, Ramer said. They also plan to host another “Locker Jam” to celebrate.

“I’m relieved to have this be over,” Ramer said. “It’s been a real roller coaster.”

Church representative must be present during all hours of operation.

If Fort Collins Police Services or a community member believes someone is impermissibly accessing their locker, FCPS can contact the representative, who should try to respond within 30 minutes. If their response is not timely, FCPS officers may go and enforce any relevant laws at their discretion.

Lockers must be blocked after hours with a “securely locked metal bar,” or something equally effective. Guests can access their locker after hours if a representative is there to unlock and relock the bar.

Locker guests must sign an agreement acknowledging the operating hours. Failure to comply after a warning may result in removal from the program. That agreement will also be posted on the lockers.

One security camera to monitor lockers 24/7. Footage will be kept for seven days

One security camera to monitor lockers 24/7. Footage will be kept for seven days

These restrictions are on top of FCMF’s own program rules. When the program first began, those main rules were:

Locker guests cannot store drugs or weapons in the lockers.
Guests cannot change clothes, sleep or loiter around the FCMF property.
Applicants go through an interview to determine locker need and sign an agreement to all rules before being granted a locker for three months. Violations of the rules may result in being removed from the program.