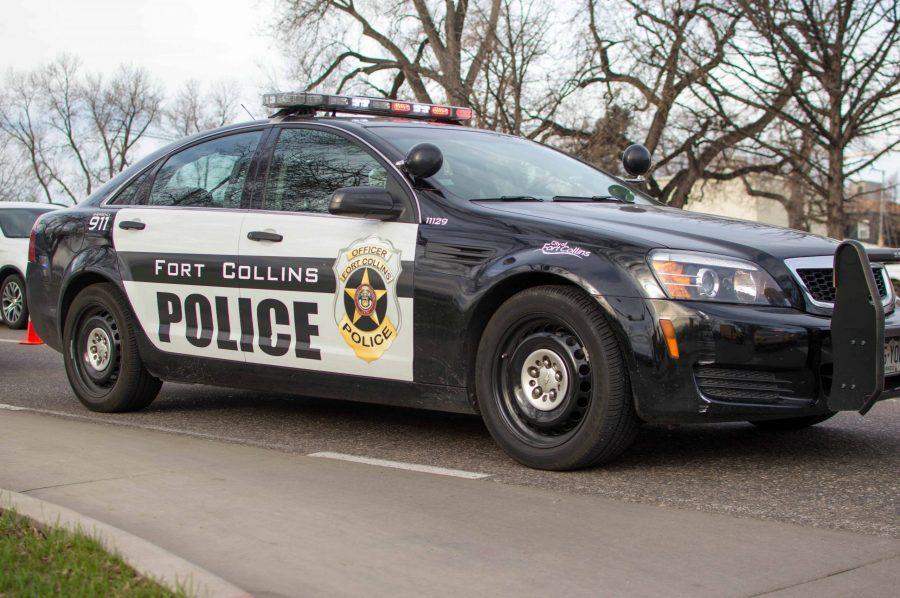 A police car is blocking a lane on Shields St. after an accident on campus. (AJ Frankson | Collegian)

A motorcycle driver was seriously injured Thursday afternoon in a collision with a sedan at South Shields Street and Hill Pond Road.

According to a City news release, officers determined that Jonathan Jackman was driving a 2014 red Honda Grom motorcycle north on South Shields Street. It collided with a 2003 red Pontiac Grand Prix, driven by Kyran Rausch, as the car was turning onto South Shields Street from Hill Pond Road.

Jackman suffered serious injuries and was transported to a nearby hospital, according to the release. Rausch was not injured.

Investigators closed South Shields Street between Rolland Moore Drive and Spring Creek Lane for about three and a half hours to process the scene. Officers are still reviewing what may have contributed to the collision.

Fort Collins Police Services asks anyone who witnessed the collision and has not already spoken to police to contact Officer Ken Koski at 970-416-2229.

This is at least the fifth serious or fatal vehicular crash to occur within the City in the last week, based on news releases from the City. First year student at Colorado State University TJ Avery sustained critical injuries after being in an on-campus collision as a pedestrian. He is currently on life support awaiting the donation of his organs.

“We’ve seen too many serious injury crashes in the last several weeks,” said FCPS Assistant Chief Tim Doran in the press release. “We need our community’s help to ensure safe roadways. If you travel in Fort Collins, please make a personal commitment to safety, and encourage your family and friends to do so as well.”