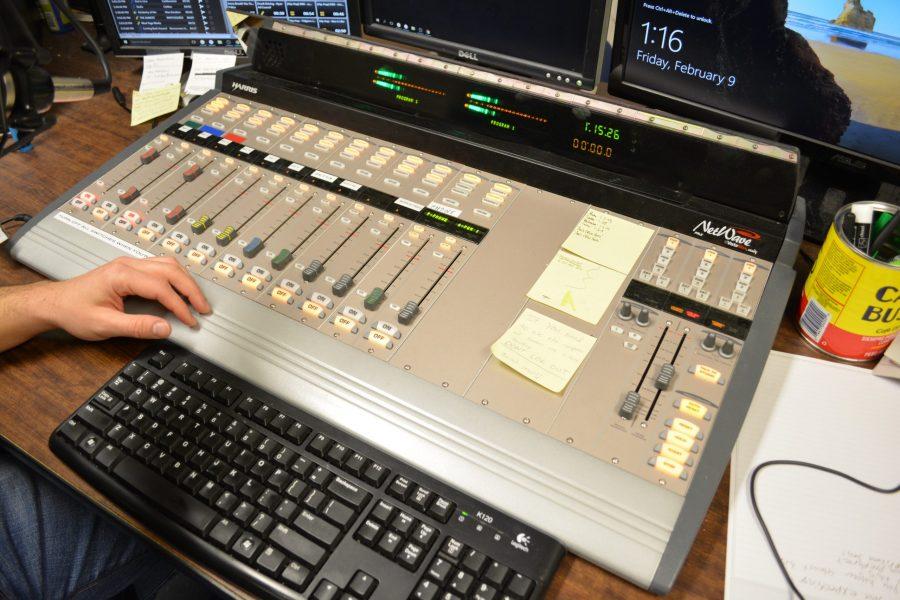 Carl Olsen, a program coordinator for Colorado State University's Women and Gender Advocacy Center, and Jake Aglietti, a senior at CSU studying communication and ethnic studies, co-hosts a new podcast about masculinity titled "Do You Even Lift, Bro? Men Exercising Social Justice." They record the podcast in the student radio station, KCSU's, studio, which supplies them with the recording equipment. The podcast was binge-released Feb. 1 on iTunes, SoundCloud and kcsufm.com. (Randi Mattox | Collegian)

Fort Collins’ police chief got down with the community and took over the radio waves.

“Chief Chat” aims to create a space where productive and understanding dialogue can take place and to motivate the people of Fort Collins to work with law enforcement and better the community, Swoboda said.

“Policing across the country is facing many similar challenges, and I want to talk about issues big and small, but most of all, relevant,” Swoboda said. “Without the support of the community, police departments and police chiefs fail. I like to push issues and difficult conversations. That’s where the work is.”

“Chief Chat” is scheduled to air every other Tuesday at 6:30 p.m., live on air or streaming on the station’s website.

Swoboda approached the radio station with the concept of the show, an idea that sparked her interest.

“It would be really interesting to hear how things are done: how the city is organized and protected by our police department,” said Jen Parker, executive director of KRFC 88.9 FM Radio Fort Collins.

Swoboda, having had experience in radio production through the Chicago show “Friday with the Fuzz,” brought the knowledge of how law enforcement should better interact with the community as well as how the community can serve itself to KRFC, fitting right in with the station’s theme, Parker said.

“[Listeners] will discover things about the town they live in, how the police system works or how the town works,” Parker said. “It will be interesting, intriguing and super upbeat too.”

“Policing is very high profile, but the truth is there are many people and programs who have great impact in our community, and I want to talk to them,” Swoboda said.

To get involved, listeners may email Swoboda with questions or ideas.

“People will learn quickly that I talk about real issues, not just ‘softball’ topics,” Swoboda said. ”I am looking forward to these discussions with people across the country talking about topics that people find interesting.”

Dorina Vida can be reached at news@collegian.com or Twitter @simply_she_.