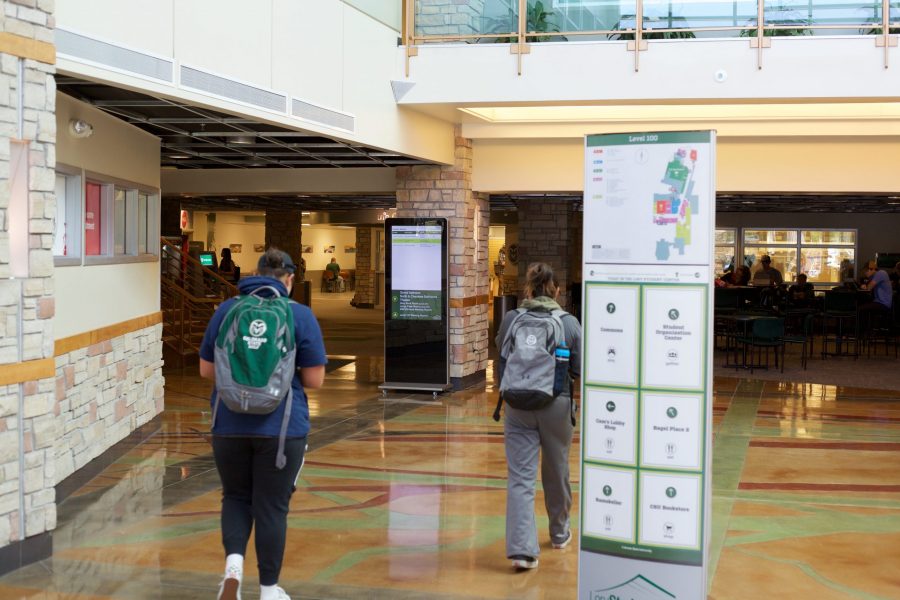 The north entrance of the LSC May 3. The northern end of the LSC, including the bookstore and the Adult Learner and Veteran Services center, are part of a planned renovation. (Ryan Schmidt | Collegian)

The 51-year-old north end of the Lory Student Center is fixing for a $25 million makeover.

The renovation includes $15 million for a “revitalization” of the north end of the LSC and a $10 million expansion of the Adult Learner and Veteran Services office, said the Executive Director of the LSC, Mike Ellis.

The project is in the program planning phase, which means the University is working with the company hired for the renovation, Haselden Construction, to identify what user-needs must be addressed. They also recently evaluated the mechanical and electrical needs like heating, ventilation and air conditioning, which will be the most expensive portions and will determine how much money will be left over for other concerns, Ellis said.

The programming phase will continue until midsummer when the plan will go to the Board of Governors, followed by the development of schematics, formal designs and construction documents. Ellis said they hope to begin a year and a half of construction in February 2020.

The construction plans will minimize the impact to resources housed on the north side of the LSC, which might include relocating some of them for a short period, Ellis said.

What will happen to the north side of the LSC

The revitalization of the north side of the LSC is part of a three-part masterplan which was set in place in 2004 and most recently saw the renovation of the south side starting in 2013.

The north side includes the bookstore, the North ballroom and the Cherokee Park ballroom.

Ellis said the renovation will both extend the design and feel developed in the south side renovation and update the guts of the building, which were installed when the north side was built in 1968.

“The beauty of approaching a building renovation with sustainability in perspective is you want to maximize the lifespan of existing functions and systems of a building,” Ellis said. “We’ll be able to do that and bring in new systems that are going to use less energy and be more efficient both in their use of space and how they respond to the needs of building users.”

What will happen to the ALVS

The ALVS is looking to triple its lounge capacity as well as add private workspaces and offices. Marc Barker, the director of the ALVS said all 45-50 seats in the office are filled all day long and many students have to wait for somewhere to sit.

Stephen Lunt, a masters student in Bioagricultural Sciences, said some student veterans have a hard time using the resources in the office because it’s currently fairly small and crowded.

“The community in here has been instrumental into my success,” Lunt said. “I do feel that when it grows there will be a lot more people serviced by this area and I feel like the community will become a little bit larger but still remain as tight as it has been.”

Barker said Haselden and the University have agreed that the ALVS will remain approximately in the same area of the building as it is currently located. He also said he trusts the plans to minimally impact the resources they provide.

After the expansion, Barker said the ALVS may look into expanding some of the resources they provide to adult learners and student veterans and may add a general advising position.