The Rocky Mountain Collegian • May 12, 2019 • https://collegian.com/articles/news/2019/05/category-news-undie-run-takes-place-despite-universitys-opposition/ 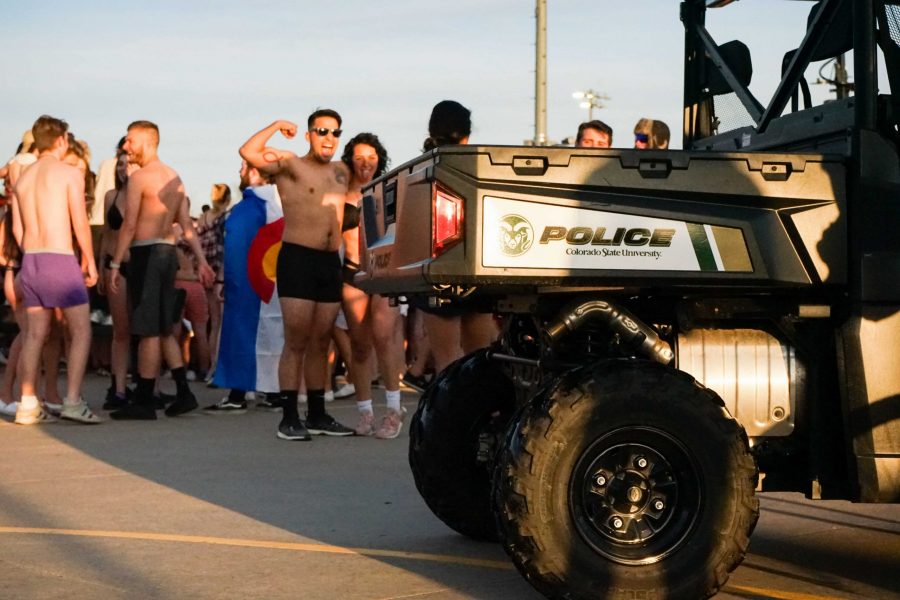 The annual Undie Run happened Friday evening, despite an email from the Colorado State University Public Safety Team saying it was not to take place.

With an estimated 1,000-1,300 students, this year’s event was much smaller than in previous years, which saw 3,000-5,000 participants, said Dell Rae Ciaravola, CSU public safety and risk communications manager.

Prior to the day of the run, CSU released a university-wide email explaining the University’s opposition to the Undie Run. The email explained the safety concerns surrounding the race, based on the event’s issues in prior years.

“I feel that after having read the whole email, it kind of only took the perspective from their point of view and not actually take the view of a student like myself into consideration,” said a senior who wished to be referred to as “G.”

“We’re grateful that most individuals, including students, stayed away and problems were kept to a minimum.” Jody Donovan, Assistant Vice President for Student Affairs and Dean of Students

Assistant Vice President for Student Affairs and Dean of Students Jody Donovan said that the University knew very well there would be some students that would disregard those concerns.fas

“We knew from the outset that we wouldn’t end the run in a single year, but we have been clear that ending it is our goal,” Donovan said. “We’ll continue to send a strong message to students and other participants and adapt our approaches to achieve that goal.”

As such, CSU Police Department officers, Fort Collins Police Services officers and as many as 100 volunteers were in attendance and prepared to take action should any inappropriate behavior occur.

“It’s not very advisable to be partaking in this,” said Marc Barker, a volunteer at Friday’s event and director of Adult Learner and Veteran Services. “History tells us that there’s been a lot of problems, and I don’t think that, for the majority of CSU students, this is representative of who we are and what it means to be a Ram.”

All throughout the event, students chanted in unison, “We’re proud to be a CSU Ram,” as well as bashing the University of Colorado and certain political institutions. When the crowd moved to the intramural field, the police and volunteers began to close in on the crowd. The group responded by chanting, “You can’t stop us,” but the event was over well before 8 p.m.

The run, overall, was mild with little interaction between students and law enforcement.

“We’re grateful that most individuals, including students, stayed away and problems were kept to a minimum, but that doesn’t in any way reduce our concerns about the risk of an unauthorized, unorganized event of this size and scope on our campus,” Donovan said.