The Rocky Mountain Collegian • May 8, 2019 • https://collegian.com/articles/news/2019/05/category-news-employee-climate-survey-analyzes-csu-work-environment/ 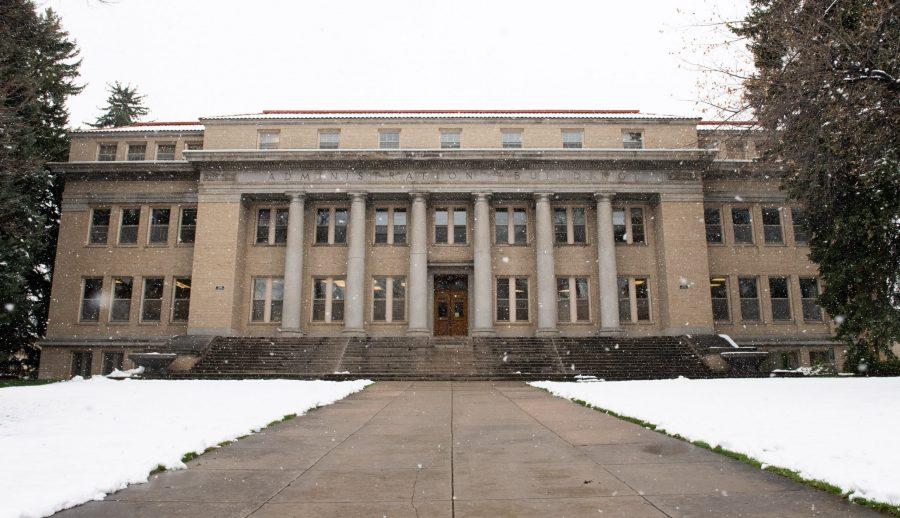 The Colorado State University employee climate survey results are out.

The employee climate survey has taken place every two years since it started in 2012 said Mary Ontiveros, vice president of diversity. Its goal is to make CSU a more equitable place to work through University employees’ feedback, according to the survey’s concluding statements.

The survey included different “themes” to gauge the overall climate of the University including culture, respect, incidents of bias and misconduct and work stressors. This year, there were a total of 15 themes within the survey.

“The purpose is to help us identify where the areas of concern might be, and then to program or introduce policies, procedures, practices that would help us to address those. If they are problematic, to make it a better campus, and if they are not problematic, to celebrate what we are doing well,” Ontiveros said.

The goal of the report is to assess the overall climate of the University in hopes of creating a conversation surrounding how a more equitable workplace can be achieved, Ontiveros said. The University cannot make progress and improve the overall employee climate if they don’t know what the issues are, she said.

According to the overall findings, most faculty and staff agreed on the state of their department or unit diversity culture, sense of belonging and respect demonstrated by the average responses for each category.

“The purpose is to help us identify where the areas of concern might be, and then to program or introduce policies, procedures, practices that would help us to address those. If they are problematic, to make it a better campus, and if they are not problematic, to celebrate what we are doing well.” – Mary Ontiveros, vice president of diversity

The response for department or unit diversity culture rated at an average of 4, with the best score being 5, meaning that on average, employees agreed that there was a diverse community within their workplace. Overall, 71% of University employees felt that they had a sense of belonging. Additionally, 79% of employees agreed that people were treating others with respect.

Employees in the state-classified group and the transgender, non-binary and gender non-conforming group had overall less favorable responses.

In addition to the employee climate survey, an intersectionality report released by the Office of the Vice President of Diversity and the Women and Gender Collaborative, broke down the demographics of the respondents including gender, race and ethnicity as well as employee type. The report includes further intersectional analysis of the data provided from the survey results.

Race and ethnicity did not play a role in differences of opinion in regard to their department and unit culture or sense of belonging in the survey. However, the non-minoritized respondents agreed more strongly that their division had “diversity culture.” Those surveyed in the minoritized race and ethnicity group agreed at a lower rate.

Despite the general consensus that CSU promotes cultural differences, only 59% of the respondents believed that their department or unit treats all employees equitably.

“Women, state classified respondents and respondents of a minoritized race/ethnicity agreed more that they feared negative consequences if they were to raise an issue of unfair treatment compared to men, faculty, administrative professionals and non-minoritized respondents respectively,” according to the survey.

The 2018 results indicated a 4% increase on the topic of respect. In 2016, 75% of CSU employees agreed that they were treated with respect at work versus the 79% reported in the most recent survey. Over two-thirds of employees said they feel valued; however, 18.5% either disagreed or strongly disagreed with this statement.

Respect for liberal perspectives within departments was one of the highest percentages in agreement at 79%. The percentage for conservative perspectives was not listed in the report.

In 2016, survey respondents of color reported experiencing more negative treatment and disrespect than their peers. In 2018, a fifth of respondents avoid someone at CSU because of bias.

Looking at bias by individual employee characteristics, over half of the respondents who identified as transgender, non-binary or gender non-conforming indicated bias was a problem at CSU. In addition, 40% of respondents with a minoritized race or ethnicity agreed that bias was problematic at CSU, compared to 26% of non-minoritized respondents.

Employees were more divided on whether or not CSU handles incidents of bias well. Overall, 51.2% agreed or strongly agreed the University does well, 14.2% disagreed or strongly disagreed while the remaining individuals were neutral. According to the report, survey responses show employees do not hold physical assault as a primary concern. However, sexual harassment was identified as a problem for 6.3% overall.

Bullying was characterized as a problem within CSU departments, offices, divisions and colleges by at least 1 in 10 respondents. The survey found that 17% of respondents avoid someone at CSU due to bullying.

Employees were asked to list their top three work stressors. Low salary was one of the stressors for 47% of respondents, followed by workload, work-life balance, lack of growth or promotion, office or department climate, email overload and lack of budget, funding or resources.

Ontiveros said she hopes the survey results will spark conversation among colleagues about these concerns so they can work together as a unit to make things better.

“(The survey is) important because (faculty and staff) need to know what the issues are,” Ontiveros said. “It is very important from our view that something be done about it. We want the information because we want to be able to do something about the results.”