The Rocky Mountain Collegian • May 5, 2019 • https://collegian.com/articles/news/2019/05/ascsu-votes-on-accommodation-passes-other-bills/ 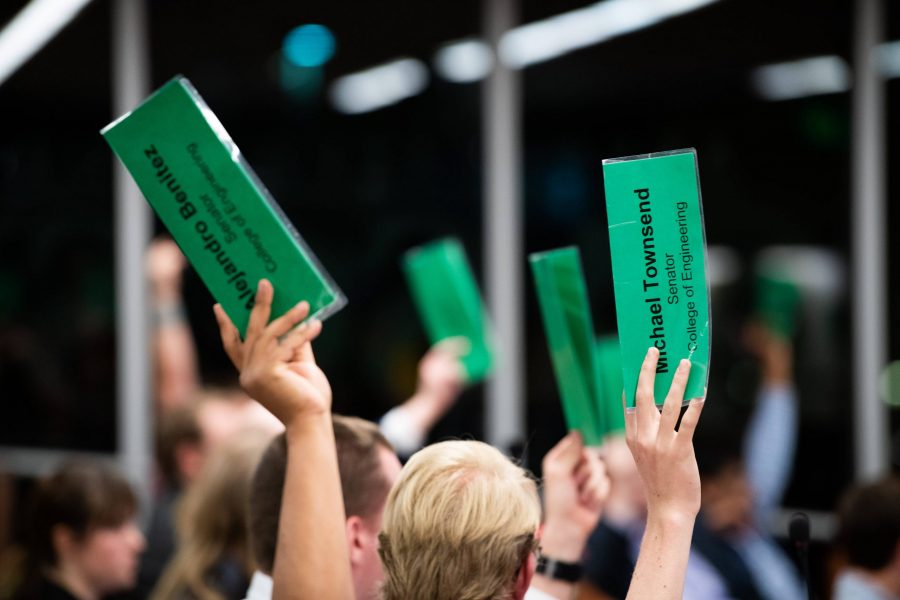 A total of four bills were passed, as well as a lex that focused on accommodation in the ASCSU constitution.

In new business, the Senate discussed and voted on a lex that would move bylaws about accommodation for disabilities into the ASCSU constitution.

The lex, authored by Director of Diversity and Inclusion Linzhi Douglas and Chief of Staff Zachary Vaishampayan, requires two votes to pass. After being expedited, it passed the first vote with a 38-0-2 count.

Examples of the accommodation bylaws are to have meeting materials sent out 24 hours in advance and sending out weekly agendas out at a regular time every week, Vaishampayan said.

“Problems have come up where people have been motioning, as you can do with literally any other section of the bylaws, to suspend (accommodation) sections,” Vaishampayan said. “Obviously, there are some concerns with the idea of suspending someone’s reasonable accommodation request. By concerns, I mean potential illegalities.”

Vaishampayan said this constitutional amendment would ensure accessibility and accommodation requests are observed in the Senate by making it against the constitution to motion against such requests and bylaws. He said that these are things that shouldn’t be changed. The point of the lex is to make it more difficult to do so.

President Tristan Syron said that this is something that needs to be done this year.

The second and final vote for the lex will take place on Wednesday.

The solar panel bill will fund $100,000 towards the installation of solar panels on the Lory Student Center roof. The bill passed with a 21-10-8 vote.

The bill for pocket pantries passed with a 36-0-2 vote and will allocate $50,000 towards stocking the University’s pocket pantries in hopes of creating dependable food sources for students.

The lecture capture bill will place technology in classrooms that will allow professors to record their lectures for students to watch and review after class. The bill passed with a 28-6-1 vote.

The final bill passed was for the approval of the ASCSU job descriptions for next year as previously presented by President-elect Ben Amundson. The bill passed with a unanimous vote.

Charlotte Lang can be reached news@collegian.com or on Twitter @ChartrickWrites.