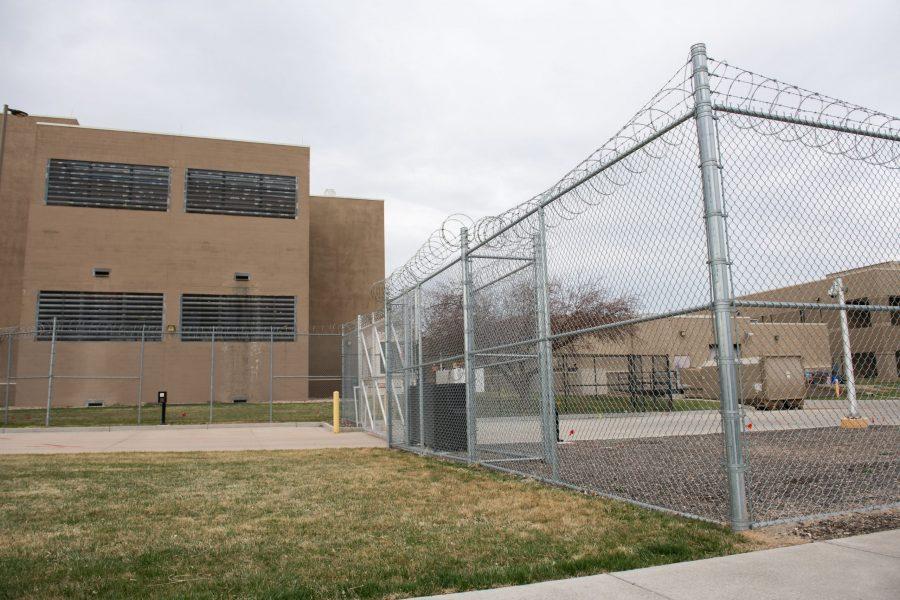 The Larimer County Jail has plans in place to expand its facility to accommodate for the increasing population of Larimer County. It is expecting to add an additional 400 to 500 beds that would add to the jail’s current 500 beds, ensuring inmate separation is adequate for all genders, ages and behaviors inside the jail. “The proposed expansion of the jail is to meet the needs of today’s populations,” Captain Palmer, facility administrator for the Larimer County jail said. “The Larimer County jail has been run 24 hours a day and 365 days a year for 35 years and it is wearing out.” (Colin Shepherd | Collegian)

An arrest has been made in a cross-country investigation into narcotics in Northern Colorado.

On April 11, Richard Todd Henson was arrested on a warrant for violation of bail bond conditions, a class 6 felony, possession of a controlled substance, a class 4 drug felony, and special offender, a class 1 drug felony, according to a press release from the Larimer County Sherrif’s office.

He was booked into Larimer County Jail and released about four hours later after posting his $10,000 bond.

This arrest is part of a larger Northern Colorado Drug Task Force investigation, according to the release. Over a year ago, the NCDTF received a tip about possible illegal narcotics activity, according to police, and investigators launched a search that reached as far as Mexico and California.

Three men sold methamphetamines to undercover NCDTF detectives which led to the arrest of Henson on January 4.

At the time of this arrest, he was booked into Larimer County Jail on a warrant for two counts of Distribution of a controlled substance, a class 2 drug felony, police said. He posted a $5,000 bond and was released the same day.

On March 1, the NCDTF searched another home in Loveland as part of the investigation.

The three search warrants yielded 10 pounds of methamphetamine and five handguns, one of which was reported as stolen from Evans, CO, according to the release.

Investigators estimated the street value of the methamphetamine to be $60,000.

Police issued failure to appear warrants for Jose and Edgar Gonzalez-Macias after they did not appear in court. According to the release, investigators believe that the two have fled to Mexico.

Anyone with information regarding the whereabouts of Jose and/or Edgar Gonzalez-Macias is asked to call the NCDTF tipline at 970-416-2560 or Crime Stoppers at 970-221-6868.