Stuff the Bus donation event to drive on campus, across city 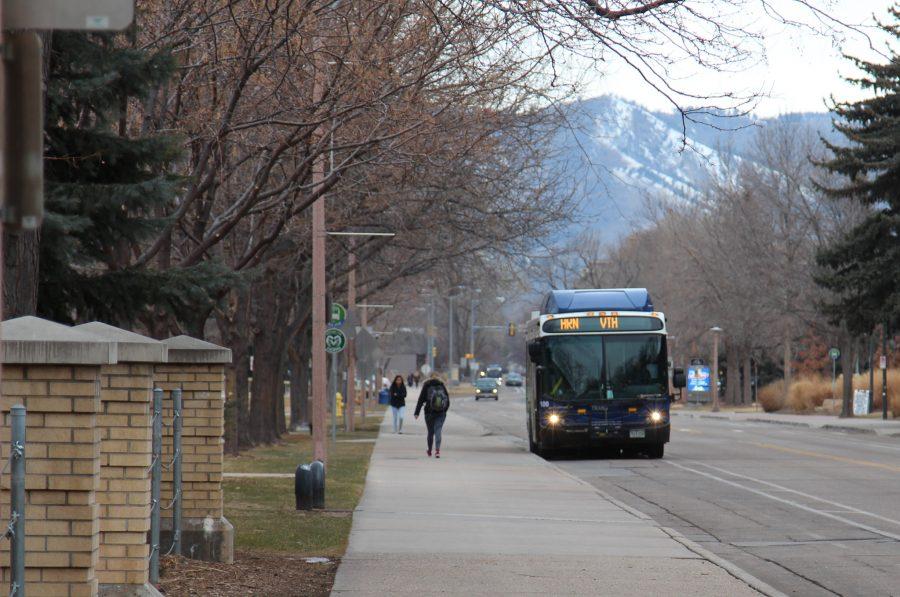 A Transfort bus heading inbound towards the CSU Transit center to drop students off for class on March 11, 2019. (Grace Schatz | Collegian)

The week of March 25 Transfort and Homeward Alliance will be running Stuff the Bus, an event centered around the community giving to the less fortunate.

For Stuff the Bus, a bus traveling to five different locations throughout the week will be collecting donations at each location with the plan to stuff the bus with clothes and supplies for those in need.

This event had a large turnout last year and collected lots of donations to be given to Homeward Alliance, said Anna Russo, a Transfort representative.

“I can’t really estimate how many, but if you look on our website you can see a list of things that we collected last year,” Russo said. “We had over 200 coats and jackets, 1,000 other articles of clothing, that type of thing.”

Transfort delivers all of the donations that are collected throughout the week to their event partner, Homeward Alliance.

“Homeward Alliance is one of the largest providers of services to people experiencing or at-risk of homelessness” wrote David Rout, executive director of Homeward Alliance, in an email to The Collegian.

The goods that are delivered to Homeward Alliance are then distributed throughout Fort Collins, and if any goods can’t be used in the immediate area, they are distributed to partners across northwest Colorado, Russo said.

Although the event was new last year, it did result in a significant donation turnout by the Fort Collins community. The flagship running of this event last year resulted in one of the largest collection drives of the year seen by Homeward Alliance, Rout wrote.

This drive alone accounted for nearly five percent of annual donations that were collected by Homeward Alliance, which is nearly $50,000 in product donations, Rout wrote.

These donations were given on such a scale that Homeward Alliance was able to share beyond Larimer County.

“The scale of our collection is such that it would be poor judgment if we did not share,” Rout wrote.

Due to the success of the event last year, it has been expanded for its repetition this spring. The growth includes the addition of two more donation areas throughout the week, as well as a longer period of bus availability.

For the first time, Transfort and Homeward Alliance have partnered with Housing and Dining services at CSU in order to offer donation collecting stations within the lobbies of the residence halls, Russo said.

This new addition to the event will allow students at CSU to give back to the larger Fort Collins community while doing their spring cleaning.

“We are so grateful to partner with CSU, and so thankful to the countless volunteers, donors and other contributors who make this event happen,” Rout wrote.

Corbin Reiter can be reached at news@collegian.com or on Twitter @CorbinReiter.