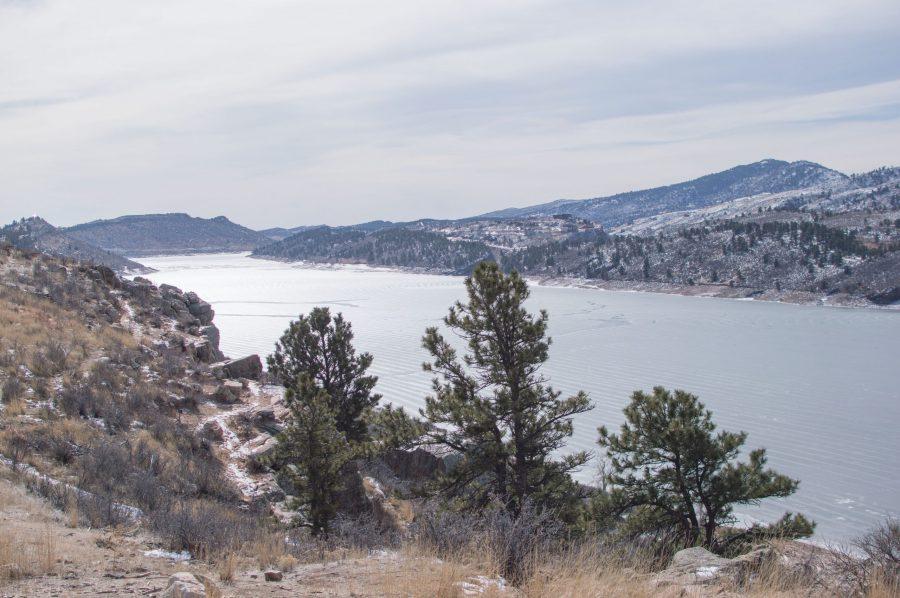 The ice over Horsetooth Reservoir melts as the weather gets warmer Tuesday, Feb. 12, 2019. (AJ Frankson | Collegian)

Warmer and shorter winters in Colorado are setting the state up for droughts, bark beetle epidemics, according to Colorado State University climate and forestry experts.

As high temperatures stretch further into the fall and earlier into the spring, the Colorado Rockies have less time to accumulate snowpack, which has major implications on the state and all other states that really on its rivers, says Becky Bolinger, the assistant state climatologist at the Colorado Climate Center. Snowpack is the accumulation of snow high in the Rockies which ultimately thaws and feeds the Colorado River Basin in the spring and summer.

Bolinger says low snowpack is part of a drought trend in Colorado, which some scientist consider to be part of a “mega-drought,” which started in early 2000.

“I think it’s a little bit too early to determine if that’s actually the case,” she said. “But we are probably at a higher risk for more frequent or more intense droughts.”

These droughts affect everything from municipal water availability, recreation, fire season and the success of irrigated crops and livestock. In the summer of 2018, Bolinger said she met with a farmer near Durango who was only able to water his crops once, which ultimately failed, during the season due to low water availability and senior water rights.

Bolinger said that while some years see decent or good snowpack, others see low snowpack and trying to plan for the unpredictable nature is hard for the seven states who rely on the Colorado River Basin because they simply don’t know how much water there will be.

Dan West, a forest entomologist with the Colorado State Forest Service, is studying how the changing climate and droughts are affecting Colorado’s forests, especially when it comes to beetles.

“We know that variability is probably going to be the norm moving forward,” says West. “We know that fluctuation in precipitation is really going to impact forest disturbances (like an overpopulation of bark beetles).”

For pine and spruce battling bark beetle in the state, drought is one barrier to survival, West says. Resin, which is made of water in the tree, is how trees flush out invasive bark beetles. But with less water available they may not be able to.

The warming trends in Colorado are also boosting the bark beetle epidemics. For the beetles, very low temperatures, around negative 35 degrees, kill the larva waiting for spring inside the trees, which historically controlled their population.

“Really, we haven’t seen temperatures that have caused cold-induced mortality in bark beetles since 1985-’86,” West says.

The impact of high beetle kill in pine and spruce stretches all the way into fire season. The beetles kill the trees, which means they don’t cast shade on the snow in the winter, which means the sun melts the snow earlier and allows the grasses on the forest floor to dry up.

“We typically have wildfires every year,” said Bolinger. “But, what we heard from experts in the field is that there’s more and they’re bigger.”