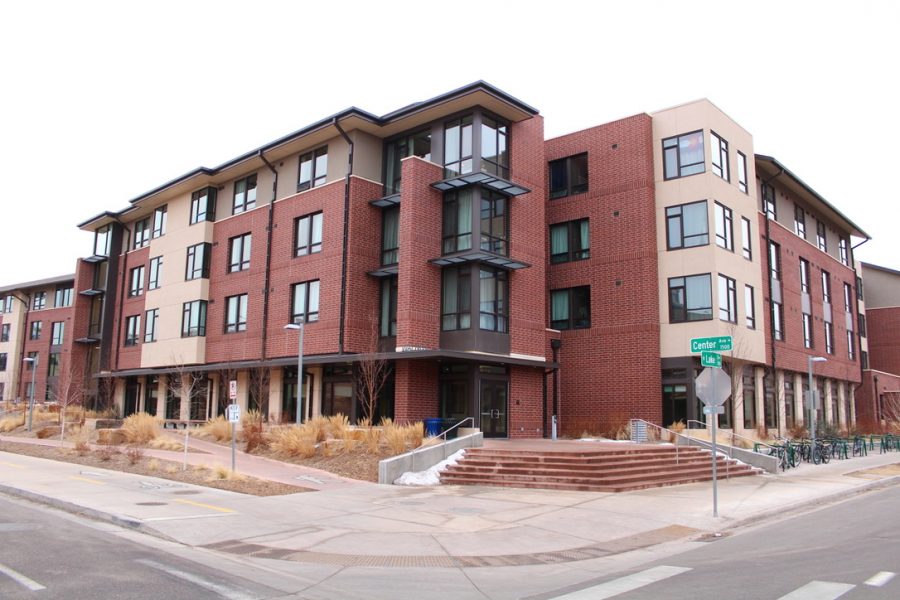 Aggie Village apartments at Colorado State are located at the south end of campus. The complex opened its doors in 2016 and has been providing students with furnished apartments ranging in size from studio to four bedroom ever since. Aggie Village also provides space for study areas, classrooms and offices. (Matt Begeman | Collegian)

Students eating themselves out of house and home becomes more likely every year, with scholarships and grants covering only part of the cost of college.

According to data compiled by Colorado State University’s Office of Financial Aid, between the 2000-2001 academic year and the 2018-2019 academic year, the cost of attendance has more than doubled. After tuition and fees, the largest expense to students and their families is housing.

Cost of attendance for this academic year sits near $27,000, and the average amount of grants and scholarships awarded to students, also provided by Financial Aid, covers just over half for in-state students and less than a third for out-of-state students.

“When we say we can cover tuition and fees for someone, that still leaves well over $12,000 for resident students,” said Tom Biedscheid, director of Financial Aid.

Across the apartment complexes in Fort Collins who list their prices online—such as Ramblewood, the Carriage House, the Habitat and Governor’s Park—the average room costs around $830 a month. Actual prices may vary with leasing agreements and fees.

The CSU campus apartments located at Aggie Village are competitive with the going rates in the city, ranging between $710-$1,135 a month.

“We do keep tabs on the general housing market of Fort Collins and try to stay competitive and affordable,” said John Malsam, the assistant director of Housing and Dining Services.

Malsam said, while the prices look similar at first glance, Aggie Village is a newer facility with more amenities that other local apartment complexes may not have, like air conditioning, dishwashers and in-unit washers and driers. Additionally, they are specially set up for student needs, like semester-conscious leases and easier access to other University resources.

Another factor which sets Aggie Village’s prices is how Housing and Dining Services is funded, Malsam said. University housing is an auxiliary service, meaning they don’t receive funding from the University.

“We are funded entirely on the funds that we bring in for residence hall room rates, apartment rent rates, for dining board plans,” Malsam said. “It’s important that we maintain financial responsibility (and) that we are able to deliver on the services … to live on campus and possibly off campus and do so in an affordable and competitive way.”

The boundaries of middle-income depend on how many working adults and children are in a household. At CSU, students whose family makes $110,000 or more a year are generally considered out of range for financial assistance based on estimated cost of attendance and estimated family contribution, which is determined by a student’s FAFSA, Biedscheid said.

He referenced a 2018 study by the University of Colorado Denver, the Bell Policy Center and the Colorado Trust on what middle income in Colorado looks like today and said that students who fall in the middle-income definition often struggle to cover the cost of attendance.

“I never would have imagined a family earning $110,000 a year struggling to pay for college, but that’s the reality,” Biedsheid said. “What this report mentioned is how tough it is for families having to decide, ‘Do we own a home or do we have health care or do they send their child to college?’”