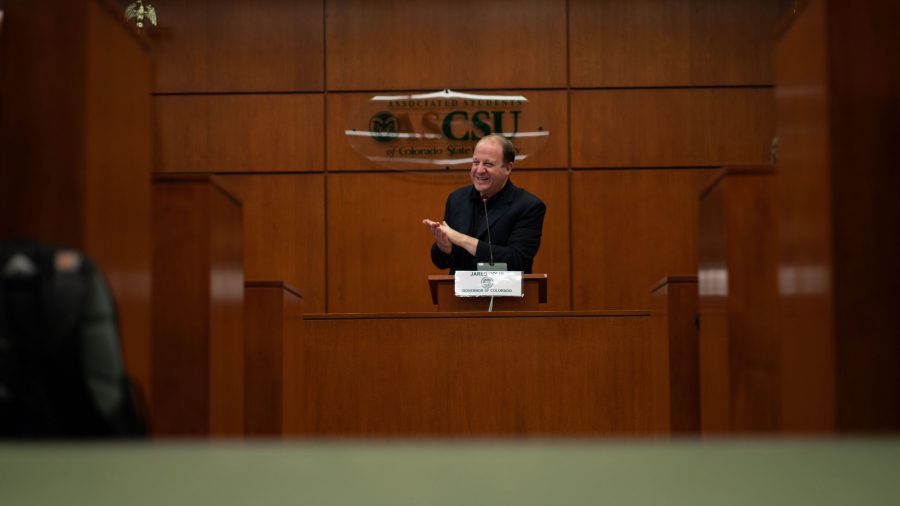 In his third Northern Colorado stop of the day, Governor Jared Polis visited Colorado State University Friday afternoon to discuss and receive feedback on his higher education plan with students. The Associated Students of CSU were there to ask him questions from themselves and their constituents.

In his 20-minute event in the ASCSU Senate chambers, Polis spoke largely about higher education and its direction in Colorado, including expanded green energy programs CSU and the University of Colorado, Boulder are pioneering to other universities.

“You really encourage some of the student leaders… at our other public universities, whether it’s Adams State or (the University of Northern Colorado) or Fort Lewis,” Polis said. “Encourage them to take this up as one of their goals too.”

One of the ways Colorado supports Native Americans in higher ed, Polis explained, is a tuition waiver that Fort Lewis College has for Alaska Native/Native American students, a program they began in 1911.

“Beyond that, we want to acknowledge the heritage of everybody who has made Colorado what it is today,” Polis said. “My focus is Colorado for all, and that means… Californians who arrived last week and just became Coloradans, it means our first people, our Native Americans, it means our Spanish settlers in the valley in southern Colorado who have been here for 400-500 years, it means families like mine.”

After the event, Polis told The Collegian the ASCSU members asked him good questions.

“They’re in student government for a reason,” Polis said. “They’re obviously not shy and like to be inquisitive and asked a lot of good questions about the role that CSU can play in our renewable energy future.”