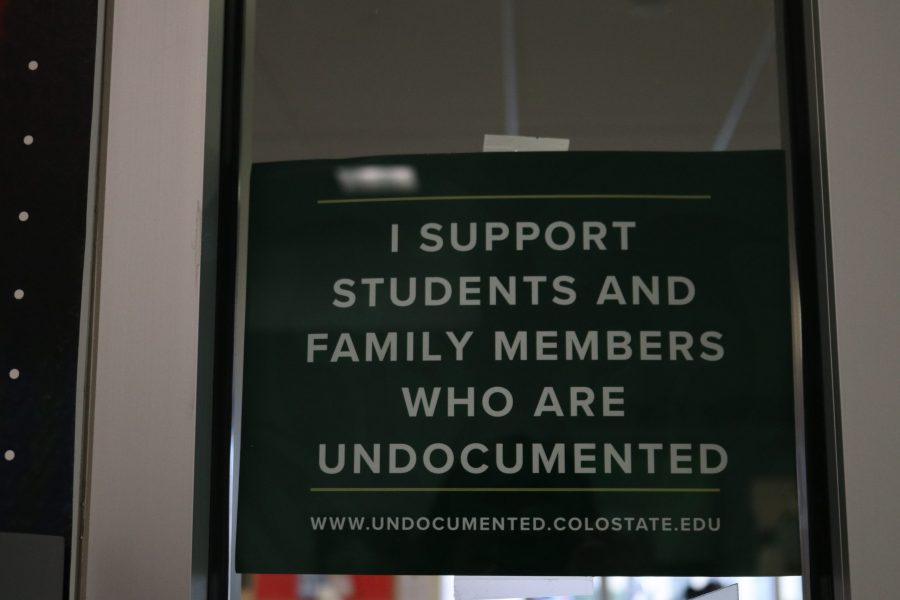 Scenes of Central American caravan migrants fleeing from tear gas after rushing towards the Tijuana-San Diego border were televised across the nation and heavily shared over social media platforms last week.

Members of the Latinx community, some of whom were once migrants themselves, are considering the legitimacy of the Trump administration’s immigration policy with continued news of Central American migrants denied U.S. asylum from violence in their homelands.

Flores, along with fellow Latinx-identifying students Claudia Perez and Melba Torres, expressed their concerns and disagreement with how the caravan situation was handled last week and how the issue of illegal immigration is being managed under President Donald Trump’s administration.

Perez said the narrative portrayed of migrants is very hurtful and can be overwhelming at times, but it reminds her why she needs to advocate for the Latinx community.

“I can’t ignore comments when they arise and when they’re threatening to the Latinx community of people,” Perez said. “I don’t want to normalize that perception of this community.”

Perez said she disagrees with tactics that were used at the U.S.-Mexican border last week to prevent migrants from approaching and crossing the border.

“First, I don’t believe a rock is equivalent to a gun,” Perez said. “We should be creating resettlement programs and seeing the need in this community that’s approaching the border instead of seeing them as enemies or a threat to the nation.”

“I don’t think anyone should be tear gassed for trying to escape a country where they are unsafe,” Torres said. “As the U.S. Constitution states, if migrants are able to get to the (United States), they should be, by law, able to seek asylum.”

Flores said he thought the caravan situation was handled very poorly, and the decision to send U.S. troops to the border was unnecessary.

Flores also said since the United States has imposed its political influence on governments in Central America in the past, the United States is partially to blame for the instability in the countries migrants are fleeing.

“There’s this narrative that the people who are coming here are terrorists or they have affiliations with ISIS, and I feel like that’s the narrative put on people from Latin American countries, that they’re gangsters or rapists,” Flores said. “That narrative is spoken by the president.”

“I feel like history is repeating itself,” Flores said. “And now the people who are being targeted are people who look like me, people who speak my language. It’s a reality we live in, but it’s not something that makes me proud to be an American.”

Perez said the policies regarding asylum in the United States need to be clearer, and they can’t keep changing according to the objective opinion of whoever is president.

“I think the United States is more than capable of finding creative solutions and has more than enough people willing to extend a helpful hand,” Perez said. “I don’t agree with the tactic that we need to defend our borders from this invasion. That’s not what this is and that’s not why they’re coming.”

Torres said human rights and integrity need to be factored in more when confronting this situation, and it’s important to reject the negative views of migrants that are held and expressed within the United States.

“‘Give me your tired, your poor, your huddled masses.’ This country was built on immigrants,” Flores said. “America is a country of immigrants, and that’s what makes it great.”

Construction of Trump’s proposed border wall has since progressed and has remained a staple and mainstay of his political campaign.

According to a ​July 2019 article​ published by ​Newsweek ​ , the Department of Homeland Security and U.S. Customs and Border Patrol received funding for
201-205 miles of the wall. At that point — two-and-a-half years into Trump’s presidency — 46.7 miles of the wall were built.

Approximately 4,000 asylum seekers are reported to have died trying to get to the United States between 2014-18, according to a ​December 2018​ article published by ​Newsweek .