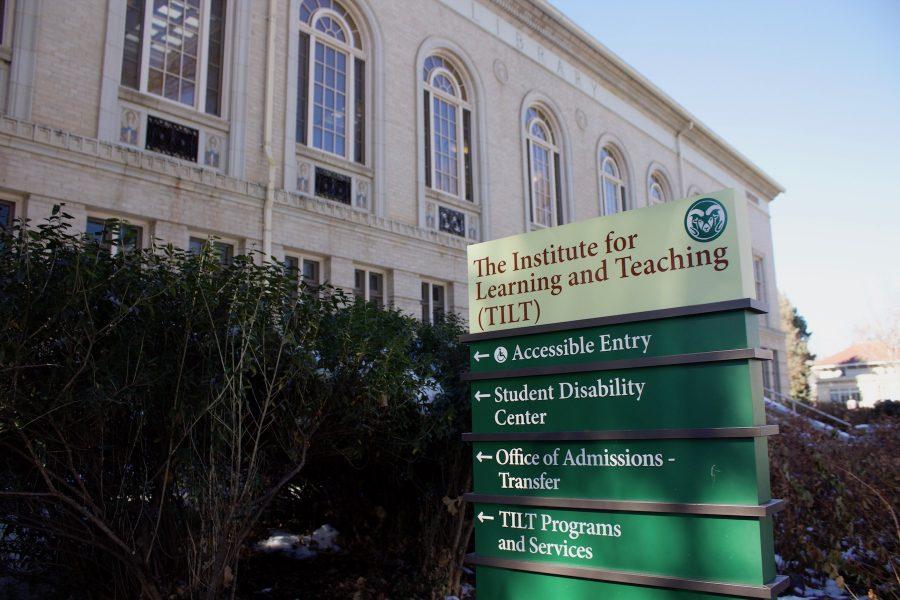 The TILT building, otherwise known as The Institute for Learning and Teaching building, located on the Oval offers students a number of academic resources. (Abby Flitton | Collegian)

The days of writing an answer on a neon sticky note and sliding it to a friend or the classic palm-notepad are long gone.

Despite the array of tech and tools that modern college students have at their disposal and the increasing amount of cheating at universities across the nation, academic misconduct at Colorado State University has been stagnant in recent years.

According to the CSU Student Conduct Code, these cases fall under five categories—cheating, plagiarism, unauthorized possession of academic materials, falsification and facilitation—and the consequence for each ranges from a simple grading penalty to suspension from the University.

Joseph Brown, the director of the Academic Integrity Program at CSU, said there were 373 cases of academic misconduct during the 2017-2018 school year. Only 103 of the cases were deemed serious enough to require a hearing; the other 270 were “documentation only” cases resolved by faculty.

“When you consider how large CSU is by students and the diversity of its academic programs, the reported incidents of academic misconduct are really low,” Brown said. “This is because, unlike other universities, CSU didn’t wait for a huge cheating scandal to attack this issue.”

Instead, he said, CSU hired a joint task force about 10 years ago to investigate academic misconduct issues and get ahead of them.

It resulted in a collaborative approach to misconduct cases between The Institute for Learning and Teaching and the Student Resolution Center as well as the creation of Brown’s position. In addition to speaking with students about academic misconduct, he coaches faculty about issues and serves as a hearing officer.

First and foremost, CSU expects honesty from its students, Brown said, but professors play a major role in keeping them honest.

One CSU instructor committed to upholding academic integrity is Lumina Albert, a professor of management and ethics in the College of Business.

“It’s very important to establish that (academic misconduct) is unacceptable at academic institutions,” Albert said. “Also, it’s important to have disciplinary action and negative consequences for that behavior, because if they do things like that in the workplace, it’s going to be negative.”

Albert has only dealt with one major incident of academic misconduct at CSU, but she said that the issue has come up with other professors in the College of Business as recent as last week. Compared to issues like plagiarism, Albert said cheating on exams is more frequent.

Students used to write on their palms or show test answers to their neighbors, as in the case Albert dealt with a few years ago. Today, they are forced to find more creative methods of cheating.

Albert said there was a recent incident within the College of Business where students taking the first section of a course passed their exam answers to students in later sections of the same course.

“It would take you 30 minutes to read through the entire exam or a business case, for example,” she said. “But because students already knew what questions were going to be there and what the answers were, in 5 seconds, they filled it out.”

In her courses, Albert employs specific teaching strategies to limit the potential for academic misconduct.

“(Students) have clear guidelines on what they’re going to be tested on: what is the content, what is the format,” she said. “They have opportunities to practice so they’re not stressed out and they don’t feel desperate to engage in (academic misconduct).”

Even if a student is stressed out and fearing failure, the consequences of cheating are not worth it, Brown said.

“I get it: failure is unpleasant. Often, though, it’s a valuable teacher in itself,” Brown said. “If a student damages that valuable process by cheating, the impacts are potentially long-term. After all, you’d learn next to nothing from that experience.”

The University offers resources to students who fail courses including the CSU Health Network’s Fail Forward Campaign. The program—meant for people who have suffered rejection, disappointment or failure, not just in an academic situation—offers tips and programs for those dealing with these issues mentally.

And while it’s obviously not encouraged, even if a student commits an act of academic misconduct and gets caught, it’s not hopeless for them. Brown said he’s seen students leave the University because of egregious cases of misconduct and return to finish their degree at CSU.

“I come to work every day committed to the idea that learning will happen,” he said, “That we have an important role to play in the development of our students, and that mistakes can be pathway to a life-changing education.”