‘Conversation Starters’ to bring CSU research into the spotlight 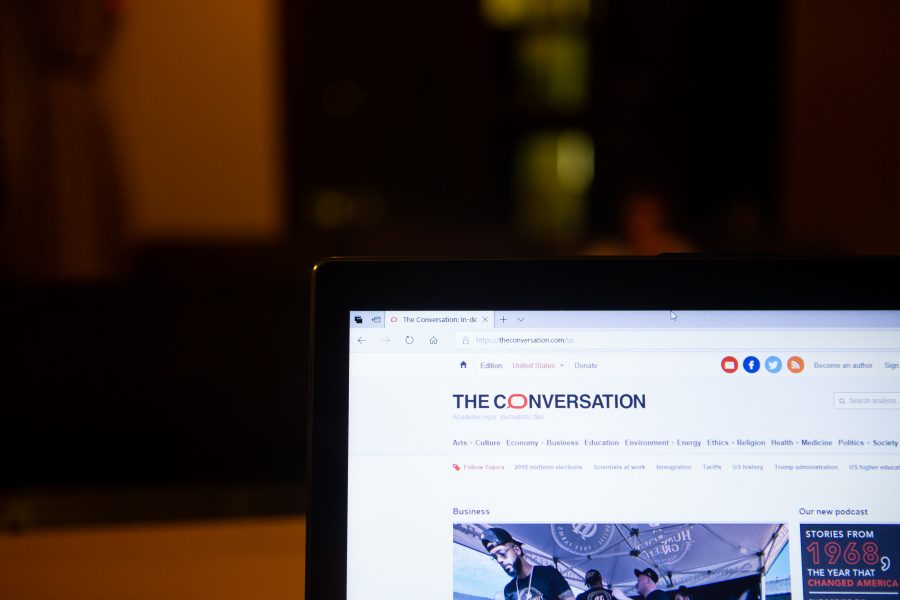 CSU, partnering with Rocky Mountain PBS and the Conversation are creating a series of 60 second videos intended to start conversations around the research going on at CSU. Each video allows a viewer to get a summary of the research on the topic with the ability to learn more on the Conversation's website. (Josh Schroeder | Collegian)

Research scientists don’t always get the chance to be TV stars, but with Colorado State University’s new series they can put their work in the spotlight.

CSU and Rocky Mountain Public Broadcasting Service are partnering up to create Conversation Starters, a series of one-minute segments about research going on at CSU. The series aims to educate the general public about scientific research and to interest people in looking into works published in The Conversation, a news website which features research scientists writing articles about their specialties, according to the website.

Theresa Laverty, a fish, wildlife and conservation biology Ph.D. candidate, was featured in one of the first episodes of Conversation Starters. Laverty got an email in the summer asking if she was interested in participating in the segment and figured it would be a good way to teach more people about her research and lead them to her article in The Conversation.

“I figured I had never really heard of The Conversation until a few years ago when I started my Ph.D., so having a short segment aired on PBS would be a great way to reach a completely different audience,” Laverty said.

CSU and RMPBS have been partnering together for several years on content creation. With Conversation Starters, RMPBS wants to inspire in-depth discussion on important and controversial topics, said Amanda Mountain, President and CEO of Rocky Mountain Public Media.

I feel like the reason we do these kinds of outreach pieces is so our research can be disseminated to different groups of people, and have them understand the diversity of research that’s done here at CSU.” – Theresa Laverty, fish, wildlife and conservation biology Ph.D. candidate

Tom Milligan, vice president for external relations at CSU, started thinking about the idea because of CSU’s partnership with The Conversation in looking into new ways to share research. These one-minute segments are based on preexisting articles published in The Conversation by CSU professors and Ph.d. candidates, Milligan said.

“We are a research university, and we have an incredibly talented and very competitive faculty who are doing really interesting work,” Milligan said. “The truth is that peer-reviewed journals are the gold standard of information sharing, (but) they don’t reach a lot of people. If we could take that same information and reach a more general audience, that’s useful for us, that’s helpful to the science.”

Laverty researches the relationship between bat species and water quality in Namib, a coastal desert in southern Africa, and said she liked how the segment turned out. Laverty said she thought her segment turned out well, and liked the briefness of the segment as well as the connection to her previously written article.

“I feel like the reason we do these kinds of outreach pieces is so our research can be disseminated to different groups of people, and have them understand the diversity of research that’s done here at CSU, so I was more than happy to do it,” Laverty said.

In addition to showcasing scientific research at CSU, Milligan said, Conversation Starters aims to educate the general public about issues that are rooted in science and are especially important today, like climate change.

“I mean climate change and things like that are science-based,” Milligan said. “There are social science issues that are absolutely based in fact. And it’s important that the public understands these things so the public can respond, and we as a society can make decisions about our direction based on the facts, not just based on politics.”