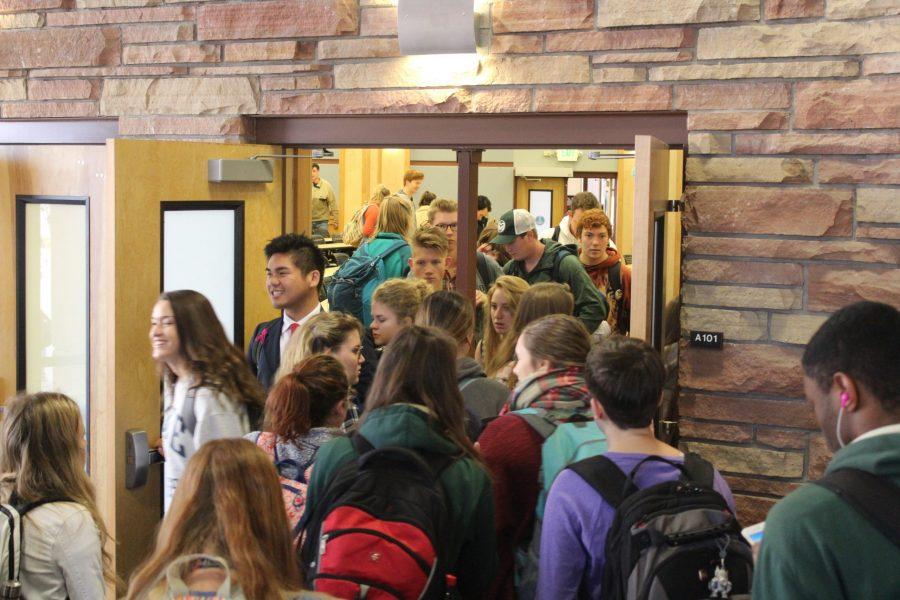 Everything’s easier when donors are willing to pay for new buildings.

The capital design and construction approval process were organized for larger construction projects around two years ago by Lynn Johnson, Vice President for University operations, in order to ensure that every idea students, faculty and staff around campus were heard. The approval process includes creating a design, approval from University committees and finding a source of funding.

“When I moved into this role, I got the sense that there was not as much process wrapped around how we went about approving our buildings,” Johnson said. “We were in a situation where program plans were sitting on shelves not really anything happening to them, and I wanted to make sure that if we were going to take staff time and the resources necessary to do a program plan, we’re going to be doing it on projects that we know are going to be going somewhere.”

After a conceptual design and budget are worked through with facilities, the plan is presented to the master plan committee, who think about the campus in its entirety when considering additions, and the space committee, who focuses on what actually goes inside the building. Overall, the committees try to ensure that the location, size and presentation of the new buildings make sense and are up to CSU standards, Johnson said.

“We also have been extremely intentional when it comes to the academic spine,” Johnson said. “We’re not going to be putting res halls, auxiliary related, student services for the most part, along with the academic spine unless it’s something that matches up well with where the Lory Student Center is at.”

Although the financial support for the new buildings comes later in the proposal approval process, the proposal group also has to have a plan for funding the renovations.

Funding for renovations and new buildings come from multiple places, and sometimes larger projects have multiple sources for funding. Funding can come from the state, donors, general funds like tuition and capital request processes, auxiliary revenue for non-academic buildings and the student facility fee.

“If we’re good with their funding sources, then we give them the green light to take it to the president’s operation committee for initial approval, and once they get that approval, they can go forward into the program plan,” Johnson said. “They have to come back through those committees, all of them … because in that process things change, and they need to get back to the Master Planning and Space Committee and OC and make sure that in fact, everything is still copasetic and they’ve got their funding.”

How the student facility fee is used is determined by a board of students called the University Facility Fee Advisory Board. The projects that UFFAB look at are generally under $2 million, like renovating classrooms or attributes to buildings, and those projects won’t have to go through the capital design and construction approval process. UFFAB can also contribute an amount under $2 million to larger projects if deemed beneficial to students.

The board is a way for students to impact the state of the University in the long run, said Nick Bohn, a senior business major and vice chair for UFFAB.

“UFFAB is honestly one of the most unique opportunities that students have in the entire country,” Bohn said. “It’s a super cool opportunity to be on the board and be a part of the conversations, the discussions and all of the planning, and be able to vote on what you think would have the most impact for students.”

Although students have shown a lot of interest in the renovation of the Andrew G. Clark building, it’s not the next building on the docket, Johnson said.

“There’s this whole domino effect with planning,” Johnson said. “We’re trying to be mindful and intentional about what we need to be doing for the University not just today, but 10 to 15 years down the road.”

Editor’s note: In a previous version of the article “Construction approval process ensures optimal campus buildings” published on Nov. 13 it incorrectly implied that CSU prioritizes which buildings are renovated first. What projects end up being funded and when is dependent on available resources, not a University list. We have clarified this issue.