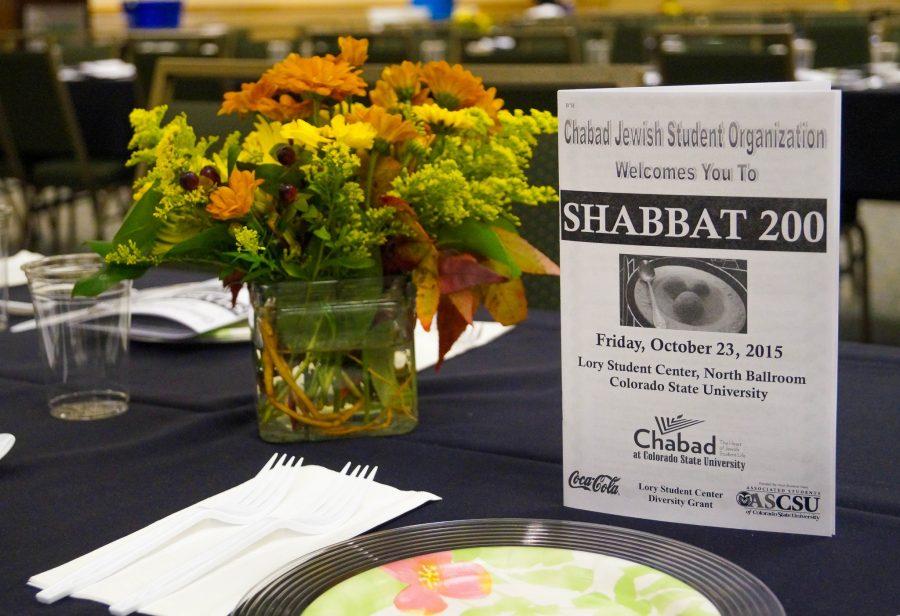 After the shooting at the Tree of Life Congregation in Pittsburgh, the Jewish community at Colorado State University is striving to create an even greater sense of community at this years Shabbat 200 event, said Rabbi Yerachmiel Gorelik.

The 11th annual Shabbat 200 event will take place in the Lory Student Center Main Ballroom Friday at 7 p.m. This is the largest Jewish event on campus, anticipating 200 Fort Collins community members in attendance, which inspires the dinner name. But Gorelik expects more will attend as a response to the Synagogue shooting.

“People are looking for that sense of community and unity,” Gorelik said. “I think this one is going to be more personal for people because no one is not affected by this.”

The event itself will include a guest speaker, multiple speeches and skits, and a fully kosher five-course meal. The guest speaker this year is CSU alum and benefactor Barry Goldfarb. University President Tony Frank will also be in attendance to support the Jewish community.

In the Jewish faith, Shabbat represents God’s seventh day of rest and is recognized weekly as the Sabbath. The Shabbat 200 event takes place on Friday because the weekly Sabbath lasts from sundown on Friday to Saturday at sundown. It embodies appreciation of the world and is typically celebrated with communal meals.

Sarah Convissar, a senior early childhood education major and president of Chabad Jewish Student Organization, said she hopes the event will bring a larger crowd of people looking to see old friends and make new ones.

Students who want to RSVP to the event can visit Jewishcsu.com/shabbat200.

Convissar said the event has the ability to form deeper connections with the community and will bring a new meaning to what it means to be Jewish.

“I think that after the events that happened, a lot of people will feel a little more pride in being Jewish,” Convissar said.

Eric Umans, a senior political science major and Chabad board member, shared Convissar and Gorelik’s sentiment, saying he believes the event will carry a sense of strength. Umans will be emceeing the event and said he looks forward to creating community through this role.

The event is dedicated to the 11 Jewish people killed during the Pittsburgh shooting and Gorelik said the mitzvahs, meaning good deeds, done at the event will be in remembrance of these people.

Audrey Weiss can be reached at news@collegian.com or on Twitter @audkward.