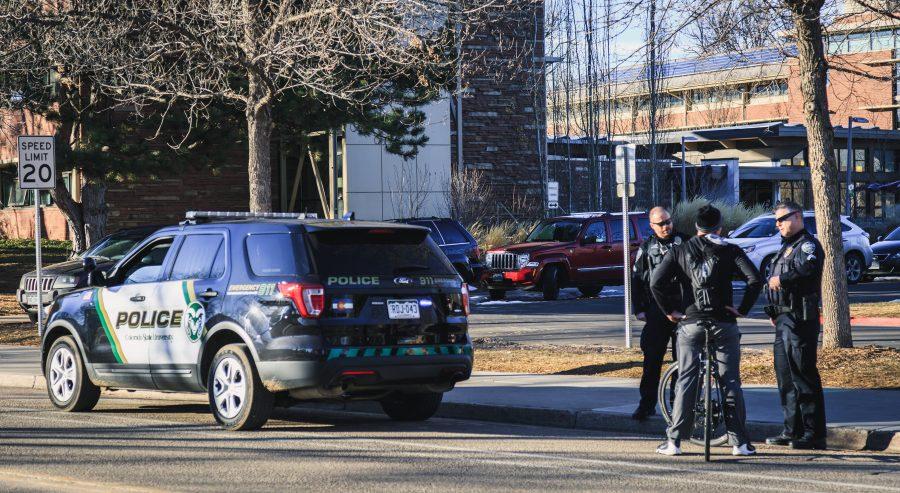 It may come as a surprise to some students, but the Colorado State University Police Department is much more than bike cops and traffic stops.

While these matters are some of the most noteworthy, CSUPD Chief Scott Harris wrote in an email to The Collegian that all safety issues on campus are treated as equally important.

“We make every call from the community a priority in terms of a response,” Harris wrote. “And (we) conduct follow up by officers or through the Investigation Unit, if necessary.”

The report’s first section — and one of its largest — covers alcohol, drug and marijuana policy at CSU. It goes through requirements for students and employees, policies on campus and educational/treatment programs available to members of the campus community.

Harris wrote substance abuse violations don’t stem from a specific location. Instead, they occur in many places in and around campus: the dorms, campus streets and adjoining neighborhoods.

Most of the incidents do, however, have one thing in common: alcohol.

“Alcohol continues to be the leading issue in regard to substance abuse violations,” Harris wrote.

In many cases involving substance abuse violations, CSUPD will make a report to the Student Resolution Center if the behavior does not adhere to the University’s Student Code of Conduct.

Harris wrote that, despite this, the role of officers goes beyond enforcement alone.

CSUPD, in conjunction with other departments on campus, offers educational and treatment programs that are available to members of the campus community — and they’re not just about substance abuse.

In 2017, CSUPD delivered 255 programs or presentations to 25,269 people, including students, parents, faculty and staff, according to the 2018 Annual Fire and Safety report. These programs cover a variety of topics including fire safety, interpersonal violence prevention, alcohol and drug awareness and computer crimes.

Chief Harris wrote that these programs are critical to campus safety.

“They provide us with an avenue to personally reach and engage campus community members and have conversations with them about safety and specific issues that are of concern,” he wrote.

Crime prevention is a major part of what the department does, but when a crime or emergency does happen, officers must respond.

“CSU is a small city within a city,” Harris wrote. “Each day, there are more than 30,000 people within the square mile of main campus, and thousands more on our south campus and Foothills campus.”

For students who may be concerned by the presence of emergency vehicles on campus, Harris wrote it is not uncommon for police officers, ambulances or fire trucks to respond to daily medical calls. Sometimes this is required several times per day.

“While these are ‘routine,’ meaning there aren’t injuries caused by a crime such as an assault, these are not routine to the person who is needing care,” Harris wrote. “It’s an emergency to that person; we respond to each of these calls with urgency and thoroughness.”

Harris wrote that campus is a very safe place overall and that most crimes that occur at CSU are classified as ‘crimes of opportunity.’  This includes offenses such as theft of personal property.

Harris encourages students to take steps to secure their belongings, such as not leaving items unattended to and buying a U-lock for their bike.

Students are also responsible for following traffic laws while on their bike, he said.

According to CSU’s Safe Cycling Rules and Regulations, this includes using hand signals, stopping at stop signs, not riding in dismount zones and using at least one hand on the handlebars while cycling. Failure to comply with these rules results in a fine.

Some students on campus feel that rules such as fining in dismount zones are too strict, but Harris wrote that not enforcing the rules and their consequent penalties would compromise bike safety across campus.

“The fact that someone is riding a bike and not driving a car does not make safety concerns less important,” he wrote. “Implying that fines or enforcement should be different for bike regulations implies that safety isn’t as much of a concern on a bike vs when driving a car.”