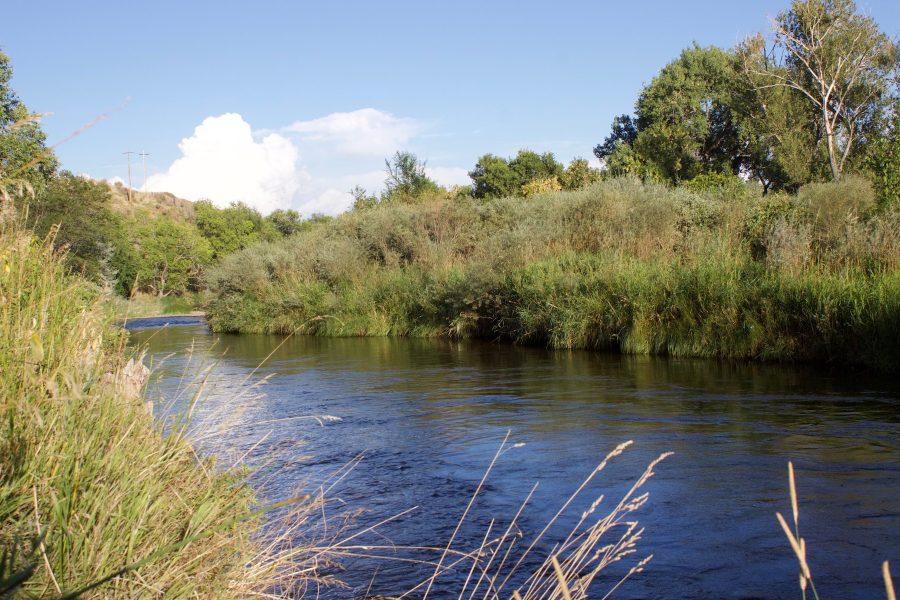 The 50th anniversary of the Wild and Scenic Rivers Act is on October 2, 2018. The act was created in 1968 to protect rivers from development. The Cache la Poudre river was granted protection in 1986 (Abby Flitton | Collegian)

The Wild and Scenic River Act passed Oct. 2, 1968, but a number of environmental groups, government agencies and local businesses think there is still more work to be done in 2018.

American Rivers, American Whitewater, the Coalition for the Poudre River Watershed and New Belgium Brewing Company hosted an event to celebrate the 50th anniversary of the Wild and Scenic Rivers Act and to promote the 5,000 Miles of Wild expansion project Sept. 6.

The Wild and Scenic Rivers Act was created to protect designated rivers or sections of river from being developed in any way that would obstruct the free flow of the river’s water, according to the Act’s website.

Out of the 209 rivers protected under the Act, only one is located in Colorado: the Cache la Poudre River. A section of 76 miles of the Poudre was incorporated into the Act in 1986 between Rocky Mountain National Park and the Cache la Poudre Wilderness Area.

“One of the primary things (the Act) does for our portion of the river, in addition to protecting that area … is to maintaining and protecting those values,” Kovecses said. “It helps people understand why our river provides and supports those values and what those values mean to us.”

According to “Protected,” a short film created by CSU alumnus David Herasimtschuk, not only do people enjoy engaging in recreational activities on rivers, but entire ecosystems and fisheries across the United States depend on them.

American Rivers, NRS Outdoors Gear and Equipment, Yeti and American Whitewater are now attempting to add an additional 5,000 miles of river to the Wild and Scenic Rivers Act in honor of the Act’s anniversary.

The 5,000 Miles of Wild campaign is looking to secure 1,500 miles from “grassroots campaigns in 12 states,” and the other 3,500 from the U.S. Forest Service and Bureau of Land Management forest plan, according to the campaign’s website.

The anniversary event also focused on the CPRW’s effort to restore the burn area around the Poudre from the High Park Fire in 2012, which burned almost 90,000 acres of forest and affected the entire Poudre watershed downriver of the burn area, according to the United States Department of Agriculture.

Mona Maser, who is working with fellow videographer Shari Due on an upcoming documentary called “Watering the West,” said in addition to climate change and drought, the issues facing the Poudre are similar to issues facing most rivers in the western U.S.

New Belgium’s new CEO Steve Fechheimer also said 90-95 percent of beer is water, and New Belgium and most other brewing companies in the Fort Collins area get their water from the Poudre Watershed.

Participants and speakers shared “river stories,” telling life-or-death and personal stories of experiences on rivers to demonstrate how impactful river recreation is.

“Our family and group of friends do a lot of rafting,” attendee Cy Pollema said. “Fewer waterways are unregulated, and a river that’s unregulated just has a completely different feel and flow to it, and I want to keep as many of those as I can.”