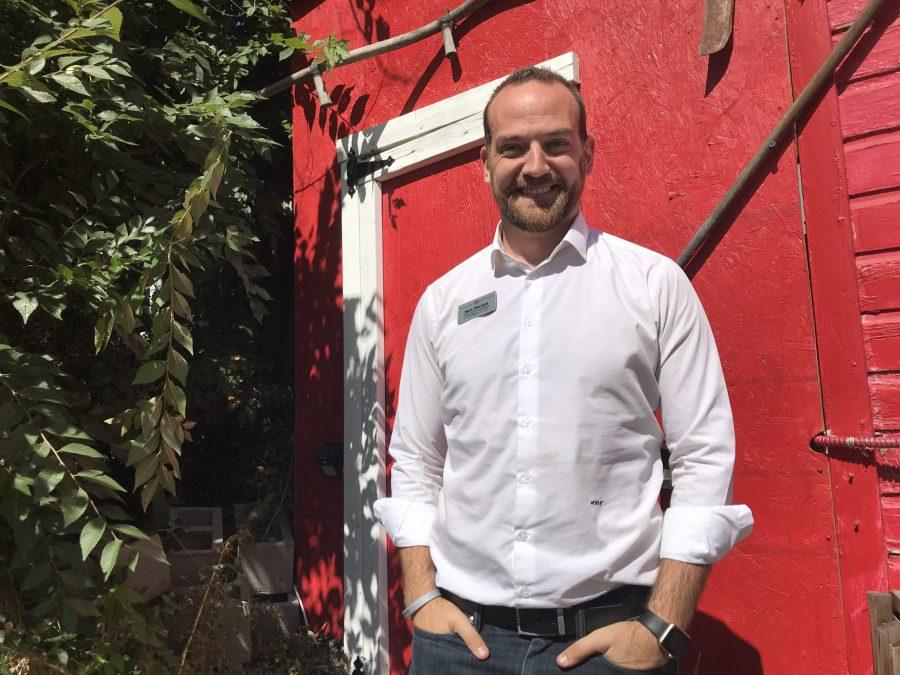 To Colorado State University alumnus Nick Thomas, running as an Independent is not a hindrance but a critical factor in his ability for fully represent his constituents.

A self-described moderate, Thomas hopes to win Congressional District 2 without ties to any political parties.

“It wasn’t as big a deal as I thought,” Thomas said. “When you put Colorado over red or blue, when you can actually run to represent the people of Colorado rather than a party system and their leadership, you’re able to work on any policy you want and work with everybody.”

Though born in Boulder, Thomas graduated from CSU with a bachelors in political science. His first political position was as a senator on the Associated Students of CSU, and he is particularly proud to have been a student of John Straayer.

Thomas has served as the 2008 U.S. Congressional Youth Ambassador to South Korea and has done citizen lobbying with the United States Global Leadership Coalition, along with work in education, tech, nonprofits and business sectors.

At 34-years-old, Thomas would be one of the youngest members of the House if elected.

His platform is made up of “human issues,” which are socially liberal and fiscally conservative but still including a social safety net and foreign diplomacy.

This translates into supporting LGBT+ rights and women’s reproductive rights, while also implementing a carbon tax and moving toward some form of universal health care.

In dealing with the deficit, Thomas advocates cutting from defense spending and raising the age for Social Security. He also wants to help the working class through a full infrastructure rebuild.

An independent position is not so much about working across the aisle, Thomas said, as it is about freedom from corporate influence which has put both major parties in their pockets.

“It doesn’t mean you try to make everyone get along all the time and find the middle between the two points—that’s not the point,” Thomas said. “The point is to stand up for every issue that’s important to the people of Colorado no matter who it offends or upsets.”

In this political climate, Thomas believes an independent voice is more crucial than ever compared to mainstream parties.

The Democratic Party is running like a “plane on fire” where everyone inside is focused on who is sitting in first class, the Republican Party has been replaced by the “Party of Trump” and partisan ideology has demonized the other side to dangerous proportions, Thomas said.

The “broken and corrupt” two-party system has led many voters to distance themselves from the two major parties, but that “silent majority” needs somebody to represent them, Thomas said.

In the long-term, Thomas and other independents are pushing for rank-choice voting to be passed in Colorado, which would help third-party and independent candidates beat the spoiler effect.

Thomas said, however, the district right now has one of the best chances to elect an Independent,

Larimer County’s largest voter bloc, like Colorado as a whole, is unaffiliated, according to the Secretary of State.

Thomas has joked with Democratic opponent Joe Neguse that Neguse is actually splitting his vote. Rather than a Democrat and Republican running against each other, Thomas said the special demographics of this race has him going head to head with the Democrat.

“This time … We can have conscience-based voting rather than fear-based,” Thomas said. “Most people don’t realize they have a choice, somebody they can vote for who they actually believe in, that will actually represent them, which is amazing.”

Thomas said good legislation involves nuances and tough conversations, something he feels attuned to as his platform leans toward multifaceted, long-term solutions.

On student loan debt, Thomas believes it will take a two-tiered solution to undo the damage moving forward.

In the present, Thomas would restructure the debt of every current student debt-holder to drop interest rates down to 2 percent.

Long-term, Thomas supports free community college and a massive national service option. In the service option, students who serve two years in the military or an unarmed option such as Teach for America or AmeriCorps, can have part or all of their undergraduate tuition written off.

For degrees which, statistically speaking, cannot repay the cost of the degree, Thomas believes there needs to be a cap on the loan size. This should force schools to stop charging so much for degrees such as education or social work where related careers cannot pay back absurd loans, Thomas said.

A broken system led to the conundrum of today and while it should be fixed for the future, it must also accommodate those affected by the past, Thomas said.

The first step is to find some path to citizenship for undocumented immigrants currently in the U.S.

“Those who are already here are here,” Thomas said. “They’ve built lives, they’re contributing to Social Security, they’re part of our community.”

As that is happening, Congress must reform the immigration process to streamline it and cut down the potential for future undocumented immigrants, Thomas said.

In dealing with cannabis, Thomas said he supports nationwide legalization and decriminalization. After which, the next step is then dealing with the private prison industry, which disproportionately attacks minorities.

“What it is has given us is legalized slavery, it’s split families, ruined communities and we need to deal with that,” Thomas said.

On gun violence, Thomas said he wants universal background checks and to ban high capacity magazines. Thomas himself is a hunter but some weapons, he said, are simply not necessary.

Thomas said, at its roots, the real problem is the breaking of American culture.

Thomas does not know how do we deal with a breaking culture, but it can start with respect.

“You can disagree with another person without calling them a liar or a traitor or evil,” Thomas said. “America has to come together and deal with our combined trauma.”