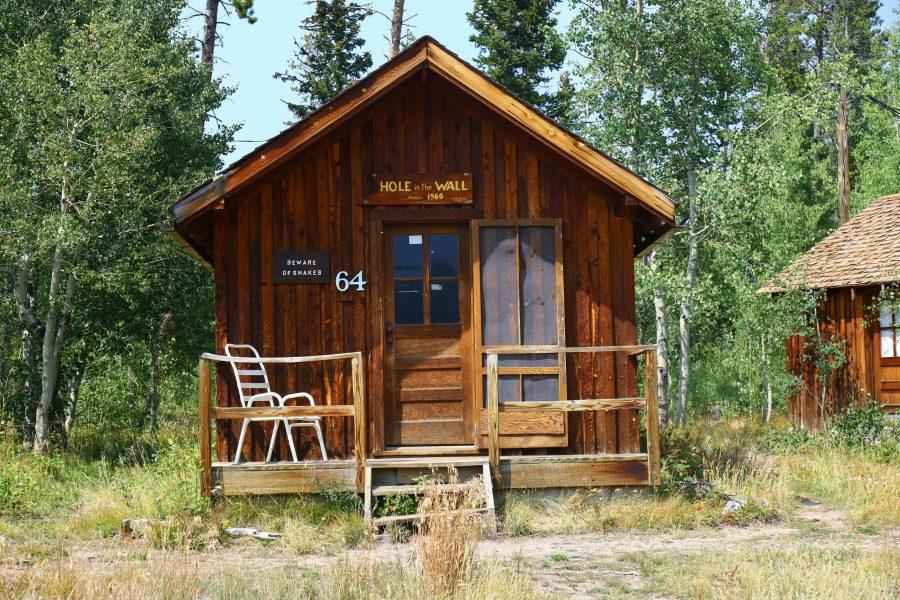 Many of the structures on CSU's Mountain Campus were built in the 40's and 50's which has proven challenging as the needs of the campus have grown. (Davis Bonner | Collegian)

For more than a hundred years, the CSU Mountain Campus has provided educational and natural opportunities to the University and local communities.

While the campus is still a place for students from the Warner College of Natural Resources to learn about field work, they also host conferences and other educational groups, said Mountain Campus Director Seth Webb.

“(The Mountain Campus) truly is an amazing asset for the university community,” Webb said. “It can impact and change lives.”

The campus, which is open between mid-May to mid-October, had 7,000 visitors in the 2017 season, Webb said.

The first academic class was held on the 1,600-acre campus in 1915. The Mountain Campus was designated an official CSU campus in the 1960s and still hosts around 200 natural science students every year, according to its website.

Cradled between Arapaho and Roosevelt National Forests and Rocky Mountain National Park, the CSU Mountain Campus provides opportunities for CSU and Northern Colorado community members to experience the Colorado Rocky Mountains with a rope course, getaways for CSU staff, faculty and alumni and more than a dozen hiking trails.

“Not a lot of people have the opportunity to learn subjects in their major in the environment they’re learning about,” said Jonah Seng, an ecosystem science and sustainability major and employee at the campus. “You can sit in a classroom and learn about watershed science, but when you’re here actually seeing this watershed, it resonates a whole lot more.”

In the 1970s the campus added a wastewater treatment plant and additional facilities for conferences and education to increase revenue streams.

The ‘70s also saw the start of an educational program for fifth and sixth-grade students in the Poudre School District called Eco Week. In the ‘90s, CSU took over the Eco Week educational programs and now hires CSU students and alumni to teach the courses, Watt said.

The upcoming Eco Week courses will be the largest ever, with 1,700 fifth and sixth-grade students attending.

The campus, formerly known as Pingree Park Campus, was renamed in 2015 both to refocus the brand of the campus on CSU, and because the prior year Gov. John Hickenlooper formally apologized for the Sand Creek Massacre of 1864. George Pingree, the namesake of the valley in which the campus sits, was a participant in the massacre.

“There was some outside pressure for the university to disassociate ourselves with the name Pingree,” Webb said.

As the campus has grown and aged, it has faced different challenges. Many of the buildings on the campus are from the 1940s and 1950s, which presents infrastructure problems. The wastewater treatment plant needs repair, the dining hall has a smaller capacity than the campus can house and new classrooms and facilities are needed to accommodate growth.

The Mountain Campus has also handled challenges in the face of recent natural disasters. The campus lost 12 buildings and two vehicles in the Hourglass fire of 1994, and the campus closed for a month and acted as a base camp for hotshot crews during the 2012 High Park Fire.

In 2013, the campus closed for two weeks during severe flooding which washed out roads and trails for the Eco Week season. The campus even experienced a tornado in 1987.

Webb said because the campus is located at 9,000 feet in elevation and there is no cell phone service and limited internet access, they have to function with a level of autonomy.

“That means we deal with whatever the natural world brings our way,” said Webb.

But the isolation of the campus is also one of its biggest assets. Webb said, during a time when technology is so integrated into our daily lives, the Mountain Campus allows people to disconnect or even use tech to get closer to nature.

“The Mountain Campus offers all of us an opportunity to connect with and immerse ourselves in the natural world,” Webb said.

The isolation allows visitors to appreciate both the natural world around them and the people in their group and at the campus without the impediments of modern life. Webb himself met his wife working as an Eco Week counselor more than two decades ago.

“The community up here is really amazing,” said Aileen Palma, a 2018 CSU graduate in conservation biology and an employee of the Mountain Campus. “On top of that, we live in a really beautiful valley where we can wake up to the mountains every single day.”