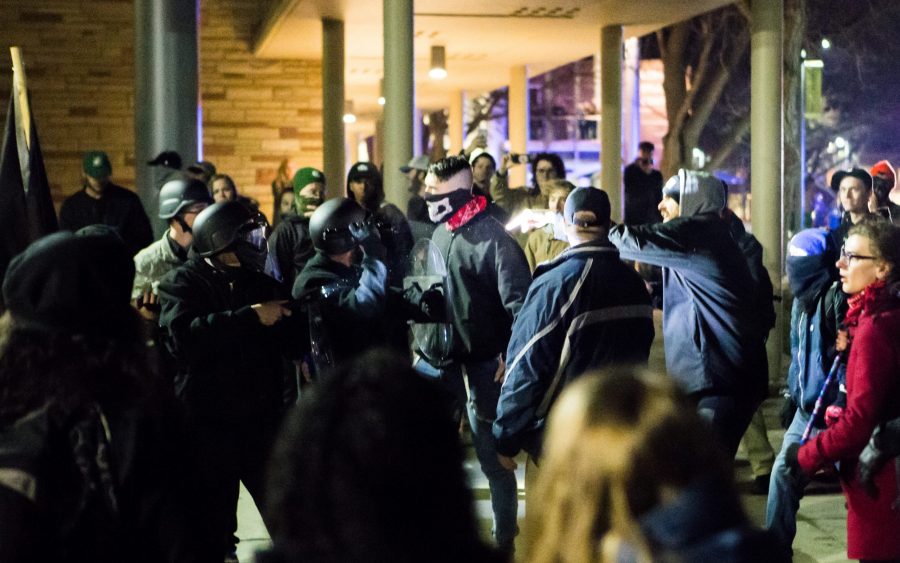 Antifa and Neo-Nazis clash on CSU's Plaza following the Charlie Kirk presentation in the LSC. The group was observed fighting and pushed out of campus by police. (Tony Villalobos May | Collegian)

It started with one video, posted around Aug. 19 by student Elijah Thomas, which showed a crepe-paper noose hanging outside the door of his dorm in Newsom Hall.

Thomas, a Black resident assistant in Newsom, was the target of what the University considers a “bias-motivated” incident. This was the beginning of a string of incidents that continued throughout the year.

The Collegian estimates that we reported on more than 20 hate crimes during the 2017-2018 school year, compared to virtually no reports of campus hate crimes the year prior.

The Collegian even partnered with ProPublica on a project to gather data on hate crimes and bias incidents in the United States.

As The Collegian continued our reporting, many of us felt this campus was no longer safe for students of color, students of various religious groups and students who were a part of Colorado State University’s LGBTQ community.

As a response, CSU students joined together to create the coalition Students Against White Supremacy to call attention to acts of white supremacy on campus.

And The Collegian recognized the flaw in our language: These weren’t bias-motivated incidents like we had initially reported. These were acts of white supremacy.

Reporters on The Collegian news desk took on the difficult task of covering hate on campus.

While we may never experience the same emotion as students directly impacted by acts of white supremacy, we will continue to cover the issues as they come up.