With residence halls at capacity, students lived in overflow housing for first week 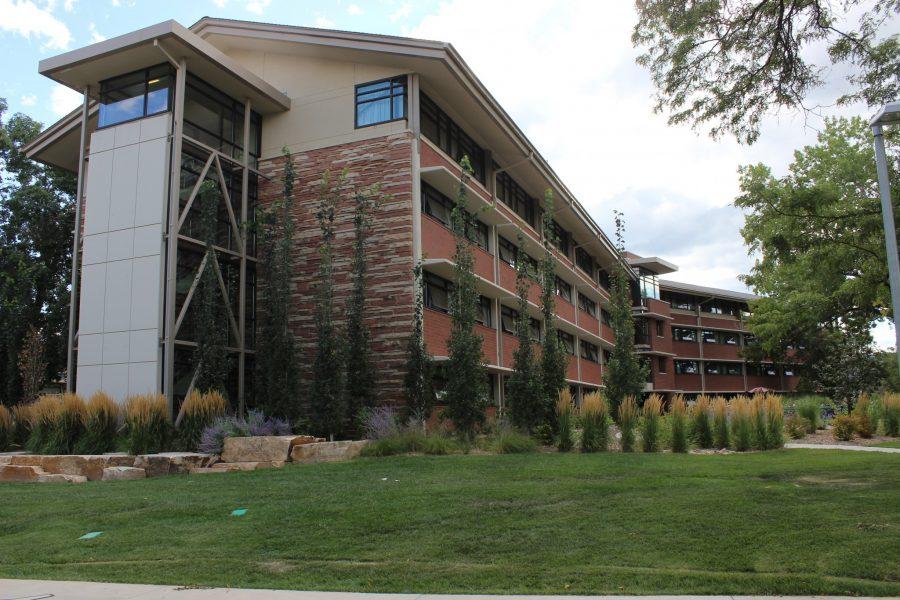 Braiden Hall features Ramwich in the dining hall and is located near academic buildings.

The Colorado State University residence halls have met capacity after the largest freshman class ever moved in for the fall semester.

Approximately 6,400 students moved into residence halls on Aug. 15 and 16, leaving around 100 students in overflow housing waiting to be placed in permanent housing, Director of University Housing Laura Giles said. Braiden, Allison, Edwards, Durward, Westfall, Newsom, Parmelee and Ingersoll halls are housing overflow students who have not yet been placed in permanent rooms.

Those students are paying the lowest community-style residence price with 14 meals a week, $5,718 per semester, to live in hall lounges and basement rooms until HDS knows what rooms are available after cancellations and no-shows, Giles said.

Giles said the class of 2022 is the largest class ever admitted with approximately 5,300 students, which is an increase from 5,031 in 2017 and 4,956 students in 2016, according to the Office of Institutional Research, Planning and Effectiveness.

Housing and Dining Services had to accommodate a few hundred more students than had previously been indicated by the Office of Admissions, with whom they work closely to prepare for the size of incoming freshman classes, Giles said.

“We are able to say, ‘okay, we can no longer take more applications for transfer students,'” Giles said.“That, in some ways, is our release valve.”

Giles said while overflow housing and a large freshmen class are stressful for both students and faculty, it indicates growth for the University.

“It’s a good problem to have,” Giles said. “It says that CSU is a really popular place. Students want to come to CSU.”

But, students subjected to the overflow housing may disagree.

Freshmen Paul Newman, business administration major, and Antonio Valdez, undeclared, who were part of the overflow, lived in the basement of Braiden Hall for the first week of classes along with 10 other students.

“When you go to college you expect to be in a small dorm, but it was just a makeshift study lounge converted into a dorm,” Valdez said.

The students living in the Braiden overflow housing shared a single handicap access restroom with a shower, Newman and Valdez said.

The bathrooms were so often occupied that Newman had to resort to brushing his teeth in a classroom building.

“Sometimes I would walk by and there would just be people sitting there with their shower bins waiting to get in because they couldn’t go anywhere else,” Valdez said.

The rooms, which were converted from study lounges in the basement of Braiden, housed between two to four students each. There were no windows to the outside in the rooms because they were located in the basement near the laundry facility, according to both students.

“Our closets were like cardboard, makeshift boxes,” Valdez said. “We had two big dressers to share between the four of us.”

The doors to the room had grates on the bottom which provided little privacy for the students, Newman said.

“I sneezed in my room with my door closed, and someone in the room across the hall with their door closed said ‘bless you,’” Newman said.

Both Newman and Valdez said nobody from HDS reached out to them, so both took it upon themselves to speak to someone directly about the situation. After reaching out to the rooming director’s assistant, Newman was informed he would be relocated to a permanent dorm within the week.

“We went to housing and talked to the assistant director of housing. So they were aware, but that’s because we went to them,” Valdez said. “Nobody ever came to us.”

Giles said HDS is still able to provide support for students living in overflow housing, and all students are assigned to a resident assistant.

“We would still be able to provide support,” Giles said. “They aren’t just pushed off to the side, they are integrated into the community.”

Both Newman and Valdez were relocated to permanent rooms by Aug. 24.

“We were calling because we were trying to make sure that they kept us as roommates and the entire summer they were telling us that we were roommates,” Valdez said. “But they said because they got my housing deposit a month and a half after that they switched us.”

If there are not enough cancellations to move all students out of overflow housing, they will continue to live in temporary housing areas, Giles said.

The campus apartments are also at full capacity with 1,700 students. Students are selected to live in Aggie Village, Aggie Village Family, International Housing and University Village based on application date and availability of apartment styles.

In response to the increasing class sizes, Giles said CSU is preparing to build a new 1,400-bed residence hall where Aylesworth and Newsom halls are currently located, which will be called Meridian Village. Demolition is to start in the spring of 2019 and the new hall is scheduled to be opened in 2021.

“The plans can continue to morph and change based on bonding and our first-year classes,” Giles said.