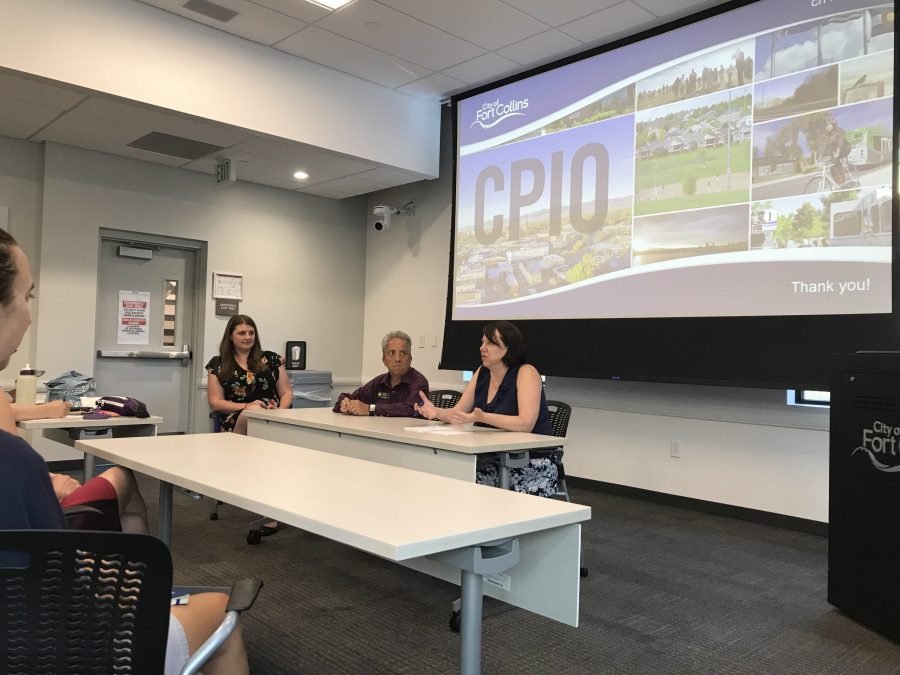 Anyone can be a community leader, and the Leadership Fort Collins alumni hoped to impart exactly how that is possible with their “Make Change Without Change” event Wednesday night.

The event featured a presentation from Fort Collins City staff on how to stay informed and involved with City affairs and a forum with State Senator John Kefalas and City Councilmember Kristin Stephens.

“Our goal is really to figure out how can we fill the holes in our community in terms of starting the conversation, making sure that people don’t just interpret leadership as that tippy-top position of … whatever situation you may be in, but how can people get involved and maybe be a smaller leader in their community,” co-host of the event Hoston Hoffman said.

The presentations aimed to provide tools and knowledge for those looking to make their voice heard by the government, no matter one’s limits of time or money.

After the meeting, participants were emailed substantive packets of additional information to further inform them of how to be civically involved.

Event co-host Julianna Kobs and Annie Bierbower, senior coordinator of public engagement with the City Communications and Public Involvement Office, broke down the different categories of City tools people can use to be involved through the “Your|My|Our City” campaign.

Tools include subscribing to various City newsletters, following the City on their various social media sites, or watching CityView, a short biweekly video update on City news, according to Kobs and Bierbower.

Access Fort Collins is also quick way to submit service requests to the City, something Bierbower said is especially effective for graffiti notifications. The turnaround time can be as fast a day but averages 48 hours.

Another available outlet for civic engagement is the Budgeting for Outcomes community budgeting process, where residents can give the City suggestions on how tax dollars are allocated in the budget.

In the forum portion of the evening, attendees asked Senator Kefalas and Councilmember Stephens exactly what makes a constituent’s voice more powerful.

While Stephens focused more on City involvement and Kefalas focused more on the county and state levels, both acknowledged the impact of contacting and building relationships with elected officials.

Unlike members of the federal government, who may be less accessible, Kefalas said his office is Dazbog’s Coffee and he is always willing to meet with a constituent to talk about issues in-depth. It also helps to know how the official likes to discuss topics be it email or phone, but likely not Facebook Messenger, Kefalas said.

Stephens also noted the power of the public comment portion of City Council meetings. While there is no “magic number” of people needed to address a certain issue, if a handful of dedicated residents bring up an issue during public comment, it definitely makes an impression on City Council, Stephens said.

It is also important to make sure you are addressing the proper people, according to Kefalas and Stephens. Both Stephens and Kefalas spoke of the many times they received complaints or demands about issues they had no influence over.

As far as balancing personal life and activism work, Kefalas said running for office can take significant dedication and to always exercise self-care, making sure to balance work, leisure, family, community and spirituality, however you define those elements.

Stephens, a single mom with two teenagers, said she tries the best she can to balance life, and that her struggles made her a better representative with more empathy for the struggles of her constituents.

“For me, it was really important to make that sacrifice because I felt that I owed it to the people of Fort Collins that they should have someone representing them,” Stephens said. “It was important to me that people on Council really care about the issues that everyone is dealing with and can relate to.”