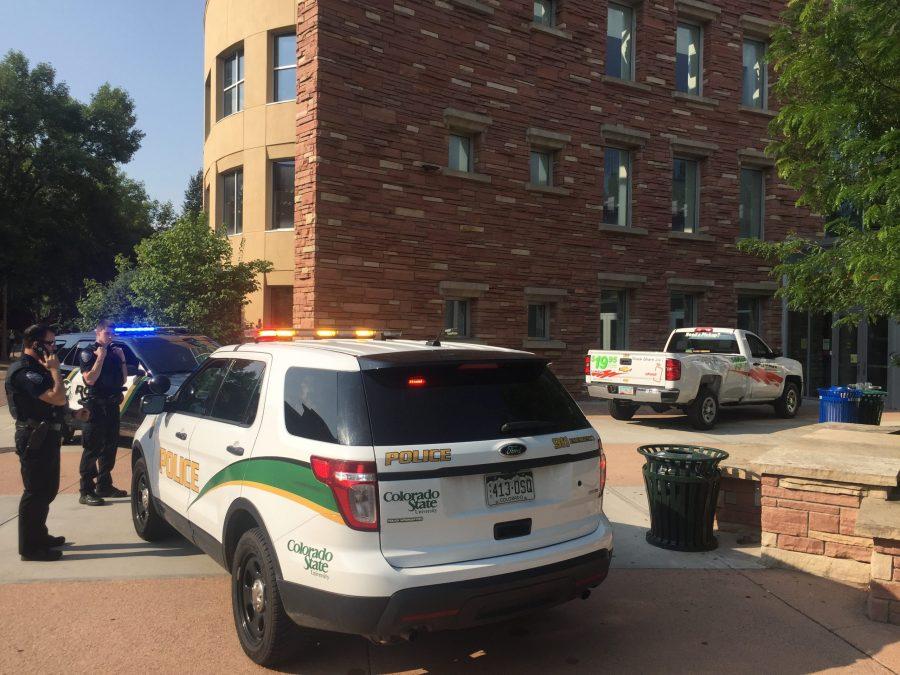 After driving at a high rate of speed around campus, the driver of the U-Haul truck ended up stopping just feet away from the doors of the Morgan Library facing north by the Cube. Photo by Forrest Czarnecki.

Colorado State University police attempted to stop a person driving a vehicle at a high speed on campus this morning, CSU Police Department Public Information Officer Dell Rae Ciaravola wrote in an email to The Collegian.

CSU police saw a female driver operating a U-Haul truck at a high rate of speed from Parmalee Hall at around 8 a.m. Wednesday. The driver drove south on Meridian Avenue, which is currently closed to non-service related traffic. The U-Haul then drove east on Hughes Way towards the Lory Student Center Plaza.

CSUPD attempted to stop the vehicle when the driver turned toward Morgan Library and stopped only a few feet from the doors facing north by the library’s Study Cube. There was no pursuit or chase that occurred, since CSUPD only initiated contact, Ciaravola wrote.

At this point, CSUPD does not believe the driver was targeting a specific building on campus, attempting to drive through a building or aiming to harm other people. Preliminary information indicates the driver may not have been entirely aware of her actions.

No one was harmed during this incident, and the driver was quickly taken into custody without incident. Police will not be releasing any additional information at this time.

Collegian reporter Matthew Bailey can be reached at news@collegian.com or on Twitter @mattnes1999.