The Rocky Mountain Collegian • May 26, 2018 • https://collegian.com/articles/news/2018/05/former-csu-assistant-professor-files-lawsuit-for-sexual-harassment-retaliation-affecting-tenure/ 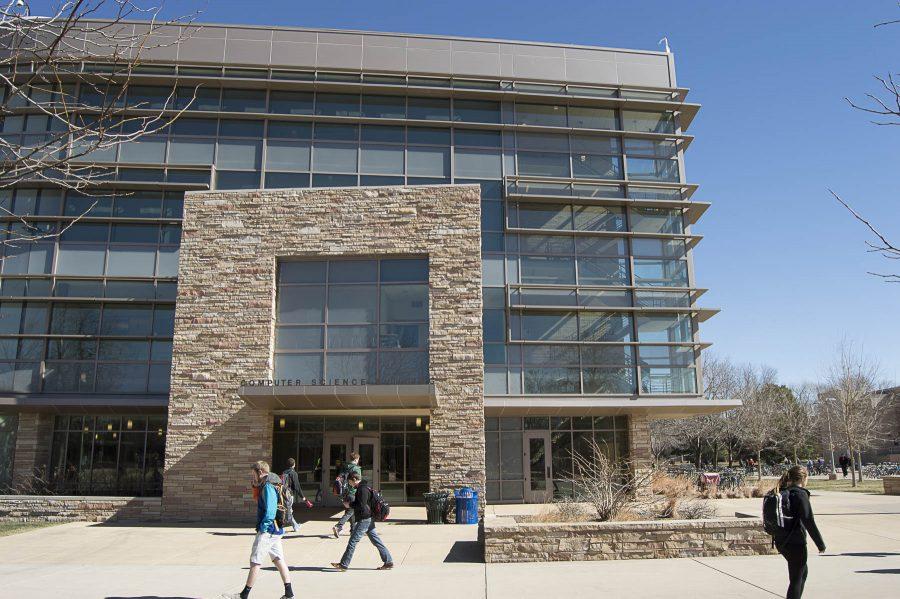 CSU computer scientists and statisticians are working on a three year grant to combat livestock disease. The computer science building is pictured above.

A former Colorado State University assistant professor filed a lawsuit against the University, claiming that she faced retaliation and was forced to resign from her position after reporting to Computer Science Department Chair Darrell Whitley and Dean of the College of Natural Sciences Janice Nerger that another professor sexually harassed her.

In the lawsuit, Christina Boucher who started working for CSU in fall 2012 as a tenure-track assistant professor, said computer science professor Asa Ben Hur would stare at her chest and backside in a sexual manner. After reporting the harassment to Whitley and Nerger, Boucher said her ability to receive tenure at the University was attacked.

The harassment is said to have started during summer 2012 before Boucher started working at CSU.

Boucher said Ben Hur stared at her chest during a dinner attended by other professors. According to court documents, Ben Hur’s actions were so obvious that another attendee said they noticed Ben Hur giving Boucher “googly eyes” during the dinner.

Boucher also said Ben Hur would stare at her chest or backside once she started working at CSU, and Boucher said she thought she was the victim of sexual harassment, according to court documents.

The lawsuit alleges that, before Boucher reported being sexually harassed by Ben Hur to Whitley and Nerger, she received two positive performance reviews from Whitley in March 2013 and March 2014.

In February 2014, the tenure and promotions committee, which Ben Hur sat on, wrote in a letter to Boucher that the committee felt she was “doing very well in all respects” and was “looking forward to (her) achievements in the years to come.”

Boucher also received a 2.5 percent raise in June 2014, making her the highest-paid assistant professor in the department given the length of her employment, according to court documents.

In an email to The Collegian, CSU Director of Public Affairs and Communications Mike Hooker wrote that while the University cannot comment on pending litigation in detail, CSU disputes Boucher’s claims.

“While CSU takes allegations of sexual harassment seriously, CSU strongly disputes Dr. Boucher’s claims and is actively defending against them,” Hooker wrote. “Also, there has been no action taken against any employee based on Dr. Boucher’s allegations because the University has determined that none is warranted. We look forward to the opportunity to present the other side of the case in a court of law.”

In October 2014, Boucher reported to Whitley that Ben Hur continually looked at her chest in a sexual manner. Whitley told Boucher to report the harassment to Nerger and the Office of Equal Opportunity.

Shortly after reporting to Whitley, Boucher told Nerger about the alleged harassment, and Nerger advised Boucher to contact OEO.

According to court documents, Whitley told Ben Hur about Boucher’s complaint, which led to Boucher not being invited to meetings by Ben Hur, even when meetings concerned Boucher’s research or graduate student advisees, and her removal from a student’s thesis committee by Ben Hur.

Boucher also said in the lawsuit that a March 2015 email she received from Nerger indicated that her complaint of sexual harassment could affect her annual evaluations from Whitley.

“Because you have come to see me about the climate in the department and I know things with (Ben Hur) have been disruptive, these two things may well come up in your discussions with (Whitley),” Nerger wrote in the email, according to court documents. “I think having another pair of ears in the room could be useful.”

In his evaluation of Boucher on March 12, 2015, Whitley rated Boucher below expectations in two out of three categories and meets/below expectations overall, which had the potential to negatively impact Boucher’s likelihood to receive tenure, according to court documents.

Boucher reported Whitley’s evaluation to Nerger, stating that she was the victim of discrimination and was being retaliated against. According to the lawsuit, Nerger told Boucher that she was angered by such legally charged terms.

Boucher filed a grievance with the OEO, alleging that Whitley’s negative evaluation was a form of retaliation for reporting that Ben Hur sexually harassed her. The OEO investigated Boucher’s claims of sexual harassment and retaliation, but the investigation allegedly attacked Boucher’s credibility and determined that Boucher’s claims against Ben Hur and Whitley were without merit.

During its meeting on April 3, 2015, the tenure and promotion committee was about to recommend that Boucher was on track for tenure, but Ben Hur, who sat on the committee, argued against Boucher and claimed that she treated him hatefully, according to court documents.

On April 10, 2015, Whitley presented his negative evaluation of Boucher to the committee when it met again to discuss Boucher’s tenure case. The committee determined that Boucher was “doing really well” and “making satisfactory progress toward tenure and promotion” despite Whitley’s evaluation.

Nerger allegedly asked the committee to reconsider its report based on Whitley’s negative evaluation of Boucher after receiving the April 10 meeting report.

Whitley wrote in a letter to Boucher on April 15, 2015 that his primary concern was her “personal interactions with others on campus,” which allegedly referred to Boucher’s sexual harassment complaint against Ben Hur. Whitley wrote that he would recommend the committee re-evaluate Boucher during the 2016-2017 academic year.

According to the lawsuit, one member of the tenure and promotion committee said Ben Hur and Whitley’s retaliation against Boucher “ruined (her) once thriving career at (CSU).”

Whitley also allegedly tried to take lab space away from Boucher’s husband, former computer science professor Jaime Ruiz, after he and Ben Hur argued against Boucher receiving tenure. Whitley also refused to sign off on a research grant for Boucher, and Nerger is said to have held the funds to pay Boucher and Ruiz’s graduate students until they confirmed that they would resign from CSU.

When raises were distributed for the 2015-2016 academic year for the first time after Boucher reported that she was sexually harassed, Boucher said she received a raise of 1.79 percent, which was below the 2-percent raise average for other members of the department. Whitley and Ben Hur received a 2 percent raise and a 2.36 percent raise, respectively, according to court documents.

Boucher was said to have consulted other professors at CSU and determined that she would not get tenure because Whitley, Nerger and Ben Hur would have to recommend her for tenure or promotion.

Boucher said she and her family were forced to move across the country, so Boucher could take a job as an assistant professor in Florida, where she is allegedly further away from tenure than she would have been if she stayed at CSU.

The case is scheduled for a jury trial on Aug. 20 in Larimer County District Court.